Albert Einstein (1879 to 1955) permanently changed the landscape of physics in the early 20th century when he cracked many of the fundamental properties of the Universe. Einstein’s theory of relativity, which covers general and special relativity, remains our most comprehensive model of how time, space and gravity work. General relativity revealed the existence of black holes and the warping of time and space – spacetime – in the presence of tremendous gravity.

Special relativity, meanwhile, determined the laws of physics are identical to all non-accelerating observers.

Most famously, the German-born physicist determined the speed of light in a vacuum is the same, regardless of how fast an observer is moving.

Consequently, events can unfold at the same time for one observer but occur at a different time for another.

Out of this theory of relativity, Einstein derived his best-known formula, E=mc2. 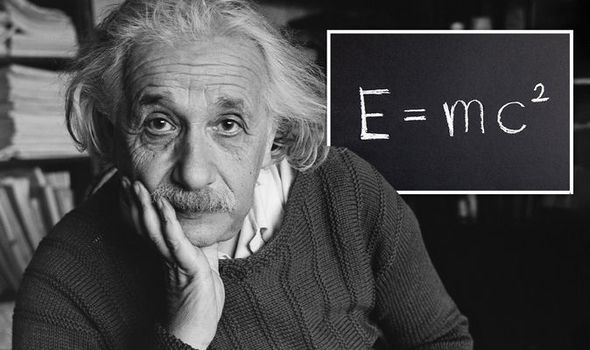 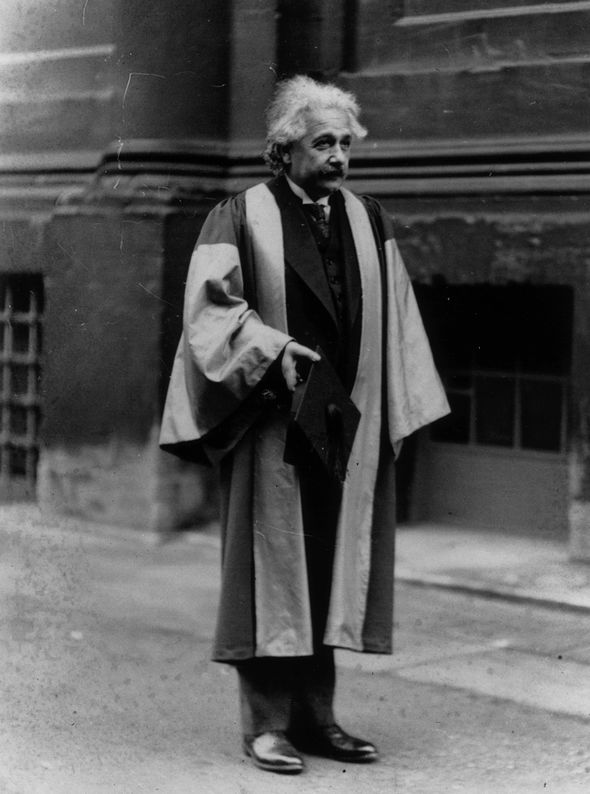 The formula is known as the mass-energy equivalence as it describes the relationship between mass and energy.

You can now listen to Einstein himself explain E=mc2 in an unearthed clip of the theoretical physicist.

The clip was shared online by ZDNet columnist Vala Afshar, who tweeted: “It is incredible to hear Albert Einstein’s voice as he explains his famous formula, E=mc2.”

In the video, Einstein describes how matter and energy are virtually the same thing and you can convert one into the other using his formula.

He says: “It followed from the special theory of relativity that mass and energy are both but different manifestations of the same thing, a somewhat unfamiliar conception for the average mind.

“Furthermore, the equation ‘E’ is equal to ‘M C square’ in which energy is put equal to mass multiplied with the square of the velocity of light showed that a very small amount of mass may be converted into a very large amount of energy, and vice versa.

“The mass and energy were in fact equivalent according to the formula mentioned before.

“This was demonstrated by Cockroft and Walton, in 1932, experimentally.”

Einstein’s special relativity set a restraint on the speed of light, which is 186,000 miles per second or 300 million metres per second. 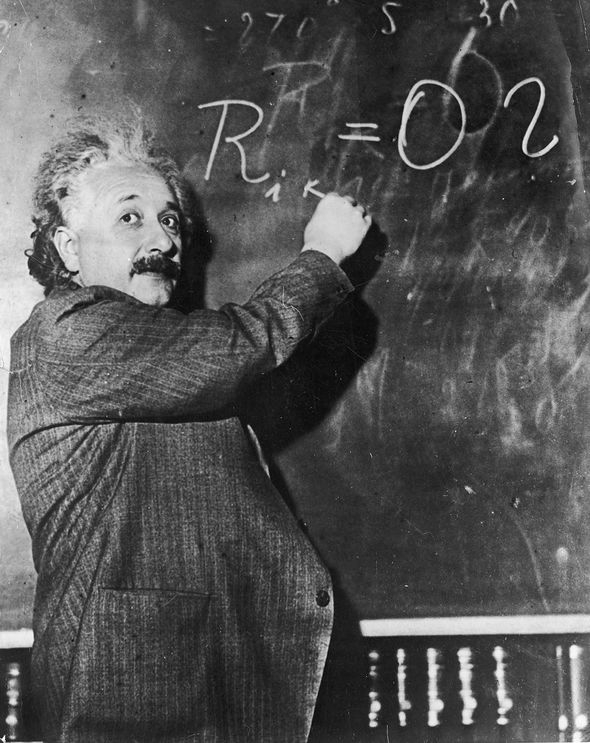 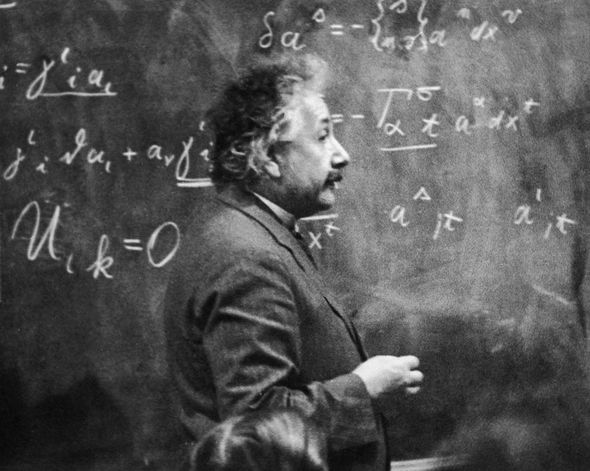 The theory also predicts that nothing can move faster than the speed of light.

In other words, anything with mass would become infinitely heavy and would need infinite amounts of mass to reach that speed.

One major benefit of special relativity that goes unnoticed today is GPS or global positioning system.

Because Einstein predicted time moves slower for objects that are moving faster, GPS satellites need to account for the difference by running on different clocks.

At the same time, general relativity predicted satellites would experience time faster than us because of the curvature on spacetime exerted by Earth’s gravity.

Knowing these two factors, scientists have worked out GPS satellite clocks need to be slightly ahead of those on Earth.

The US space agency NASA explained: “While the difference per day is a matter of millionths of a second, that change really adds up.

“If GPS didn’t have relativity built into its technology, your phone would guide you miles out of your way!”