Is THIS why aliens haven’t visited Earth yet? Extraterrestrial civilisations grow so large they ‘burn out’– missing the chance to set out for new worlds, scientists claim

It’s a question that has puzzled scientists for decades – if there are aliens out there, why haven’t they visited Earth yet?

Now, scientists believe they may have the answer to the so-called Fermi paradox.

Dr Michael Wong, of the Carnegie Institution for Science, and Dr Stuart Bartlett, of California Institute of Technology, claim that extraterrestrial civilisations may grow so large and technical that they hit crisis points, missing the chance to visit new worlds. 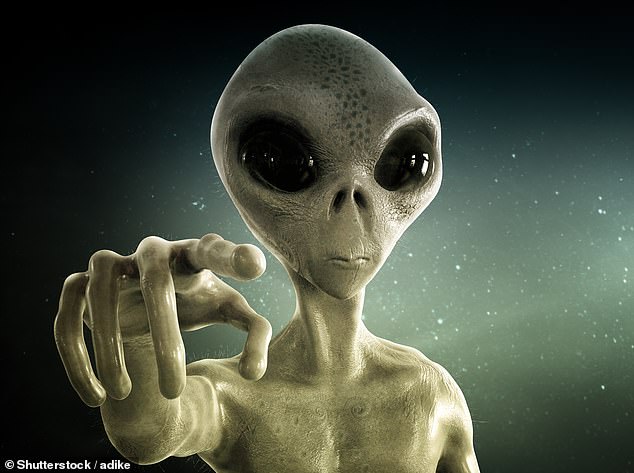 Dr Michael Wong, of the Carnegie Institution for Science, and Dr Stuart Bartlett, of California Institute of Technology, claim that extraterrestrial civilisations grow so large that they hit crisis points, missing the chance to visit new worlds

No life beyond Earth has ever been found; there is no evidence that alien life has ever visited our planet.

However, this does not mean that the universe is lifeless other than on Earth, according to NASA.

The space agency says: ‘While no clear signs of life have ever been detected, the possibility of extraterrestrial biology – the scientific logic that supports it – has grown increasingly plausible.’

One popular school of thought is that our own existence is evidence that there is certainly life on other planets, as the likelihood of Earth being a ‘one-off’ is almost zero.

However, one argument against this is – if there is extraterrestrial life, why have we not found any evidence for it?

The Fermi Paradox questions why, given the estimated 200 billion – 400 billion stars and at least 100 billion planets in our galaxy, there have been no signs of alien life.

The contradiction is named after its creator, Italian physicist Enrico Fermi, who first posed the question back in 1950.

In a new study, published in Royal Society Open Science, Dr Wong and Dr Bartlett set out to crack the 70-year-old puzzle.

The pair analysed previous studies which have shown that cities grow ‘superlinearly’ – at a faster rate than linear – thanks to their social nature.

This superlinear scaling results in crises called ‘singularities’, where population and energy demands supersede innovations, leading to the system’s collapse.

For example, on Earth, the researchers say that ozone depletion, the escalation of weapons of mass destruction and whaling could have led to burnout, had they not been mitigated.

The researchers suggest burnout is likely to happen to alien civilisations too.

‘We hypothesize that once a planetary civilization transitions into a state that can be described as one virtually connected global city, it will face an “asymptotic burnout”, an ultimate crisis where the singularity-interval time scale becomes smaller than the time scale of innovation,’ they wrote.

If alien civilisations can recognise they’re heading towards this burnout, they may be able to put changes in place to prevent it, the researchers added.

However, this reprioritisation of resources could make the alien civilisations even more difficult to detect.

‘We propose a new resolution to the Fermi paradox: civilizations either collapse from burnout or redirect themselves to prioritizing homeostasis, a state where cosmic expansion is no longer a goal, making them difficult to detect remotely,’ the team wrote.

As civilisations near burnout, they may actually be the most detectable to us, according to the team.

‘They would be altering their environments and dissipating free energy in a wildly unsustainable manner – fluctuations on the planetary scale that exhibit the largest signal-to-noise.

‘This presents the possibility that a good many of humanity’s initial detections of extraterrestrial life may be of the intelligent, though not yet wise, kind.

‘Observing such burnouts (provided humanity is long lived enough to do so) would provide potential confirmation of part of our hypothesis.’

The researchers highlight that their study is merely a hypothesis, and further research is needed to prove their theory.

‘The goal of this article is simply to state the burnout–awakening hypothesis and provoke discussion, introspection and future work,’ they concluded.

‘Like so many other astrobiological hypotheses, there is no evidence yet that this idea is true, other than its rooting in the laws of life that seem to govern biological organization on Earth.’

The study comes shortly after researchers from Beijing Normal University estimated how long it might take to actually make contact with extraterrestrials.

In a best case scenario it could be around two millennia, while a pessimistic view is far longer — 400,000 years to be precise.

‘As the only advanced intelligent civilisation on the Earth, one of the most puzzling questions for humans is whether our existence is unique,’ the authors Wenjie Song and He Gao wrote in their study.

‘The reason why we have not received a signal may be that the communication lifetime of human is not long enough at present.’

WHAT IS THE FERMI PARADOX?

The Fermi Paradox questions why, given the estimated 200bn-400bn stars and at least 100bn planets in our galaxy, there have been no signs of alien life.

The contradiction is named after its creator, Italian physicist Enrico Fermi.

He first posed the question back in 1950.

Fermi believed it was too extraordinary that a single extraterrestrial signal or engineering project has yet to be detected in the universe — despite its immense vastness.

Fermi concluded there must a barrier that limits the rise of intelligent, self-aware, technologically advanced space-colonising civilisations.

This barrier is sometimes referred to as the ‘Great Filter’. 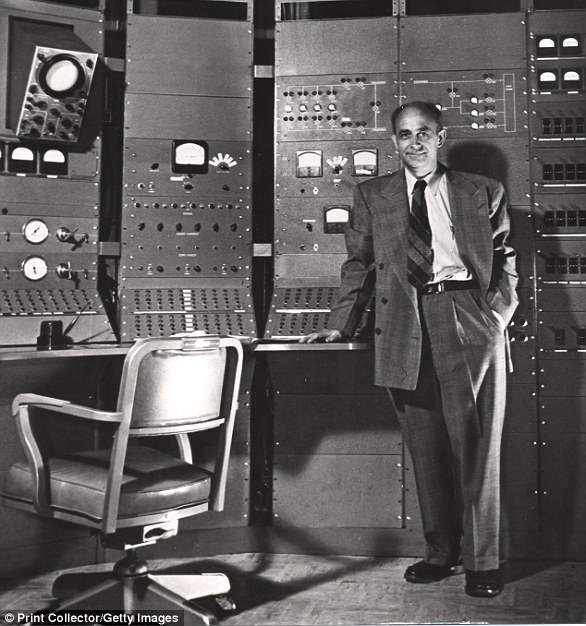 Italian physicist Enrico Fermi devised the so-called Fermi Paradox in the 1950s. It explores why there is no sign of alien life, despite the 100 billions planets in our galaxy

If the main obstacle preventing the colonisation of other planets is not in our past, then the barrier that will stop humanity’s prospects of reaching other worlds must lie in our future, scientists have theorised.

Professor Brian Cox believes the advances in science and engineering required by a civilisation to start conquering the stars ultimately lead to its destruction.

He said: ‘One solution to the Fermi paradox is that it is not possible to run a world that has the power to destroy itself and that needs global collaborative solutions to prevent that.

‘It may be that the growth of science and engineering inevitably outstrips the development of political expertise, leading to disaster.’

Other possible explanations for the Fermi Paradox include that no other intelligent species have arisen in the universe, intelligent alien species are out there — but lack the necessary technology to communicate with Earth.

Some believe that the distances between intelligent civilsations are too great to allow any kind of two-way communication.

If two worlds are separated by several thousand light-years, it’s possible that one or both civilisation will be extinct before a dialogue can be established.

The so-called Zoo hypothesis claims intelligent alien life is out there, but deliberately avoids any contact with life on Earth to allow its natural evolution.