This monster of the prehistoric seas is estimated to have been as large as a great white shark. This ancient fish is consequently believed to be the largest of its type to be found by chance.

The discovery by scientists from the University of Portsmouth is a species of the so-called “living fossil” coelacanths.

It was astonishing to deduce that this particular fish was enormous

These marine animals can be found still swimming our seas, having survived the Cretaceous–Paleogene (K–Pg) extinction event responsible for wiping out the dinosaurs.

Most surprising of all was the discovery occurred totally by accident.

Professor David Martill, a palaeontologist from the University’s School of the Environment, Geography and Geosciences, was asked to identify a large bone in a private collection in London. 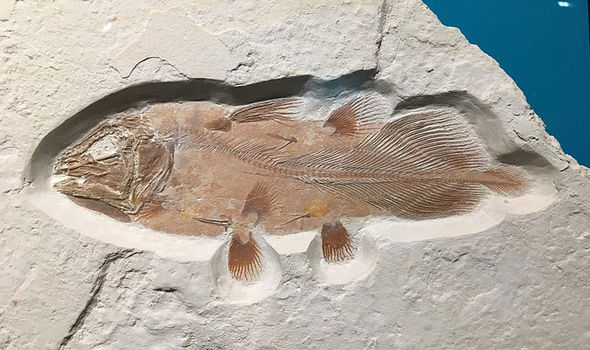 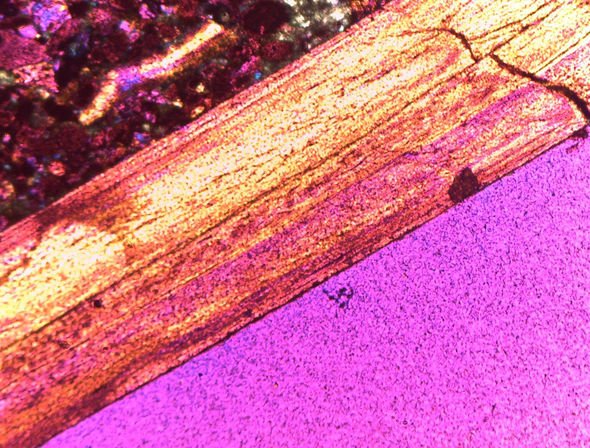 The collector had bought the specimen, believing the bone was probably just a fragment of a pterodactyls’ skull.

Professor Martill revealed his great surprise to discover it was not a single bone but made up of many thin bony plates.

He said: “The thin bony plates were arranged like a barrel, but with the staves going round instead of from top to bottom.

“Only one animal has such a structure and that is the coelacanth – we’d found a bony lung of this remarkable and bizarre-looking fish. 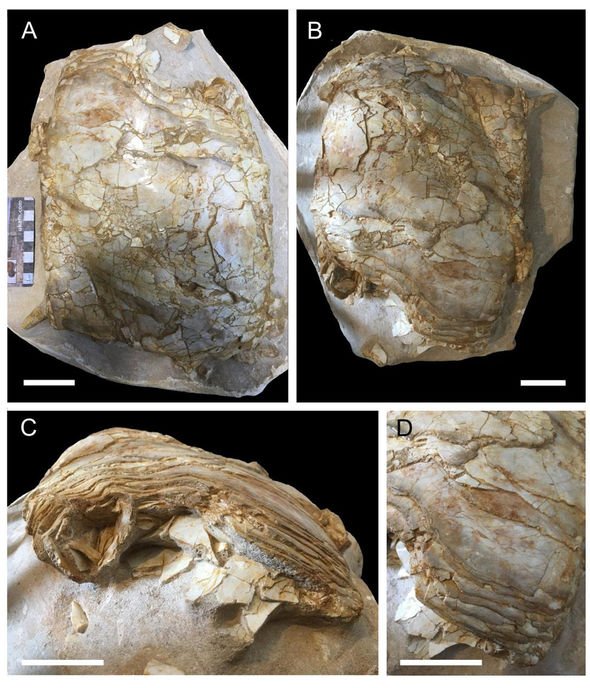 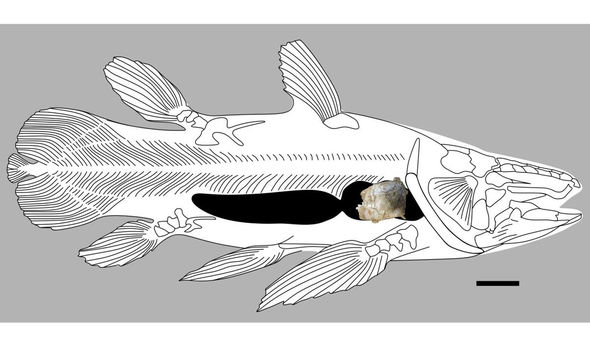 “The collector was mightily disappointed he didn’t have a pterosaur skull, but my colleagues and I were thrilled as no coelacanth has ever been found in the phosphate deposits of Morocco, and this example was absolutely massive!”

Dr Brito has studied coelacanths for more than two decades and is an expert on their lungs – and even he was amazed at this new specimen’s scale.

The fossil had been embedded in a block of phosphate, backed with plaster and covered in a coating of lacquer, causing the bones to discolour.

The coelacanth was discovered next to a pterodactyl, proving it lived in the Cretaceous era approximately 66 million years ago.

The private owner offered to detach the remains of the bony lung from the slab and provide it to the researchers for free.

The experts then had to remove the coating and further expose the bones with specialist equipment, including dental tools and fine brushes.

Professor Martill’s team then concluded they had found a surprisingly-large coelacanth because of the lungs’ freakish size. 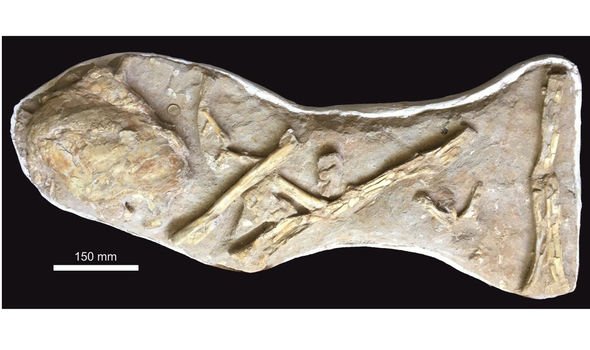 The experts calculated it may have been more than 16ft (5m) long, making the relic substantially larger than the endangered modern-day coelacanths, which only grow to a maximum length of 7ft (2m).

Professor Martill said: “We only had a single, albeit massive lung so our conclusions required some quite complex calculations.

“It was astonishing to deduce that this particular fish was enormous – quite a bit longer than the length of a stand-up paddle board and likely the largest coelacanth ever discovered.”

The giant fish had long been believed to be extinct, however, in 1938 a living coelacanth was found off South Africa.