Home » Science » Another Thing a Triceratops Shares With an Elephant

In a lush, bygone landscape, a hungry Triceratops munches on low-lying ferns and cone-bearing cycad plants to power its 10-ton frame. The animal swallows huge mouthfuls of roughage, seeds and all, before ambling off in search of new feeding grounds.

Days later and miles away, the Triceratops empties its bowels, sowing the seeds of the plants it ate, complete with fertilizer, in more far-flung soil than could be reached without it.

The dispersal of plant seeds within the bodies of animals, known as zoochory, is so common in modern ecosystems that plants often tailor their fruits and flowers to appeal to specific carriers. Fossils of poop and gut contents indicate that plant seeds also hitched rides in dinosaur bellies, though it’s unclear if these relationships were as widespread and sophisticated as they are today.

George Perry, a forest ecologist at the University of Auckland who studies human pressures on seed dispersal, got to thinking about this topic during New Zealand’s coronavirus lockdowns.

“I know from modern ecosystems that large animals are important seed dispersers,” Dr. Perry said. “I thought, I’ve got all the pieces: What’s the most massive animal ever and how far might it have moved seeds?”

In a study published Wednesday in Biology Letters, Dr. Perry laid out a framework for calculating how far dinosaurs — ranging in weight from roughly 20 pounds to 90 tons — might have carried the seeds of prehistoric plants. He found that dinosaurs such as Triceratops or Stegosaurus had the right mix of size and speed to deposit seeds between three and 20 miles from parent plants. That’s comparable to the African bush elephant, which transports seeds across a mile and a half on average, but can move them as far as 40 miles. 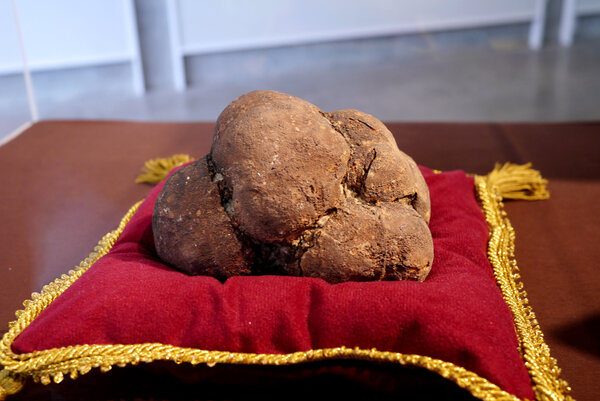 Dr. Perry’s simulations depend on two main factors: the speed of a dinosaur and the amount of time it retains seeds before eliminating them. It’s challenging to pin down these values because of the limitations of the fossil record. That said, body mass is linked to walking speed and seed retention time in modern animals, which can be used as a rough analog for past ecosystems.

“What we really want to be able to do is get a GPS tracker and put it on a dinosaur and follow it around, but we can’t do that,” Dr. Perry said. For this reason, the study’s assumptions are “reasonably conservative,” he added.

Large animals typically travel farther, and retain seeds longer, compared with smaller animals. But extremely massive dinosaurs, such as the 90-ton Argentinosaurus, may have been slower than midsize herbivores. That means grazers like Triceratops were probably the most effective dispersers of seeds because of their more modest body sizes yet still prodigious appetites.

“Seed dispersal potentials of extinct animals are of great importance, and Dr. Perry estimated those of dinosaurs in a sensible way,” said Tetsuro Yoshikawa, a plant ecologist at the National Institute for Environmental Studies in Japan who has published research on this topic.

“Since extant terrestrial animals, such as elephants and bears, can transport seeds several kilometers in some cases, it is possible for large-sized dinosaurs to have similar potentials.”

Dr. Perry’s study is “a great example of how with clever lateral thinking, a scientist can come up with ways of getting insight into a question that — at face value — could only be answered with a time machine,” said John Hall, a plant ecologist at the University of Queensland and an expert on cycad plants.

Of course, it would be wonderful if scientists could plunge elbow deep into real dino dung, à la Ellie Sattler in “Jurassic Park.” Alas, the finer details of these complex ecosystems will most likely remain shrouded in mystery and speculation.

“When we look at the natural world today, the diversity and intimacy of the close symbiotic relationships between plants and animals that pollinate flowers and disperse seeds is just staggering,” Dr. Hall said.