Researchers drilling nearly a kilometre into the Antarctic Filchner-Ronne Ice Shelf have unexpectedly found evidence of life. Scientists dropped a camera down a 900m borehole to reveal a number of animals, including sponges and barnacles. Huw Griffiths of the British Antarctic Survey said: “There’s all sorts of reasons they shouldn’t be there.”

According to the expert, this is the farthest down under ice that researchers have found these filter-feeding animals.

Discovered in complete darkness, the animals were found stuck to a rock.

He said: “These things are stuck on a rock and only get fed if something comes floating along.

“It was a real shock to find them there, a really good shock, but we can’t do DNA tests, we can’t work out what they’ve been eating, or how old they are. 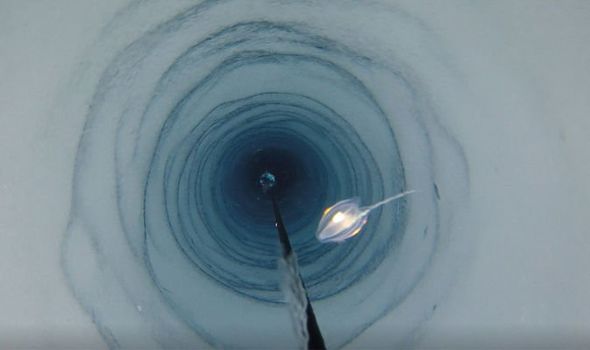 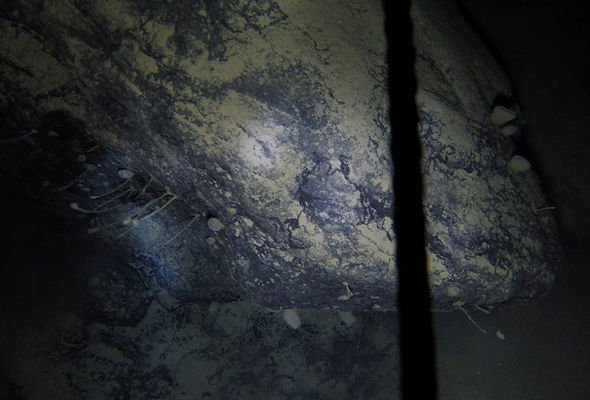 “We don’t even know if they are new species, but they’re definitely living in a place where we wouldn’t expect them to be living

The animals were found some 260km from the open ocean and in waters where temperatures reach -2.2C.

In these conditions, very few animals have ever been observed.

The discovery was published in a paper in Frontiers in Marine Science.

The study is the first to discover stationary life – animals like sponges as well as possibly unknown species – attached to rock on the sea floor. 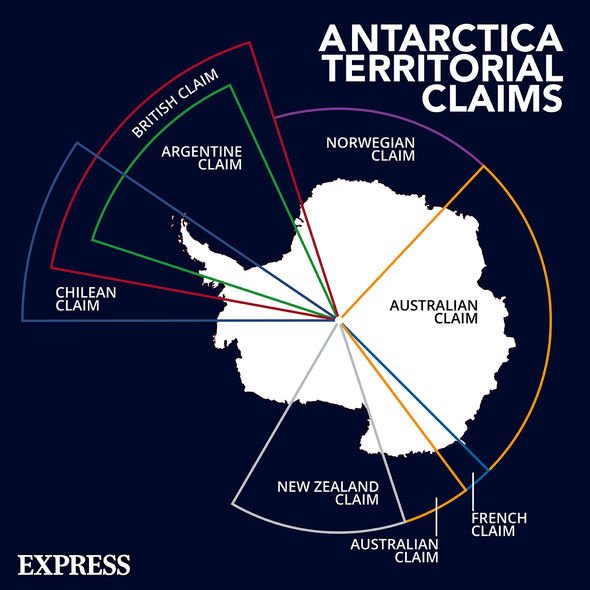 The paper reads: “This new evidence requires us to rethink our ideas with regard to the diversity of community types found under ice shelves, the key factors which control their distribution and their vulnerability to environmental change and ice shelf collapse.”

The researchers will now want to learn as much about these creatures as possible.

How did they get there and how long have they been under the ice shelf? What do the animals feed on and just how common are they?

Dr Griffiths said: “This discovery is one of those fortunate accidents that pushes ideas in a different direction and shows us that Antarctic marine life is incredibly special and amazingly adapted to a frozen world.”

Present theories about life under ice shelves suggest life becomes less abundant the farther away it is from sunlight and open oceans.

Past studies have so far found small fish, worms, krill and jellyfish in these environments.

Filter-feeding organisms, however, were not expected to be found this deep because they rely on food from above.

The scientists were, therefore, extremely surprised to find the boulder covered with the organisms.

The discovery also marks the first time geologists have stumbled upon a hard substrate – the boulder – deep under an ice shelf.

The researchers originally expected to hit upon a bed of mud at the sea floor.

Dr Griffiths said: “To answer our questions we will have to find a way of getting up close with these animals and their environment—and that’s under 900 meters of ice, 260km away from the ships where our labs are.

“This means that as polar scientists, we are going to have to find new and innovative ways to study them and answer all the new questions we have.”

Unfortunately, the threat of climate change and global warming means time is running out to study these creatures.