The icy continent serves as a scientific haven for more than 1,000 researchers around the year, who monitor climate change and study Earth’s history. But this unspoilt world may not stay that way forever. More than 80 percent of Earth’s freshwater reserves are stored in Antarctica – enough to raise global sea levels by about 60 metres if it melted.

And Vox’s documentary ‘Why scientists are so worried about Thwaites Glacier’ explained why one part of the ice sheet melting could have catastrophic consequences.

The series said: “Antarctica holds the largest chunk of ice on Earth.

“And it’s in big trouble. Largely because of this – the Thwaites Glacier. 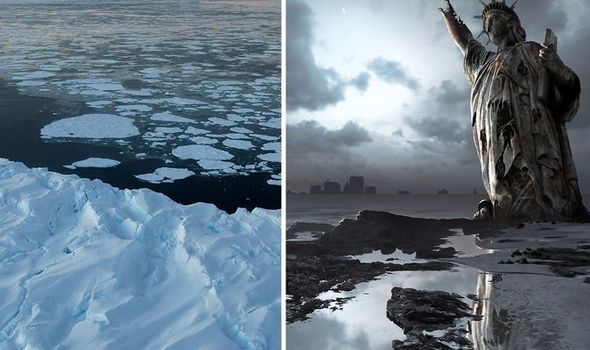 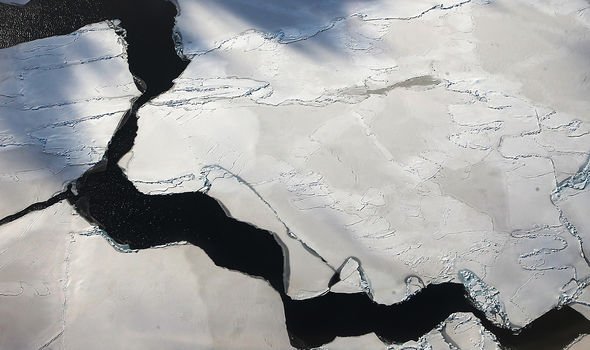 “Its face towers as high as a six-storey building and extends for 120km (75 miles) across the coast of West Antarctica. Making it about the size of Florida.

“It’s a humongous glacier that reaches right into the heart of West Antarctica and that’s a major problem because in the past couple decades it’s become increasingly clear that the Thwaites Glacier is falling apart.”

The documentary explained how the ice sheet sits on top of the bedrock in the southern continent.

It added: “This is the Antarctic ice sheet. It’s thickest in the middle, where years and years of snowfall compacts into ice.

“As the middle builds, it pushes ice out towards the oceans via glaciers and the part of a glacier that floats on water is its ice shelf. 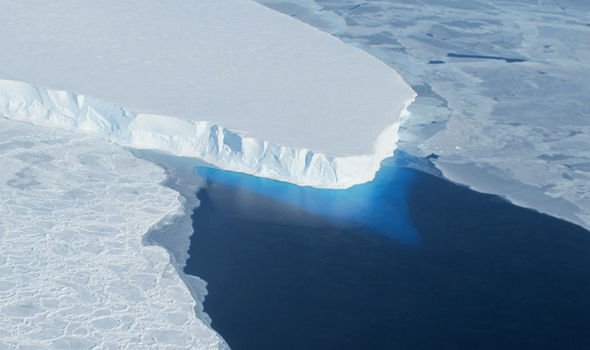 “Today, man-made climate change is warming the air and water around Antarctica, causing each side of the ice sheet to melt – but at very different speeds.

“But West Antarctica is different, most of it lies below sea level.”

The series detailed why one part of the ice sheet is more vulnerable.

It added: “That means as it thins, water can undermine it. Possibly kick-starting a rapid collapse.

“It’s why West Antarctica is considered the most important piece of ice in the world when it comes to climate change. 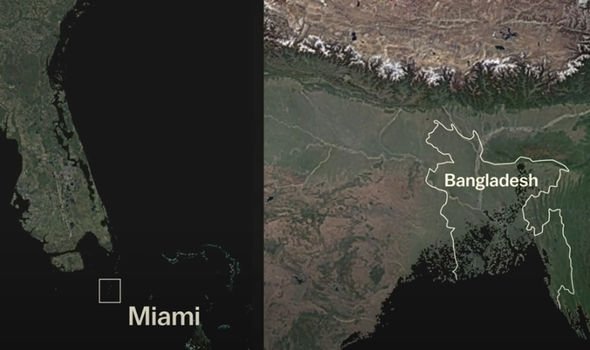 “The Thwaites Glacier could be the most dangerous glacier in the world. Surrounded by three mighty oceans, the seas are as much a part of Antarctica, as her highest mountain.

“Right now, Thwaites is barely hanging on. The amount of ice flowing from Thwaites has doubled over the past 30 years and already contributes four percent to global sea level rise.”

Scientists have long warned about the potential for Thwaites Glacier to melt.

But the series explained why sea level rise is not just a problem for Antarctica.

It said last year: “Scientists have recently detected a huge cavity two-thirds the size of Manhattan.

“The complete collapse of Thwaites will take centuries and it’s affected by many different things, from the temperature of the ocean currents to the makeup of the bedrock. 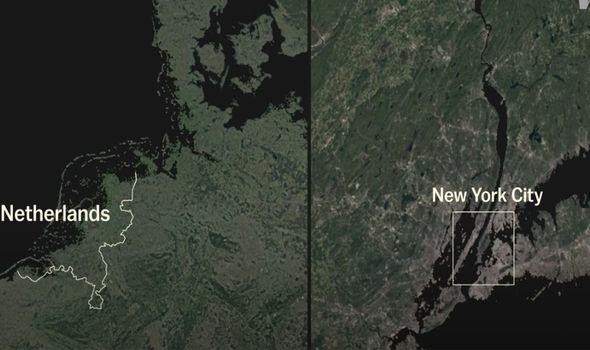 “The collapse of Thwaites would add about half a metre of sea level rise. And trigger a much bigger catastrophe.

“Because Thwaites reaches into the middle of West Antarctica, its collapse could cause the rest of the ice sheet to collapse with it, resulting in more than three metres of sea level rise in the next few centuries.

“That would submerge not only Miami and southern Bangladesh but also parts of the Netherlands and New York City.”

One of the main contributors to climate change is human emissions of greenhouse gases and Express.co.uk has launched a campaign to help combat this.

Along with green entrepreneur Dale Vince, we are calling on the Government to scrap VAT on green products and to make more space for nature.

Express.co.uk is calling on Prime Minister Boris Johnson to show world leadership on the issue in the run-up to the G7 summit in Cornwall in June and the crunch Cop 26 climate change summit in Glasgow in November.