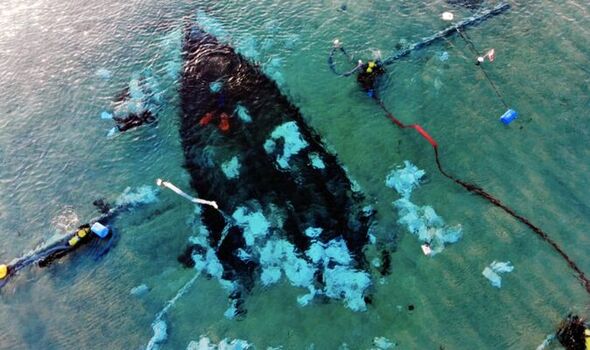 Archaeologists have made a stunning breakthrough after a shipwreck found off the coast of Israel revealed that ancient merchants from across the Mediterranean still flocked to the port despite the conquest of the Holy Land. The ancient merchant ship carrying goods from far-away lands was found in the water by the Israeli kibbutz of Maagan Michael and is thought to have sunk more than 1,200 years ago.

During this time, the Christian Byzantine Empire was starting to become overpowered by the Islamic republic, which had expanded its influence to the eastern Mediterranean region.

Researchers claim that the shipwreck, which dates back to at least the 7th or 8th century, provides evidence that, despite the religious differences in the region, trade was still alive and well as the ship contained goods from across the Mediterranean region – from Cyprus and Egypt, to maybe Turkey and as the North African coast.

Deborah Cvikel, a nautical archaeologist at the University of Haifa, leader of the excavation, said: “It is unique first because of its size…and because of its dating.”

She later added: “The history books, they usually tell us that … commerce almost stopped. There was no international commerce in the Mediterranean. We had mainly smaller vessels sailing along the coast doing cabotage. 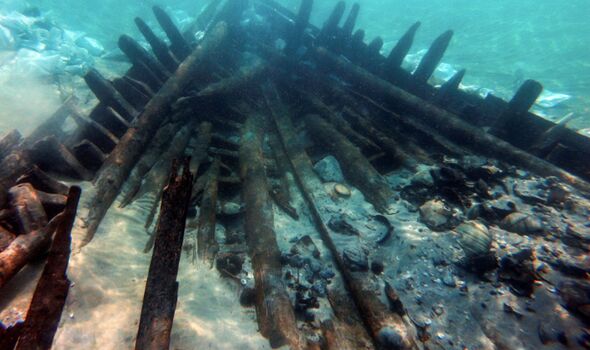 “Here we have a large shipwreck, which we think the original ship was around 25 metres (82 feet) long, and…laden with cargo from all over the Mediterranean.”

The Israel Science Foundation, Honor Frost Foundation and the Institute of Nautical Archaeology at Texas A&M University have all backed the dig.

The divers who went into the waters and retrieved the stunning array of goods from the ancient wreckage said it was the largest ship they have ever excavated and had to use underwater vacuums to clear nearly five feet of sound to uncover the finds.

Following this, they discovered more than 200 amphoras that still contained ingredients from the Mediterranean diet, such as fish sauce, and a variety of olives, dates and figs. 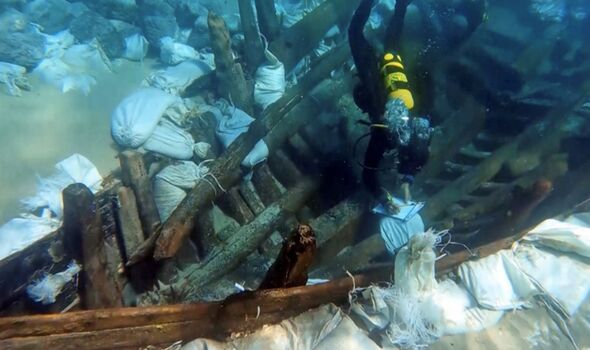 They also found sailing tools like ropes and personal items, including wooden combs. Animal remains were also uncovered from the boat, including beetles and six rats.

Ms Cvikel said: “You have to be very attentive because some of the remains, like fish bones, or rat bones, or olive pits, they are so tiny that they could be lost in a split second.”

In another showing of the variety of goods, symbols of the Christian Byzantine church could be found on some of the cargo, while other goods had Arabic writing inscribed on them.

But this is not the only ancient shipwreck to have been found in Israeli waters in recent times. Back in December last year, hundreds of rare antiquities were unearthed from two ships that sank roughly 1,700 and 600 years ago off the coast of Caesarea.

DON’T MISS
‘Frack away!’ Truss praised for scrapping fracking ban [REPORT]
Fracking in UK MAPPED- What areas are likely to be targeted [INSIGHT]
Truss ends rationing fears with vow to stand up to Putin [REVEAL] 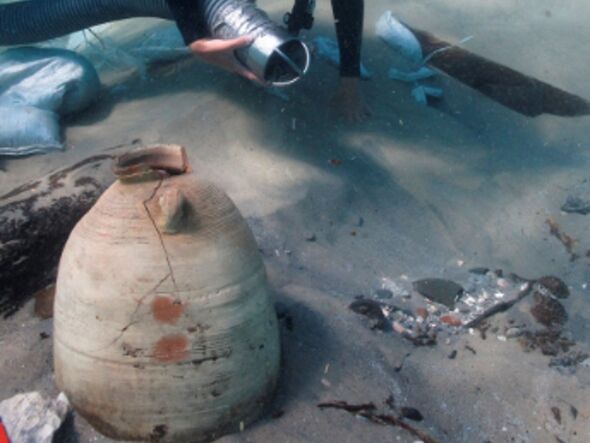 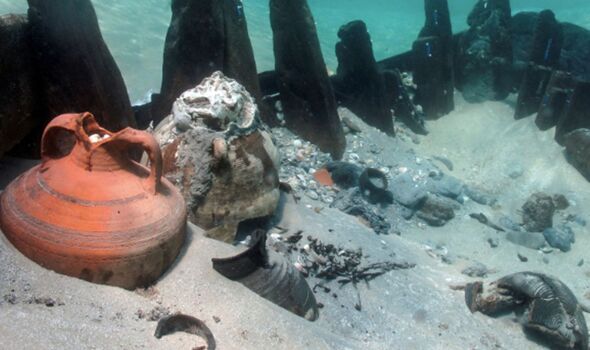 The artefacts found included, bells, gemstones and figurines from the third-century Roman and 14th-century Mameluke periods. Also discovered amongst the wreckages was a gold ring which had an image of the “good shepherd” used by early Christians to symbolize Jesus on it.

A red gemstone that is thought to have belonged to someone who died in the shipwreck and is carved with the image of a lyre, an instrument which was highly symbolic and significant in both Jewish and Greek tradition, was also found.

Experts have speculated that the ships were anchored near Caesarea when they sank because of a rough storm and were likely filled with passengers as the sailors attempted to manoeuvre them into the port.