The mythical island, which was said to be a strong naval power that besieged Ancient Athens, was first described by the Greek writer Plato in his texts ‘Timaeus’ and ‘Critias’. In the story, Athens repelled the Atlantean attack unlike any other nation of the known world, supposedly giving testament to the superiority of ancient Greece. The legend concluded with Atlantis falling out of favour with the deities and submerging below the Atlantic Ocean, never to be seen again.

But National Geographic’s ‘Legend of Atlantis’ documentary revealed how a diver stumbled across what was tipped to be a man-made structure, sparking interest in the lost city again.

The narrator said: “Using science and not science fiction, draining the oceans exposes new evidence about Atlantis and other stories of great sunken cities around the world.

“As the waters recede from around the remote Japanese island of Yonaguni, a mysterious formation begins to appear.

“Could it be the creation of an advanced, ancient people? 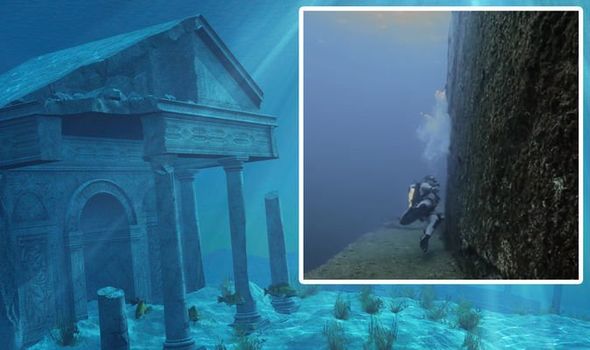 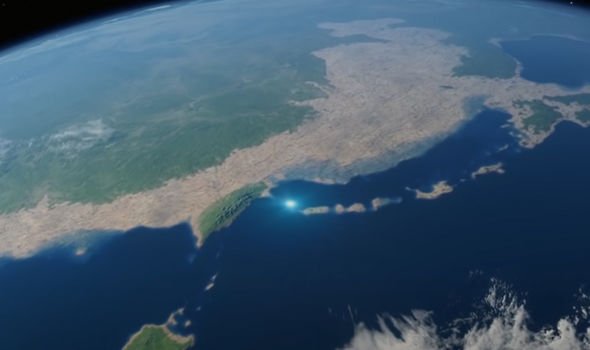 “Yonaguni lies in the East China Sea, the waters here are perilous.”

Kihachiro Aratake, the diver who battled sharks, powerful currents and treacherous weather conditions to explore the site, revealed what he first saw.

He said: “The water was crystal clear.

“I felt as though I was looking down from the seabed from the sky. 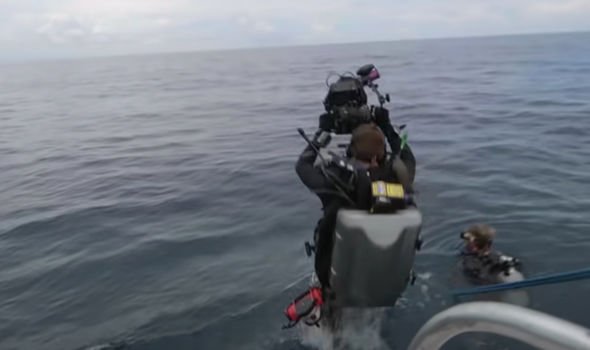 “I thought for a moment it was similar to the Machu Picchu ruins. I named the spot ‘the submarine ruins’.”

The documentary revealed more details about what Mr Aratake found, before speculating it was man-made.

It added: “It’s an extraordinary spectacle, the size of five football fields.

“Smooth-sided walls rise up to the summit, the height of an eight-storey building.

“Flights of stone steps climb up from the base and on every side, the shapes and forms are strikingly regular. 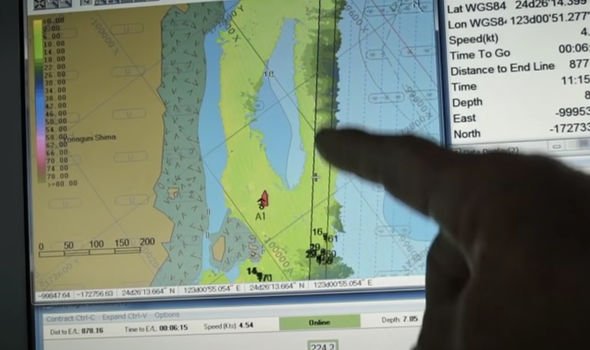 “It can’t be formed naturally, without human involvement, so what could it be?”

Professor of Basic Structures of Human Societies Hironobu Kan completed a sonar scan of the area to build a better picture.

The series continued last week: “Using this data, it’s possible, for the very first time to drain the water and reveal what lies beneath in exact detail.

“The summit of the mysterious structure begins to appear.

“Water pours off its smooth terraced layers, exposing them once again to the sky.

“And with the monument left high and dry, its true scale becomes clear.”

Known as the Yonaguni Monument, the submerged rock formation is located off the coast of the Ryukyu Islands, in Japan, placing it on the other side of the globe to where Plato said Atlantis submerged. 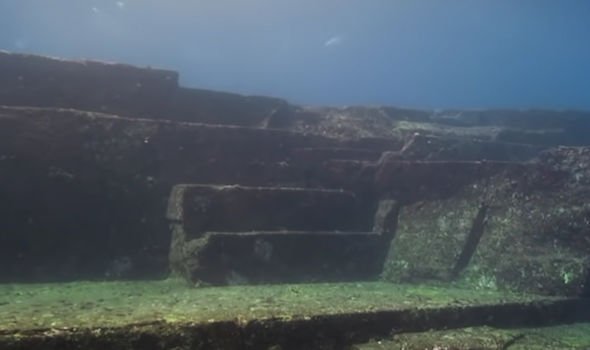 Marine geologist Masaaki Kimura previously claimed that the formation is man-made stepped monoliths, but that has been described as “pseudo archaeology” by other experts.

Neither the Japanese Agency for Cultural Affairs nor the government of Okinawa Prefecture, in the East China Sea, recognises the features as important cultural artefacts and neither government agency has carried out research or preservation work on the site.

While present-day philologists and classicists agree on Atlantis’ fictional character, there is still debate on what served as its inspiration.

Plato is known to have freely borrowed some of his allegories and metaphors from older traditions.

This led a number of scholars to investigate possible inspiration of Atlantis from Egyptian records of the Thera eruption, the Sea Peoples invasion, or the Trojan War.

Others have rejected this chain of tradition as implausible and insist that Plato created an entirely fictional account.