Home » Breathing Through the Rectum Saves Oxygen-Starved Mice and Pigs

Dr. Caleb Kelly, a gastroenterology fellow at Yale University, was recently asked to review a paper about mammals receiving lifesaving oxygen through their anuses. “I laughed, to be honest,” he said. “I thought it was a joke.”

It seems like a no-brainer that bottoms are not for breathing. But the authors of a new study, published Friday in the journal Med, are perfectly serious. They showed that when some mice or pigs are dangerously deprived of air, an enema of oxygen-carrying liquid can rescue them.

“It actually turns out it could be a feasible approach,” said Dr. Kelly, who wrote a commentary accompanying the new paper.

Dr. Takanori Takebe, of the Tokyo Medical and Dental University and the Cincinnati Children’s Hospital Medical Center, was motivated to study this unusual idea by his father’s struggle with lung disease. Mechanical ventilators can keep patients alive when their lungs are failing, but these tools aren’t always available, and they can run out, as the Covid-19 pandemic has shown.

And although he may be a ways off from studying the idea in human patients, Dr. Takebe said that “we clearly need different strategies to help out patients with severe lung failure.”

His research had focused on using stem cells in dishes to grow miniature organs, such as lungs. Then he decided to try something totally different: Instead of growing new organs, why not repurpose the organs that mammals, including people, already have?

Turning to the animal kingdom for inspiration, Dr. Takebe learned that many fish and other creatures have evolved multitasking organs. For example, fish called loaches use their gills to take oxygen from the water, as most fish do. But they can also pop their heads above the surface for a gulp of air. Loaches don’t have lungs, so the air they swallow travels through their digestive tract, where their intestines absorb the oxygen they need.

Dr. Takebe and his co-authors set out to see if a mammal’s intestines could also absorb oxygen. They started by simply pumping oxygen gas up the rectums of anesthetized, oxygen-deprived mice. Though the procedure helped the mice survive longer, it worked best when researchers scraped the intestinal wall to thin it, making this method not very appealing for treating sick human patients.

Next the scientists tried delivering oxygen in liquid form. They added oxygen to a perfluorochemical, a compound “that has an incredible capacity to absorb gases,” Dr. Kelly said. Perfluorochemicals were even tested as a kind of artificial blood in the early 2000s. 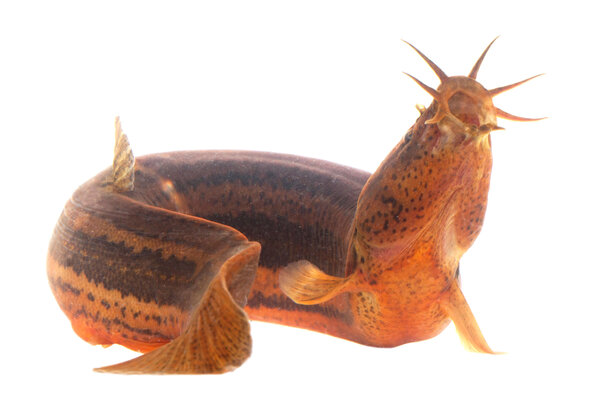 The scientists squirted this oxygen-packed liquid into the rectums of mice and pigs. They found that when the animals were dangerously deprived of oxygen, the procedure boosted their blood oxygen. The mice started walking around again; the pale skin of the anesthetized pigs turned a healthy pink.

Dr. Takebe said that he didn’t expect the procedure to work as well as it did. “They are completely recovering from the very, very severe hypoxia,” he said. “That was really astonishing to me.”

A mammal doesn’t use its colon for breathing. But anyone who has used a suppository knows that this thin-walled organ is adept at filtering substances into the body. “What separates the environment from inside the body is a single layer of cells,” Dr. Kelly said. Furthermore, he said, it’s normal for gastrointestinal tracts to absorb gases. Doctors can even diagnose illness by detecting gases from gut-dwelling bacteria on a person’s breath.

Like a sick human gasping for air, fish sometimes find themselves in dire need of oxygen, said Jonathan Mark Wilson, a biologist at Wilfrid Laurier University in Waterloo, Canada. For example, they may live in a pond or puddle that’s overcrowded with other animals. That’s why many species have evolved ways to breathe air at the surface, as loaches do, Dr. Wilson said.

Dr. Wilson doesn’t know of any animals that literally inhale air through their bottoms. But turtles spend the winter sitting on the bottom of a pond, never coming up for air, and survive by taking in oxygen from the water via their rear ends. Mimicking such a process in mammals “makes a lot of sense,” he said.

Dr. Takebe sees an urgent need for better ways to get oxygen to critically ill patients. “I am really keen on pursuing the clinical translation potentials as fast as possible,” he said.

Toward that end, he’s just begun a start-up in Japan called EVA Therapeutics, Inc. (EVA stands for enteral ventilation via anus, the name of his technique). He said that the method’s safety in humans needed to be carefully evaluated, but that he was hoping to begin clinical trials as early as next year.

Dr. Kelly says that while the concept is “fascinating,” he’s not sure if it’s ready for prime time yet. “It’s kind of a startling idea, to use that part of human anatomy for gas exchange,” he said.

Still, he added, the weirdness doesn’t mean we should dismiss it. “It really should be the data,” he said, “rather than our visceral reactions to the concept, that guide us.”