Known for their windowpane wing design and bright orange color, Western monarch butterflies add a dash of magic to the California coast, where they spend the winter. Now a coalition of conservation groups, the California Department of Fish and Wildlife, and the environmentalist organization River Partners are working together to extend a lifeline to the monarchs, whose population has been dwindling drastically.

The groups have embarked on an effort to add 30,000 milkweed plants across the state to provide the butterflies with places to breed and acquire the sustenance for migration.

The Western monarchs’ California population has fallen 99 percent since the 1980s, The San Francisco Chronicle reported. A major factor in that drop has been a decline in milkweed caused by farming and pesticide use. Milkweed is vital to monarchs as a place to lay eggs and as a food source for their caterpillars.

Monarch butterflies do something called “overwintering” on the coast of California — spending time there from October to March before migrating farther inland to breed.

Every year around Thanksgiving, volunteers count the migrating monarchs at the coastal overwintering sites, said Cheryl Schultz, a biology professor at Washington State University who works with the River Partners project. In 2019, 29,000 butterflies overwintered in California. A year later, that number was just 2,000, she said.

In response, California put forward a $1 million state-funded initiative to restore the Western monarchs’ natural habitat — and hopefully the population itself — by planting 600 acres of milkweed statewide.

“It’s going to take time for that habit to establish,” Dr. Schultz said. “It’s not like we can plant milkweed today and poof, you know, three months from now we have 40 functioning habits for monarchs. Different areas will take different amounts of time to come online.” 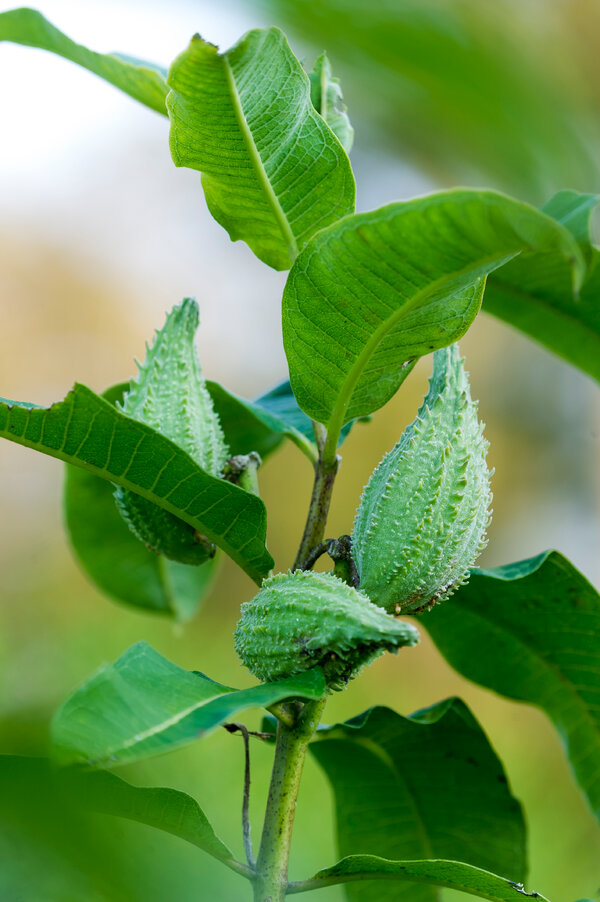 Although monarch butterflies are faced with extinction, the species is not federally protected because other species are a higher priority, federal officials announced in December.

According to the U.S. Forest Service, milkweed is a wildflower known for being “a mega food market for insects.” Almost 500 types of insects, including butterflies, feed on some part of the milkweed plant — its sap, leaves and flowers all provide nutrition.

Dr. Schultz said that, aside from being a source of food, milkweed contains cardenolides, enzymes that when digested by monarch caterpillars make them toxic to predators like birds.

California’s project is using three different varieties of milkweed: showy milkweed, narrowleaf milkweed, and a desert milkweed. Local nurseries were called upon to provide the milkweed plugs for the planting effort.

Recent conservation efforts in other states have proven effective. The Fender’s blue butterfly, found in Oregon, was listed as an endangered species in 2000, which motivated conservation groups, biologists, and the U.S. Fish and Wildlife Service to come together to understand the biology of the species.

“In combination with a lot of partnerships with the science and taking the time to actually get the conservation and get the actions on the ground, the population has now turned around,” Dr. Schultz said. “We’ve gone from 1,500 butterflies in the 1990s to 20,000 to 30,000 butterflies every year now. It’s fabulous. It’s really encouraging to see.”

Federal officials are now getting ready to reclassify the Fender’s blue butterfly as merely threatened.