Russian chess legend Garry Kasparov has gone head-to-head with a supercomputer and lost, but he’s still convinced that humans are more of a threat than artificial intelligence.

The suggestion was made by Kasparov during a discussion at the Web Summit Conference in Lisbon, Portugal this week where he was asked if computers will eventually take over society.

‘There is simply no evidence that machines are threatening us,’ Kasparov said.

‘The real danger comes not from killer robots but from people—because people still have a monopoly on evil.’

The true threat, the Russian grandmaster said, comes from ‘the dictatorial, totalitarian countries and the terrorists who will use this technology to harm us’. 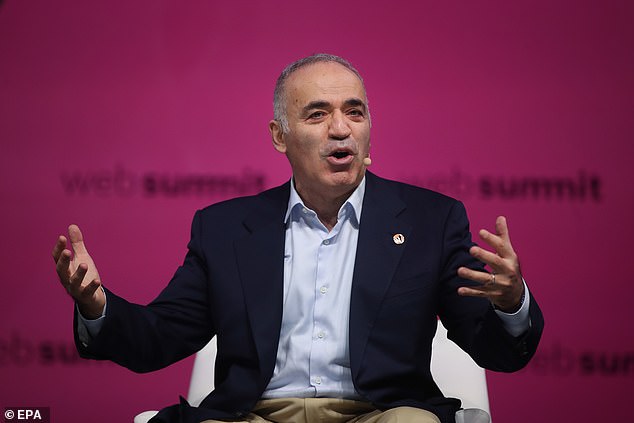 Russian chess legend Garry Kasparov has gone head-to-head with a supercomputer and lost, but he is still convinced that humans are more of a threat than artificial intelligence. ‘There is simply no evidence that machines are threatening us,’ Kasparov said

Born into what was then the Soviet Union, Kasparov became the youngest ever undisputed World Chess Champion in 1985 at age 22.

Kasparov played IBM’s Deep Blue supercomputer in 1996 and again in 1997, but he lost the rematch in one hour, after 19 moves during the sixth and final game of the match.

The chess legend wound up losing two games to one, with three draws.

At the time, it was the first victory recorded by a computer program over a grandmaster under strict tournament conditions.

However, the defeat by a machine is not enough for Kasparov to believe such technology can become killer robots. 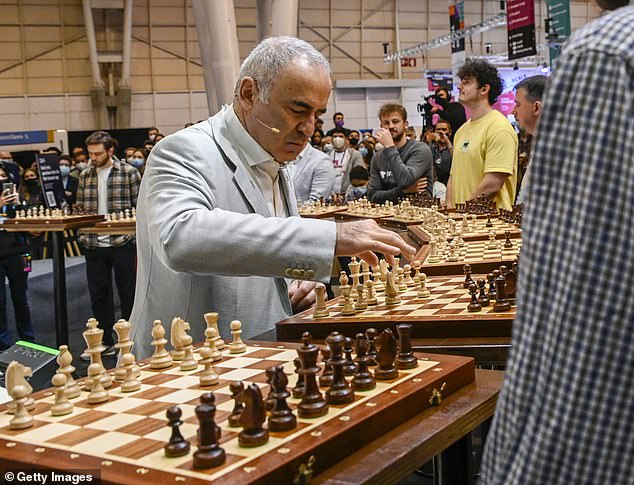 Born into what was then the Soviet Union, Kasparov became the youngest ever undisputed World Chess Champion in 1985 at age 22. Kasparov played IBM’s Deep Blue supercomputer in 1996 and again in 1997, but he lost rematch

‘You should treat computers like it’s another human creation,’ Kasparov said during the interview.

‘It is not a magic wand, but it is not a terminator,’ he added referring to the 1984 film starring Arnold Schwarzenegger.

‘You don’t expect this to bring you to heaven, but it is not going to open the gates of hell.’

‘Machines made us stronger, faster and intelligent machines will make us smarter if we know how to use it.’

Kasparov, however, is not blind to the developments of AI and knows robots will eventually replace some jobs, such as those in factories to truck drivers.

‘It will be painful, no doubt about it. I don’t want to sound callous – people will lose jobs. But look at the big picture,’ he said.

However, the grandmaster also notes that ‘humanity always wins with more technology brought in.’

Touching on the coronavirus pandemic, Kasparov points out that having driverless cars on the road and robots on the hospital could save more lives due to the idea that humans would not have to interact with one another.

He also pointed to the speed at which vaccines were developed in response to Covid-19, a lightning effort compared to work fighting earlier diseases, as something that made him hopeful about the power of innovation.