DNA or deoxyribonucleic acid it the blueprint for all life on Earth. From the colour of your hair to the size of your nose, DNA instructs your body on how to grow, develop and produce the proteins that allow you to function. And yet, it was only in 1953 that biologists James Watson and Francis Crick first demonstrated the double-helix structure of DNA, revealing in the process how DNA is encoded from pairs of just four, smaller chemicals – adenine, guanine, cytosine and thymine.

Now, nearly 70 years later, researchers from the Universities of Sheffield, Leeds and York have made another DNA breakthrough.

The scientists have published today (February 16) the very first videos revealing how loops of DNA “dance” around inside of a cell.

Their findings were published in the journal Nature Communications.

The incredible footage was created based on the highest-resolution images of a DNA molecule scientists have ever taken.

The photos show in unprecedented detail how DNA can twist out of shape when jam-packed inside of a cell. 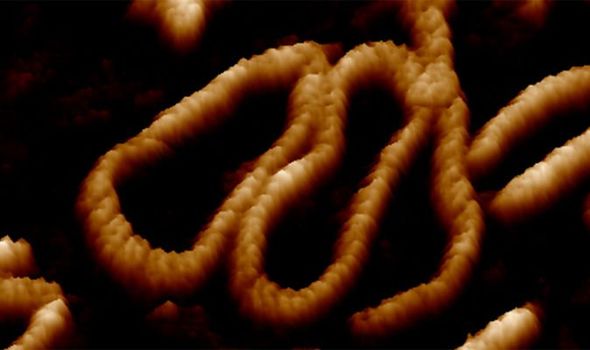 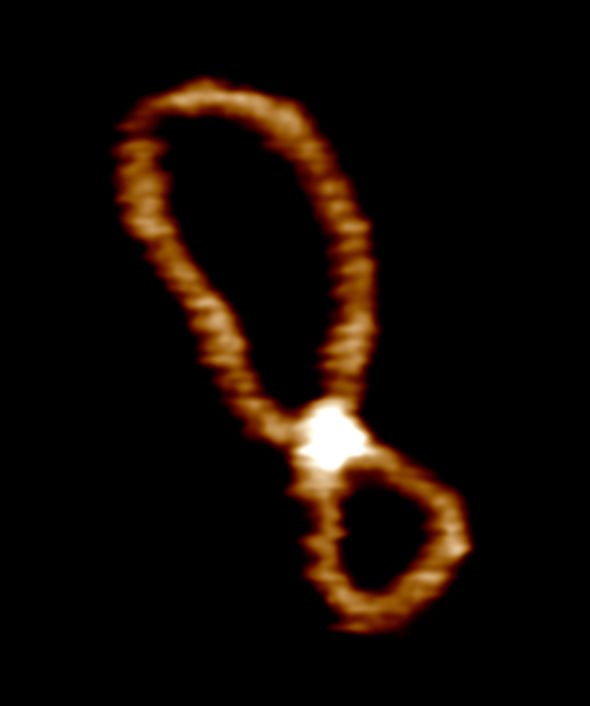 Until recently, technology has limited scientists to taking still images of our genetic code.

But the Yorkshire researchers combined powerful supercomputer simulations with advanced atomic force microscopy to create videos of the dancing DNA.

The images were already detailed enough to see the double-helix structure.

But the videos have allowed the researchers to see the position of every individual atom in the DNA as it dances around.

Dr Alice Pyne, Lecturer in Polymers and Soft Matter at the University of Sheffield, who captured the footage, said: “Seeing is believing, but with something as small as DNA, seeing the helical structure of the entire DNA molecule was extremely challenging.

“The videos we have developed enable us to observe DNA twisting in a level of detail that has never been seen before.”

Housed within every human cell is about two metres or six-and-a-half feet of DNA.

In order for the DNA to fit inside the tiny structures, it needs to twist, turn and coil.

Consequently, loopy DNA is present all throughout the genome and acts more dynamically than relaxed strands.

The researchers, in particular, looked at DNA minicircles which form when DNA molecules join at both ends. 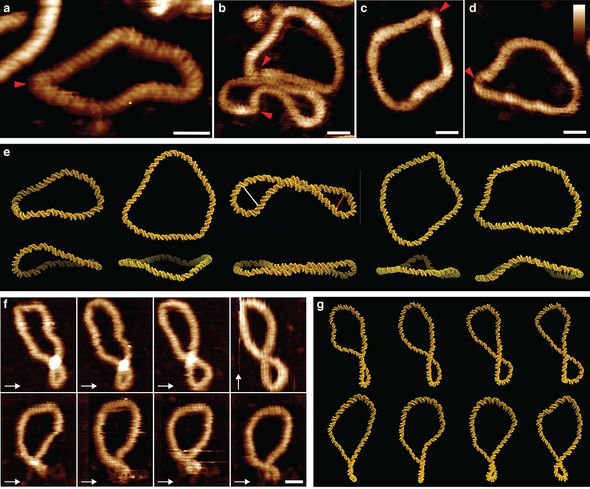 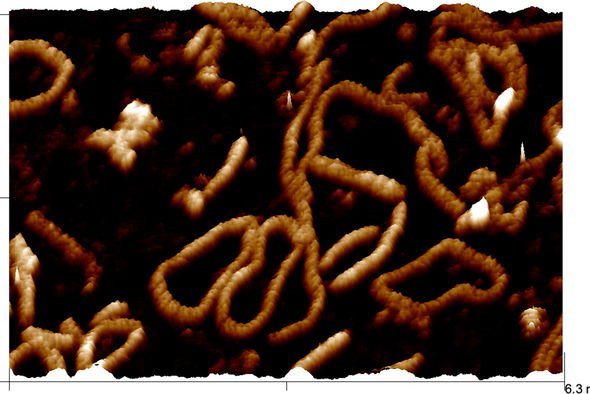 The loop allowed the researchers to give the minicircle an extra twist, making the DNA dance even more vigorously.

For comparison, when they took snapshots of relaxed DNA, without any twists, the molecules did very little.

But when they introduced an added twist into the mix, the DNA loops took on much more exotic shapes.

Previous research has suggested DNA minicircles can be an indicator of health and ageing, as well as potential markers for disease.

Being able to study DNA in such unprecedented details could also open the doors to new medicine and gene therapy.

Professor Lynn Zechiedrich from Baylor College of Medicine in Houston Texas, US, who made the DNA minicircles used in the study said: ‘Dr Pyne and her co-worker’s new AFM structures of our supercoiled minicircles are extremely exciting because they show, with remarkable detail, how wrinkled, bubbled, kinked, denatured, and strangely shaped they are which we hope to be able to control someday.”

“Dr Sarah Harris, Associate Professor in the School of Physics and Astronomy at the University of Leeds, who supervised the research, said: ‘The laws of physics apply just as well to the tiny looped DNA as to sub-atomic particles and galaxies.

“We can use supercomputers to understand the physics of twisted DNA.

“This should help researchers such as Professor Zechiedrich design bespoke minicircles for future therapies.”