The incident was captured on Monday when Mohammed Ali’s security system app on his phone alerted him to movement outside his house. Mohammed, 40, was at work at the time and was “disgusted” by the footage. He recognised the man as the Hermes courier who had delivered a parcel to him a few days earlier.

The first video shows the courier pulling up outside Mohammed’s home last Friday to deliver a parcel. He kicks the parcel under the gate and drives off.

A second video shows the driver returning to the property in St Michael’s, Liverpool, on Monday, parking outside the house and getting out of his car.

He walks towards Mr Ali’s house and seems to hold his phone up above the gate to take a video.

He then walks back to his car, unzips his trousers, and urinates on the ground whilst scrolling on his phone.

Mr Ali told the Liverpool Echo that he was “disgusted” by what he had seen and shared the footage to make people in the area aware. He also contacted Hermes to make a complaint.

READ MORECarol Vorderman sparks concern as she calls for help ‘I can’t move!’ 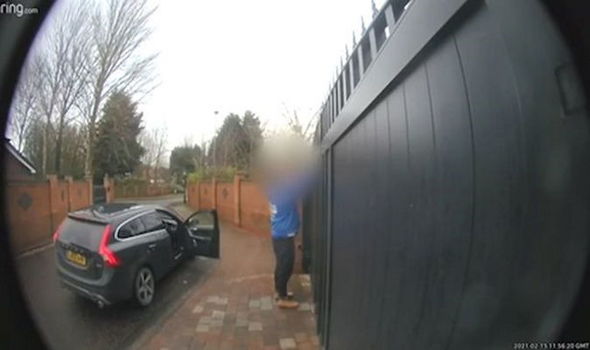 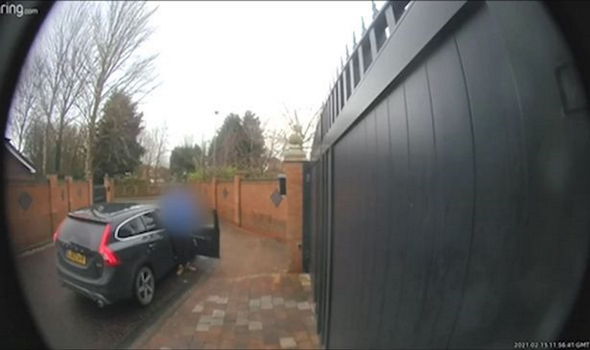 Mr Ali said: “I’ve got one of those Ring doorbells and it kept going off. I got quite a few notifications on my phone all at once and thought ‘hang on, what’s going on here?’

“I looked back and saw that. I recognised the guy as I remembered him from a previous delivery we had.

“He must have delivered to one of the other houses on the close and on his way back he’s done what he did.”

Mr Ali also said he was “spooked” as to why the courier appeared to take a video of his home before relieving himself.

A spokesperson from Hermes said that they have sacked the courier with immediate effect. They have also contacted Mr Ali to apologise and to offer a goodwill payment.

The spokesperson told Liverpool Echo: “This is clearly unacceptable behaviour, and we can confirm that this courier will not deliver on behalf of Hermes again with immediate effect.

“We have been in contact with the customer to apologise and offer a goodwill payment.”