EE reveals plans to boost 4G speeds in coastal areas across the UK including Newquay, Skegness and Whitstable in anticipation of a surge in British holiday getaways

Mobile network EE has revealed plans to boost 4G speeds in coastal areas across the UK ahead of an expected surge in British holiday getaways.

It has already made upgrades to seaside towns and cities including Blackpool, Bournemouth and Great Yarmouth, and by the summer hopes to offer better signal and faster data speeds to 16 more locations.

Newquay, Skegness, Whitstable and Aberystwyth are among them, along with Clacton-on-Sea and Scarborough.

Popular UK seaside spots are expecting an influx of British holidaymakers because of the uncertainty of international travel this summer. 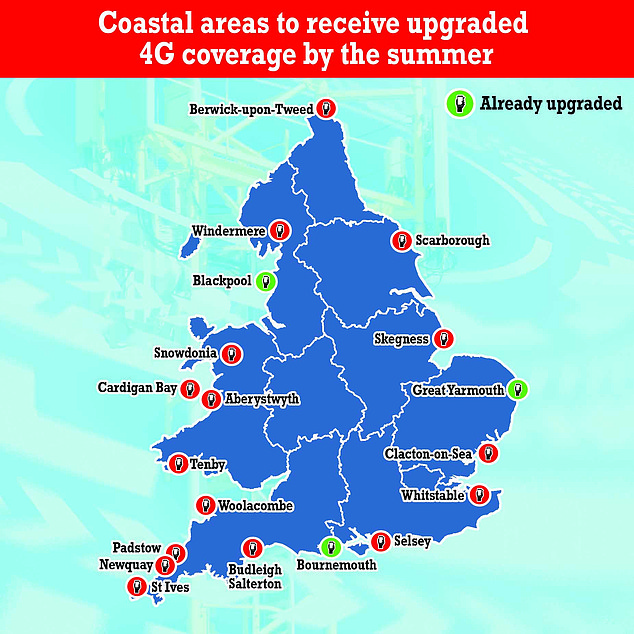 Upgrade: EE has revealed plans to boost 4G speeds in coastal areas across the UK ahead of an expected surge in British holiday getaways. The towns and cities getting a boost are pictured

WHICH COASTAL AREAS ARE GETTING A 4G BOOST?

It comes as the BT-owned network’s 5G rollout continues, with Brighton and Southend-on-Sea among the list of recent areas to have the service switched on.

‘The upgrades to our network will help ensure our customers stay connected this summer, even at the busiest times.

‘The additional capacity delivered through improvements to our 4G network, alongside the continued rollout of our 5G network, will help people make the most of their time at the coast, and also provide a valuable lifeline, if an emergency occurs.’

In March last year the UK’s four largest mobile networks agreed on a £1 billion deal with the government to make patchy internet coverage in rural areas ‘a thing of the past’.

The Shared Rural Network (SRN) will see EE, O2, Three and Vodafone work together to bring 4G coverage to 95 per cent of the UK by the end of 2025.

As part of ‘legally binding’ contracts, the networks will invest in new and existing phone masts, overseen by a shared company called Digital Mobile Spectrum Limited.

Currently, around 9 per cent of the UK’s landmass does not have decent 4G outdoor mobile coverage from any operator, according to industry regulator Ofcom. 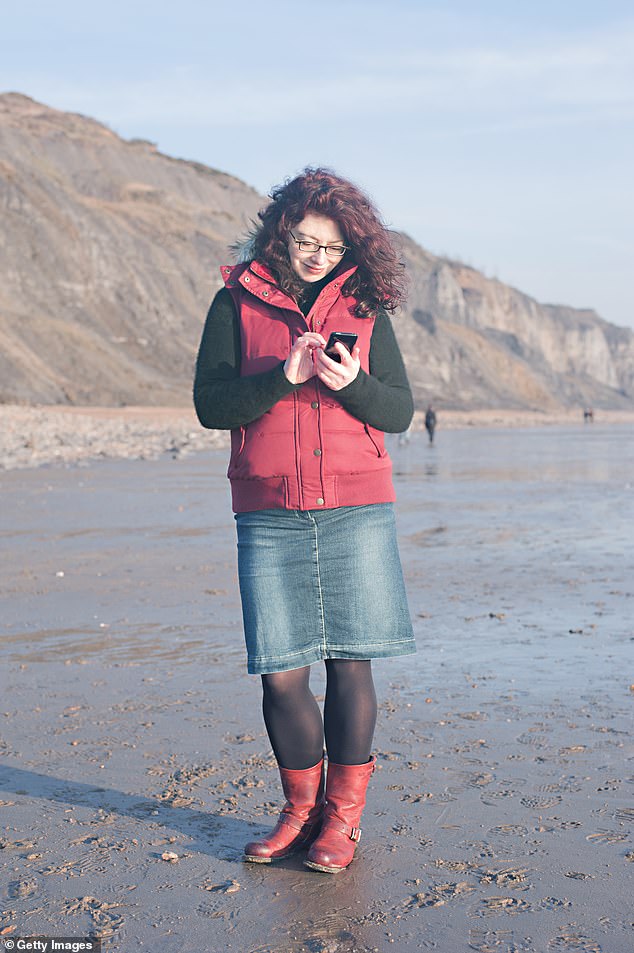 Getting ready: Popular UK seaside spots are expecting an influx of British holidaymakers because of the uncertainty of international travel this summer

Ultra-fast 5G is the newest generation of mobile communication technology, designed to offer data speeds several times that of 4G.

It allows for larger amounts of data to be transferred at once, which could one day help power technologies such as fully autonomous cars.

EE began the rollout of its network in May 2019, regularly adding new towns and cities since.

It claims it now has 5G coverage available to people in more places than any other UK provider.

So far EE has brought the new era of cellular data to 160 towns and cities across the UK.

All its customers with a pay monthly contract and a smartphone are instantly able to get 5G, assuming they have a device capable of utilising it.

According to data from EE, the top three uses of its 5G network currently are for video streaming and social networking, with YouTube, Netflix, Facebook and Instagram the most used services.