In a series of tweets, Mr Musk revealed plans to colonise the Red Planet by building a one-million-strong city by 2050. He said he hoped to produce 1,000 of SpaceX’s Starship spacecrafts over 10 years and launch three a day. The rockets would blast off from Earth, each carrying roughly 100 tonnes of equipment, as well as 100 people in the hope of building a permanent settlement in space.

And author Joseph Pisenti revealed on his YouTube channel ‘RealLifeLore’ how Mr Musk plans to do it.

He said: “The key component for this migration of people to happen revolves around SpaceX’s latest rocket ship known as Starship.

“It is a fully-reusable heavy-lift vehicle that has been under development since 2018.

“Still in the prototype stage today, the rocket consists of two stages – the Super Heavy Booster for the first and the Starship for the second. 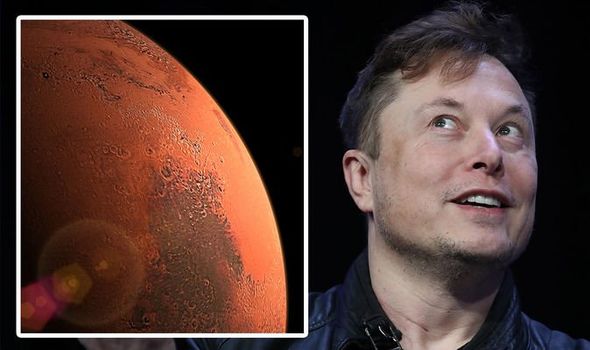 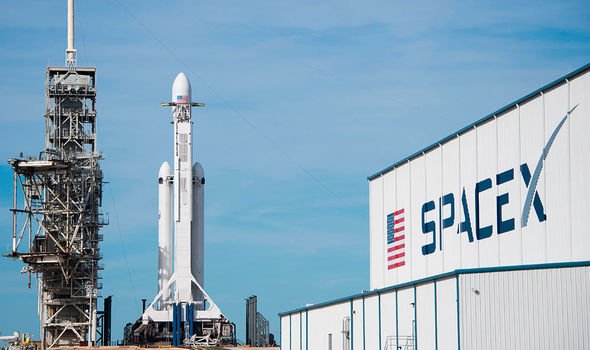 “The rocket will be fully reusable. As soon as it takes off and is boosted into space, the first stage will descend back to Earth and land – much like Falcon 9.

“But once launched from Earth, Starship will need to be refuelled before beginning its journey to Mars.

Mr Pisenti went on to outline some of the issues that could arise.

He added: “Although it is a massively powerful rocket, it will still take the majority of its fuel just to break free from Earth’s gravity.

“For every rocket heading to Mars, a subsequent rocket will need to be launched to fuel each ship. 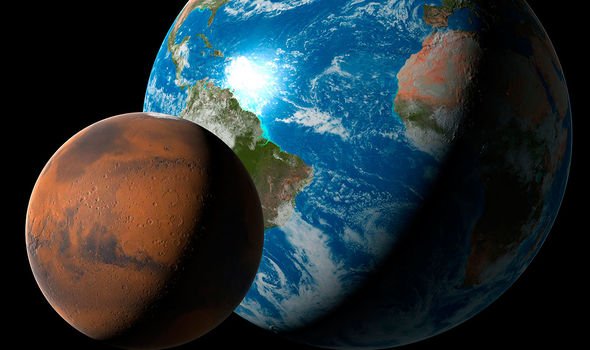 “To further complicate this process, Earth and Mars are at ever-changing distances apart.

“That is because Mars follows what is known as an eccentric orbit – which means it is far from circular.

“So while at times the Earth is close to Mars, other times it is much, much further.”

Mr Pisenti explained how Mr Musk plans to use this orbit to his benefit.

He added: “So rather than launching whoever, it is preferred to wait for the ‘transfer window’ as it’s know – which occurs every 26 months. 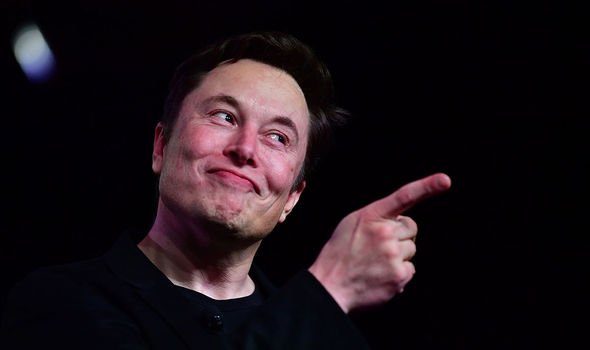 “But the complications don’t stop there. Travelling home wouldn’t be possible at all, because all the fuel would have been expended during the journey.

“This is why the first settlers will have to set up a fuel production facility straight away.

“Otherwise, good luck ever coming home or making use of the rockets again.”

But Mr Pisenti outlined how the new settlers could play a vital part in boosting the project’s potential.

He continued: “The fuel that will most-likely power Starship on its journey to Mars is something known as Deep Cryo Methalox – it’s essentially methane and liquid oxygen. 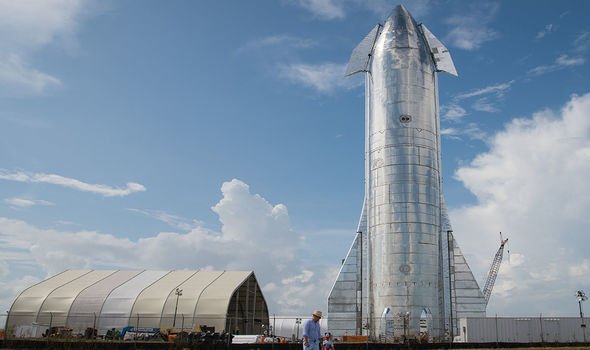 “The trouble, however, will be producing these on Mars and finding an efficient way to do so.

“A likely solution is using the ice melt found on Mars for water as well as a large amount of carbon dioxide in the atmosphere.

“Together, along with a complex chemical conversion process, the propellant can be produced. But it will take an enormous amount of energy to do so.

“To fill the 1,200-tonne fuel tank of Starship it is expected that roughly 16 gigawatts hours of locally Martian produced power will be required.”