UK gardeners should only buy plants and seeds from ‘reputable British garden centres or nurseries’, the Royal Horticultural Society (RHS) has urged.

Tending to plants has become a more popular pastime amid the last year’s COVID-19 lockdowns, with the number of British gardeners increasing tenfold to 30 million.

However, the RHS warned, the added demand for plants and the ease of online purchases — which are not always suitably regulated — brings new risks.

Plant diseases and pests accidentally imported from abroad have the potential to damage crops, gardens and landscapes — and often are able to spread rapidly. 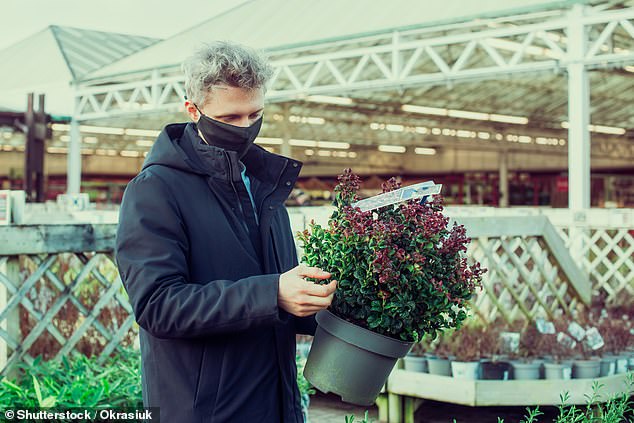 Gardeners in the UK should only be buying plants and seeds from ‘reputable British garden centres or nurseries’, the Royal Horticultural Society (RHS) has urged

THE PERILS OF ONLINE PLANT PURCHASES

Plants bought at reputable garden centres may come from overseas.

However, these will have been imported in compliance with official plant health regulations.

These are designed to reduce the risk of accidentally introducing new diseases and pests — or invasive plant material — into the country.

Plants and seed bought from online platforms, however, may not have been subjected to the necessary safety checks and may also not provide details on a given plant’s origins.

The new warning regarding green-fingered purchases comes as part of the International Year of Plant Health, whose run has now been extended into 2021.

‘The boom in gardening has seen online sales rocket over the last year, enabling many to find solace among their plants,’ said the RHS’s principal plant health scientist, Lisa Ward.

‘However, gardeners need to be made aware of the issues around buying material that has not been subject to the right checks and approvals.’

‘A plant may be readily available or perhaps cheaper to buy online.’

‘But the potential for that plant to cause problems on your own and surrounding plots isn’t a risk worth taking.’

According to RHS experts, one particular concern is the risk of importing Xylella fastidiosa — a bacterium that is known to be able to infect more than 500 different species of plant.

X. fastidiosa is believed to have originated in Central America.

However, it was accidentally introduced to continental Europe back in 2013, resulting in severe losses in almond and olive groves across Italy and Spain.

Should the pathogen end up circulating in the UK, it could have devastating consequences for Britain’s gardens as well as the horticultural industry.

Some plants, meanwhile — including floating pennywort, parrot’s-feather, water fern and water primrose — are considered so invasive that their sale has actually been banned in Britain to prevent the risk of their getting a hold.

Other species are subject to strict conditions for sale because of their endangered status, with examples of such including orchids and snowdrops. 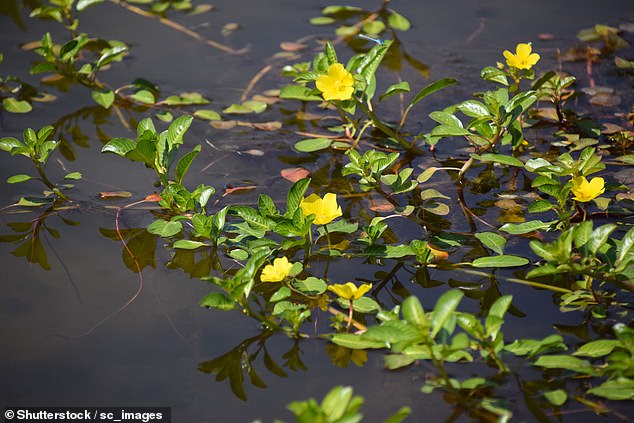 Some plants — including floating pennywort, parrot’s-feather, water fern and water primrose (pictured here in Bakersfield, California) — are considered so invasive that their sale has actually been banned in Britain to prevent the risk of their getting a hold

Researchers at the RHS are currently undertaking research into more than 17 different plant diseases and pests impacting British gardens.

This year will see this work undertaken in a new state-of-the-art facility — dubbed RHS Hilltop — which is to be based in RHS Garden Wisley, Surrey, and which will open to members of the public on June 24.

The RHS provides detailed information on the importing and exporting of plants by individuals on its website.

STEPS TO MINISE YOUR RISK

The Royal Horticultural Society has published the following guidance for British gardeners: