The Baker family, from North Wales, have armed themselves with brooms and walking sticks and take the family dog for short walks while carrying a garden parasol to defend themselves from aerial attacks. Dad Dave Baker, 43, has been repeatedly dive-bombed in “co-ordinated attacks” as he runs the gauntlet to local shops. If the birds are lying in wait, mum Nicki, 41, must phone ahead and ask daughter Katrina, 10, the fetch the garden parasol so she can make it home safety.

“Oh my God, they are dangerous,” sighed Nicki. “Yesterday it took me three attempts to get home. It’s very stressful for us as a family. On school days, Dave has to go outside first and open the car door so that Katrina can dash outside without being attacked.”

According to the family, the postman was dive-bombed on Monday, and even the dog isn’t immune. Jessie, a fully-grown Staffie-Collie cross, often runs back inside with her tail between her legs. 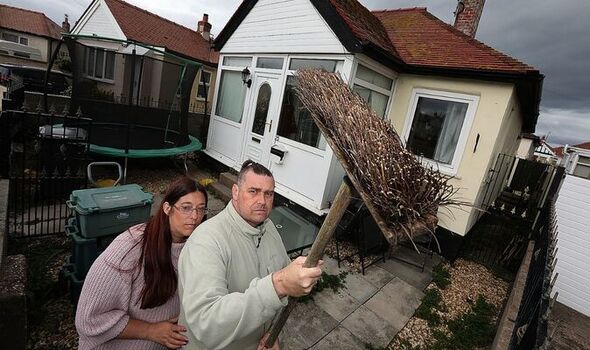 The family moved into their seaside bungalow in Kinmel Bay, Conwy, two years ago. They soon discovered the property was a favourite nesting spot for Herring Gulls – but things only reached epic proportions this year when a chick fell from the roof.

“The parents seemed to blame us and the dog,” said Nicki. As the chick appears to have injured its wing, its continued presence in the vicinity is a touchpaper for avian anger.

Seagulls are notoriously aggressive when protecting their nesting sites. As well as dive-bombing victims, they will defecate and vomit on anyone they see as a threat.

A roofer has twice refused to repair the roof for fear of being attacked and the family must now endure leaks as well as territorial birds with 6ft wingspans that look even bigger when flapping inches overhead. 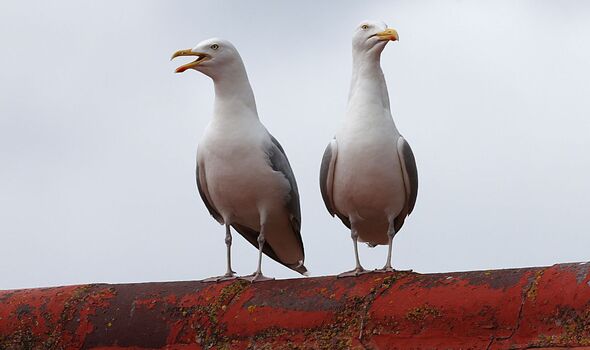 Gulls are protected by law and it is illegal to remove their eggs, or to disturb their nests, once they have begun nesting. Dave, an Amazon driver, knows this but is incensed that human safety comes second to wildlife sensitivities.

“I’m worried for the safety of my wife and daughter,” he said. “If the birds were a pest, like rats, you could lay down poison.

“But the authorities seem to think human life is worth less than that of a flying rodent. If my daughter gets injured, however, I will take action.”

Day-to-day life in the family’s cul-de-sac, about 300 yards from the beach, is now dictated by the resident gulls. Katrina’s trampoline at the front of the property lies unused and Dave must plan ahead when he wants to fill recycling bins outside. 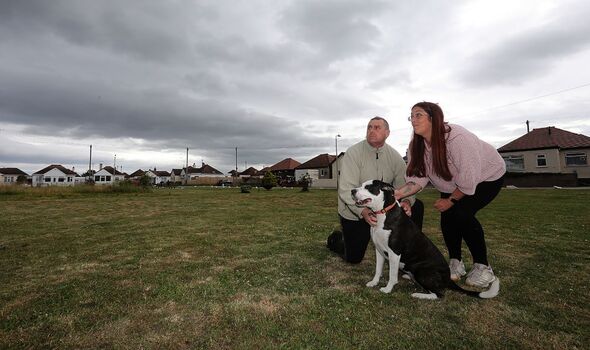 One job they can’t avoid is taking Jessie for a wee on the communal green opposite the bungalow. Dave has learned the hard way not to go unprotected: now he always holds the garden parasol aloft as he and the dog shuffle into the open.

“Sometimes he takes a garden broom for extra protection,” said Nicki, who works for health food firm Juice Plus+. “When I go out by myself, I have a walking stick to fend off the birds. I used to carry an umbrella but it wasn’t very practical.

“Usually they prefer to attack in groups and dive-bomb you one at a time, like it’s coordinated. They swoop down, with claws out and they can get very close. They are psychos. Mostly it’s just us they target but some passersby get attacked too. The other day I saw a dog walker waving a plastic bag over her head as she tried to get away.” 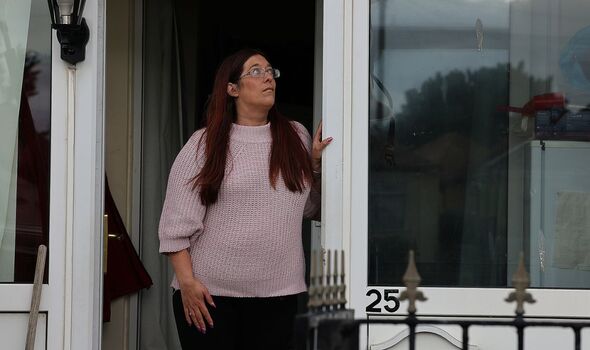 Dave and Nicki both accept that co-existing with gulls is the price of living by the seaside. They have no wish to harm the birds but would prefer it if they didn’t return every year.

They’ve begun exploring solutions, including netting and spikes that can be placed over nesting areas. “But I’ve seen gulls nesting on roofs with spikes, so I’m not sure how effective they are,” said Nicki.

For now, they must wait until the chick fledges and its parents no longer have anything to protect. However the chick’s injuries are a concern. It continues to wander the street and neither people nor dogs dare approach for fear of a wing lashing by its parents. “We may just have to wait for it to die,” shuddered Dave.