The Spinosaurus is one of the most recognisable dinosaurs to have roamed the land, alongside the T-rex and Triceratops, thanks to the large sail that adorned its back. Palaeontologists first discovered the Cretaceous-era dinosaur in 1915 and have been trying to piece together clues about its past ever since. The dinosaur, which lived some 112 to 71 million years ago, was long thought to have dwelled on the land, although some researchers argued the 50ft-long beast was a more crocodile-like aquatic predator.

Researchers from the University of Portsmouth posited the latter theory last year when they said Spinosaurus lived an “aquatic lifestyle”.

The researchers claimed in their study the dinosaurs spent most of its life in water after a large number of Spinosaurus teeth was discovered in an ancient riverbed in North Africa.

New research from Queen Mary University of London and the University of Maryland has, however, challenged this theory, reigniting the debate over how the six-ton Spinosaurus spent its time.

According to a new study published today in Palaeontologia Electronica, the dinosaur may have very well swum and fed from water. 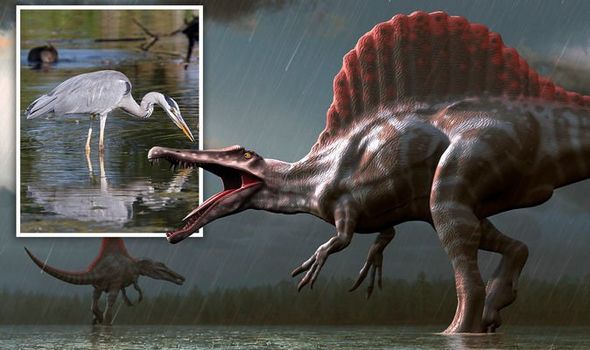 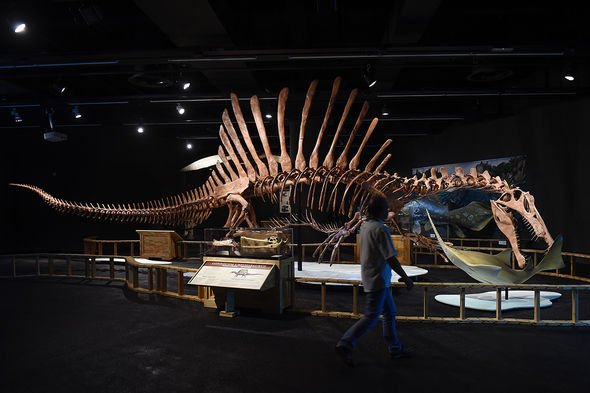 But the palaeontologists are now convinced the dinosaur was not very well adapted to being an aquatic predator after all.

Instead, the researchers have suggested the dinosaur stood on the shore and plucked out its prey like a stork or heron does.

The researchers came to this conclusion after comparing the skull and skeletons of various dinosaurs with living and extinct reptiles that live on land, in water, or both.

The researchers found the aquatic predator theory was mostly contradicted by their study.

The heron-like lifestyle hypothesis, on the other hand, appeared to be supported by some evidence. 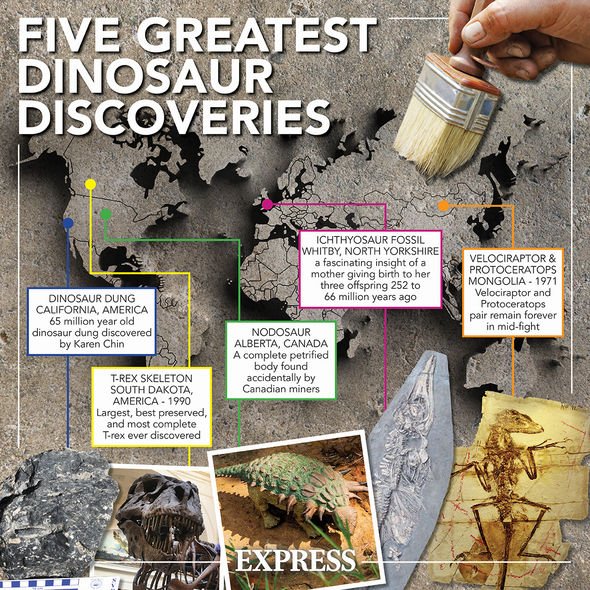 Lead author Dr David Hone, Senior Lecturer at Queen Mary, said: “The biology and ecology of Spinosaurus has been troubling palaeontologists for decades.

“Some recent studies have suggested that it was actively chasing fish in water but while they could swim, they would not have been fast or efficient enough to do this effectively.

“Our findings suggest that the wading idea is much better supported, even if it’s slightly less exciting.”

Co-author Tom Holtz at the University of Maryland, added: “Spinosaurus was a bizarre animal even by dinosaur standards, and unlike anything alive today, so trying to understand its ecology will always be difficult. 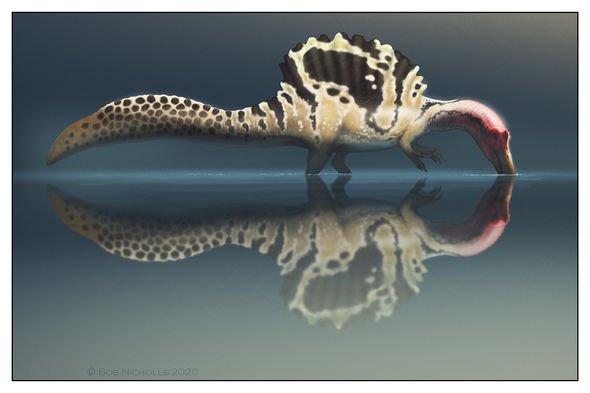 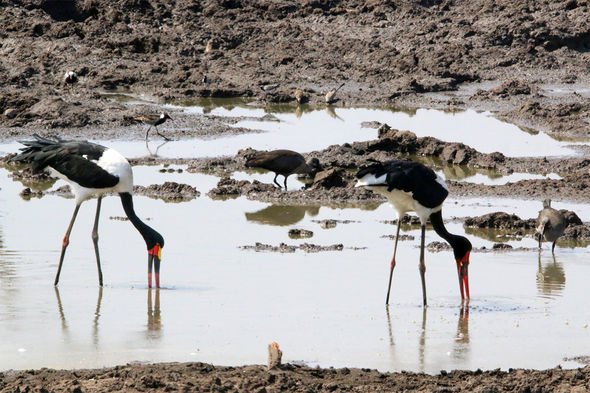 “We sought to use what evidence we have to best approximate its way of life.”

According to the Principal Lecturer in Vertebrae Paleontology, the study did not find any attributes that would match other aquatic predators known for pursuing their prey, such as sea lions or the short-necked plesiosaur.

A key piece of evidence was the Spinosaurus’s ability to swim.

The researchers believe it was a less-efficient swimmer than a crocodile, with fewer tail muscles.

Dr Hone said: “Crocodiles are excellent in water compared to land animals, but are not that specialised for aquatic life and are not able to actively chase after fish.

“If Spinosaurus had fewer muscles on the tail, less efficiency and more drag then it’s hard to see how these dinosaurs could be chasing fish in a way that crocodiles cannot.”

However, the dino expert concluded there is a lot more palaeontologists can still learn about Spinosaurus’s life and behaviour, adding: “This won’t be the last word on the biology of these amazing animals.”