Cats are one of the most popular pets in the world, but felines were only domesticated because of society’s first civilizations transitioning from hunting to farming 12,000 years ago – 8,000 years before the ancient Egyptians.

The announcement comes from scientists at the University of Missouri, who found humans first welcomed the pets in the Fertile Crescent, the areas of the Middle East surrounding the Tigris and Euphrates rivers, as ancient pest control throughout their new settlements.

The new study finds the significant lifestyle transition for humans was the catalyst that sparked the world’s first domestication of cats, but the bond was created once humans began to travel the world and brought their new feline friends along with them.

Unlike horses and cattle, with various domestication events, cats seem to be the only animals tamed by a single occurrence and location.

The Fertile Crescent is a crescent-shaped region in the Middle East, spanning modern-day Iraq, Syria, Lebanon, Israel, Palestine and Jordan, together with the northern area of Kuwait, the southeastern part of Turkey and the western portion of Iran. 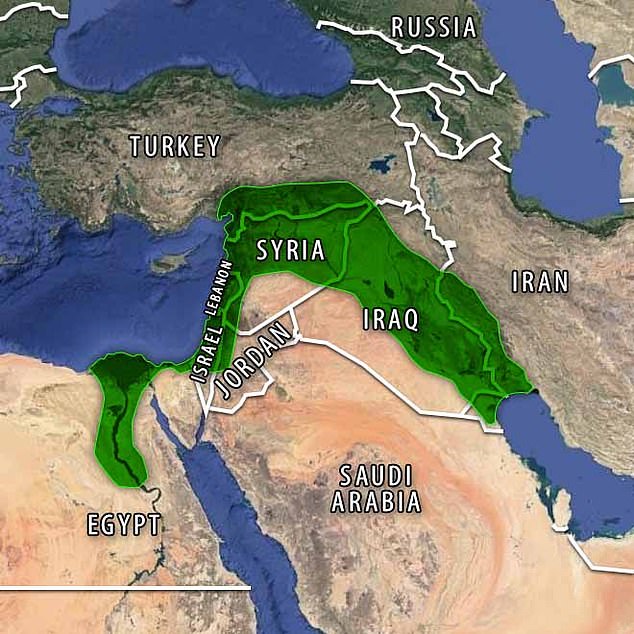 A new study reveals the first domesticate cats came from the Fertile Crescent, the areas of the Middle East surrounding the Tigris and Euphrates rivers

Thousands of years ago, ancient Sumerians –  the earliest known civilization in ancient Mesopotamia – are theorized to be the first human civilizations anywhere in the world.

And 10,000 years ago, this group settled down for a sedentary life.

For the new study, researchers collected cheek samples of cats from neuter facilities from more than 1,000 random cats of primarily Eurasian descent, along with four African wildcats and 10 putative hybrids of domestic and European wildcats 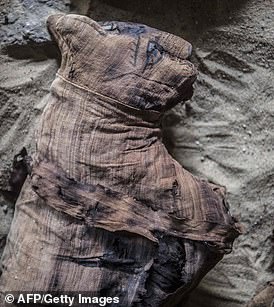 Archaeologists in Egypt discovered dozens of cat mummies, a rare collection of mummified scarab beetles, and a pristine Fifth Dynasty tomb they plan to open in the coming weeks.

The team then compared nearly 200 different genetic markers in felines.

Leslie A. Lyons, a feline geneticist at the University of Missouri, said in a statement: ‘One of the DNA main markers we studied were microsatellites, which mutate very quickly and give us clues about recent cat populations and breed developments over the past few hundred years.

‘Another key DNA marker we examined were single nucleotide polymorphisms, which are single-based changes all throughout the genome that give us clues about their ancient history several thousands of years ago.

‘By studying and comparing both markers, we can start to piece together the evolutionary story of cats.’

The random-bred cats represent over 40 countries, including over 85 sampling sites, but a majority were focused on the Near East region.

The Near East region overlaps with the Middle East and consists of Turkey, Lebanon, Syria, Iraq, Israel, Jordan, Saudi Arabia and other nations of the Arabian Peninsula.

The results showed the origins of domestic cats birthed in the eastern Mediterranean Basin, then spread to nearby islands and traveled south through the Levantine coast into the Nile Valley.

This, according to the study published in Nature, follows the same migration pattern of the ancient humans.

Once humans began to disperse from the area in the Fertile Crescent, this is when cats began to make their way around the globe.

Cats migrated to Europe and to the east of the Fertile Crescent, along with agricultural development and trade.

And from Europe, felines hitched rides on boats traveling to the Americas. 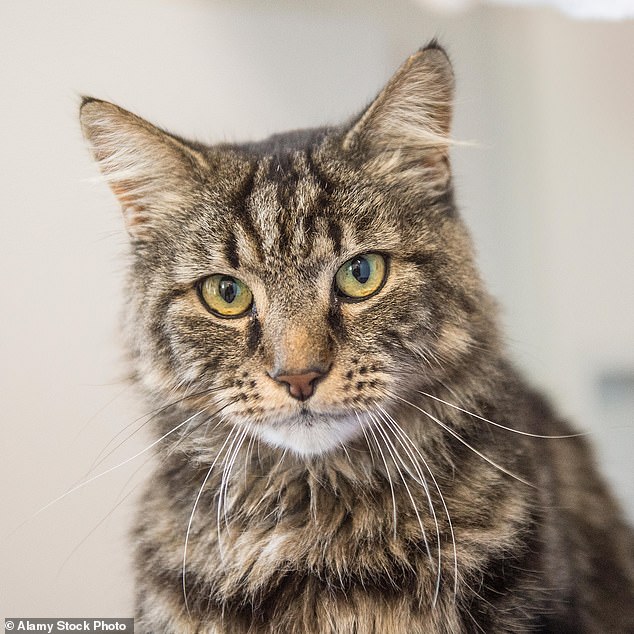 Humans in the region transitioned from hunters to farmers 12,000 years ago and used cats as pest control. Humans then took the animals with them on their travels, forming the bond we see today

‘As highly agrarian societies developed, domesticated cats then spread down into the Nile Valley where cultural integration of felines into society slightly decreased heterozygosity and increased the genetic distance from the initial founders,’ reads the study.

‘The slightly lower diversity could also be an influence of ancient cultural selections.’

Ancient Egyptian ‘cat mummy’ preserved in French museum has three tails and five hind legs and is made up of the parts of several different cats, CT scans reveal

Also, cats know the name of their owner and can also recognize the monikers of their feline friends, research shows

And pedigree cats should be screened regularly for gene mutations that cause disease – as they are more likely to be carriers than previously thought, study shows