Home » Giant flash of light caused M5 power outage a day after meteor – ‘What was it?’

The phenomenon was captured on Andrew Symonds’ dashcam as he exited the M5 motorway, heading south at junction 12, to the south of Gloucester. As he drove up the exit slip road towards the roundabout, the traffic lights and street lights were still working fine. Suddenly, the sky was illuminated with a giant flash of blue light. The flash lasted for only a few seconds and the street lamps and traffic lights instantly went out.

Mr Symonds continued around the junction in the direction of Gloucester and a second flash was seen from the same direction around 10 seconds later.

As Mr Symonds continued his journey, he noticed that the power in the area was knocked out, including the nearby McDonald’s restaurant at the next roundabout.

The eerie scenes happened at around 10.24pm on the evening of March 1, just a day after a huge meteor shot across the sky on the evening of February 28. The fireball could be seen all the way from Ireland to the Netherlands. 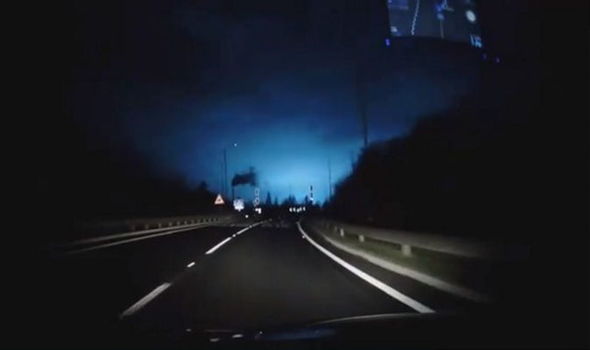 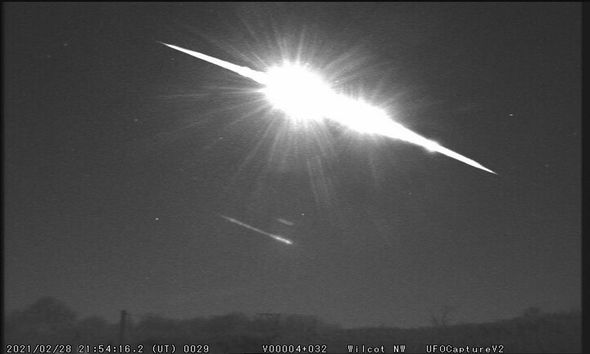 Mr Symonds asked: “What was this? Was it a power surge, a meteor or something else? Did anybody else spot this?”

GloucestershireLive reports that the source of the huge flash appears to be some distance away, given its appearance in the night sky, but the power outage was at junction 12 of the M5. Potential sources could be the main Bristol to Gloucester railway line, which runs parallel to the M5. Another source could be the National Grid’s power network which runs a little further away.

It comes as claims another mysterious phenomenon was spotted in the sky just an hour before the meteor. 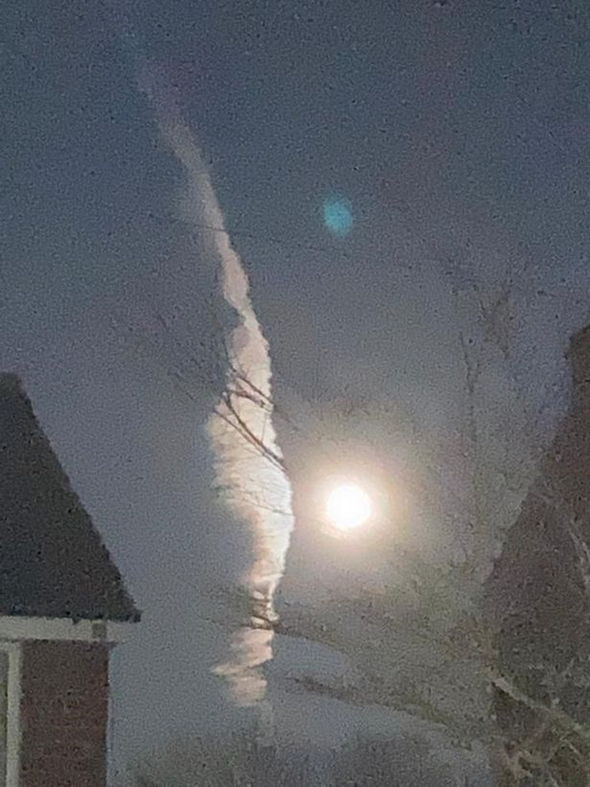 The formation was photographed in The Reddings, Cheltenham, at around 8:43pm on Sunday, just 75 minutes before the fireball meteor was sighted.

James Parfitt took the picture in his garden, looking east towards the Asda supermarket, Cheltenham and the Cotswolds. He told GloucestershireLive: “There I was just putting the rubbish in the bin, looked up and saw this amazing phenomenon.

“At first I thought it was an unusual cloud, but noticed the rest of the sky was completely clear. It looked very strange.”

The meteor is thought to have landed somewhere between Swindon Village and Bourton-on-the-Hill. This includes Bishop’s Cleeve, Winchcombe, Prestbury, Stanway and Temple Guiting.

Residents of these areas are being urged to contact the UK Meteor Network or National History Museum if they find any fragments of the meteorite. If found, photograph it in place, do not touch it if you can avoid it.