This week sees Jupiter’s orbit bring it to pass within just 367 million miles of Earth for the first time in nearly 60 years. The proximity affords a superb view of its bands, moons and Great Red Spot — a 9,900-mile-wide anticyclonic storm raging for at least 300 years. The reason Jupiter’s distance varies is that neither it nor the Earth orbit the Sun in a perfect circle, and as a result they pass each other with different separations throughout the year. At its greatest distance, Jupiter ends up 600 million miles away from us.

The combination of the closest approach and opposition (which occurs every 13 months) is extraordinarily rare — in fact, it won’t occur again until the year 2129.

NASA astrophysicist Professor Adam Kobelski of the Marshall Space Flight Center in Alabama said: “The views should be great for a few days before and after September 26.

“So, take advantage of good weather on either side of this date to take in the sight. Outside of the Moon, it should be one of the — if not the — brightest objects in the night sky.”

According to Prof. Kobelski, the best views will come at high elevations, in dry and dark areas away from sources of artificial light.

He added: “One of the key needs will be a stable mount for whatever system you use.” 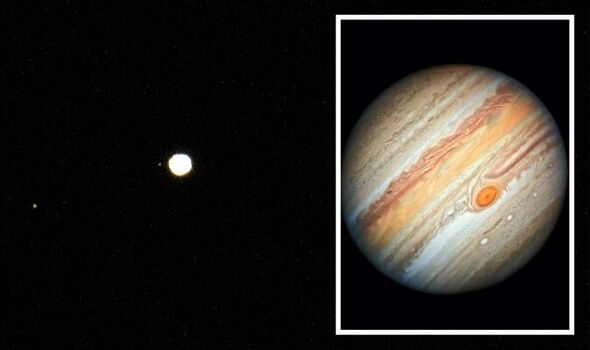 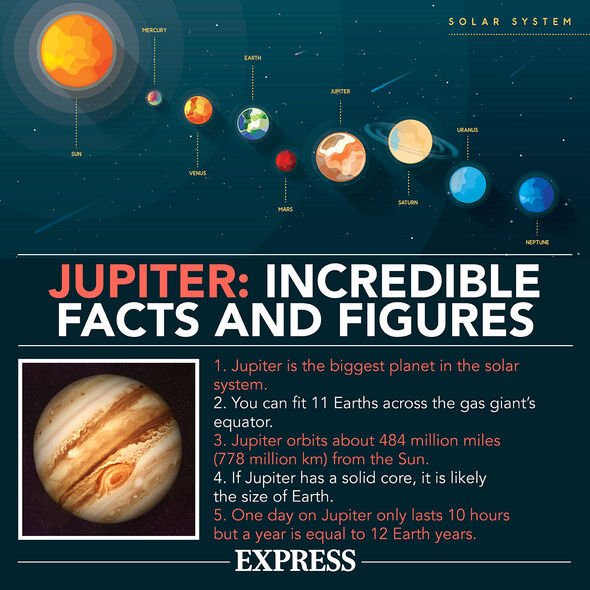 Prof. Kobelski said: “With good binoculars, the banding (at least the central band) and three or four of the Galilean moons should be visible.”

(These natural satellites — Callisto, Europa, Ganymede and Io — are named after the Italian polymath Galileo Galilei, who was the first to observe them in either late 1609 or early 1610. They are the largest of Jupiter’s 79 moons.)

With a modern day telescope, he added, it may even be possible to see Jupiter’s bands and Red Spot in more detail. 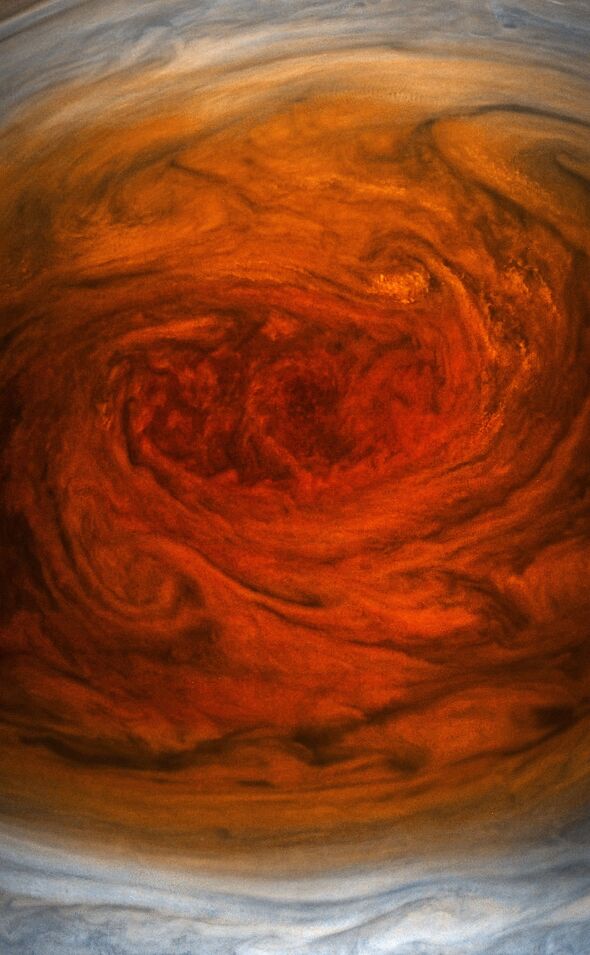 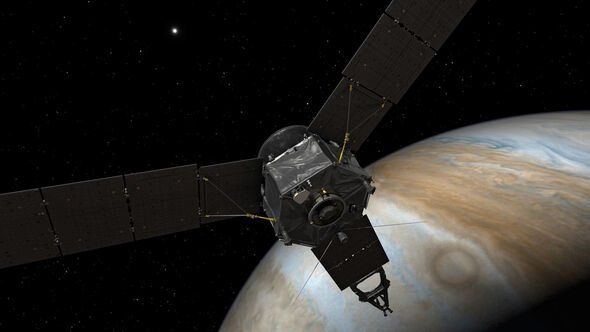 Prof. Kobelski explained a telescope with a four-inch-or-larger refractor and filters in the green–blue range would enhance the visibility of both features.

Jupiter can be seen tonight rising in the eastern sky just around the time that the Sun sets — and will then track across the sky overnight before setting in the west around dawn.

Viewers anywhere with clear skies should be able to get a glimpse of the planet.

Some scattered showers are expected across the UK tonight, and clouds may impede views, with the best chance of a sighting up the central spine of England and Scotland. 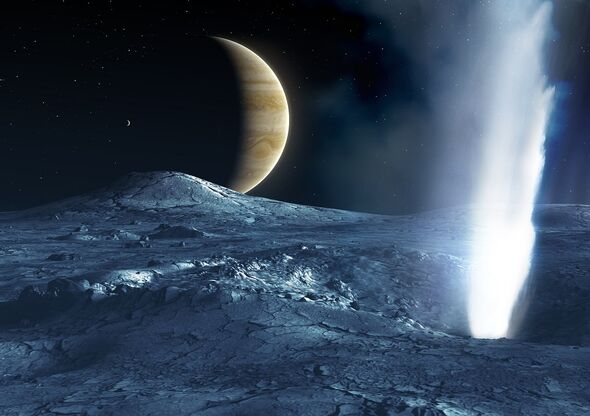 A closer look at Jupiter, and one less reliant on the whims of the weather, comes via NASA’s Juno spacecraft, which has been orbiting the gas giant since 2016.

The mission — which has provided incredible images and data on Jupiter’s atmosphere, interior, magnetic field and magnetosphere — was recently extended until 2025.

In late 2024, meanwhile, NASA’s Europa Clipper will set sail to Jupiter’s fourth-smallest moon, Europa, which is believed to host a vast ocean under its icy shell.

One of the goals of this mission will be to help scientists determine if Europa might harbour conditions capable of supporting extraterrestrial life.