Poor children who make friends with rich kids are more likely to be rich themselves later in life, a new study has revealed.

Researchers from Harvard University analysed 21 billion friendships on Facebook to understand how the community you grow up in influences your future outcomes.

Their findings suggest that growing up in a community in which people of low and high socioeconomic status (SES) interact may improve children’s chances of being rich later in life. 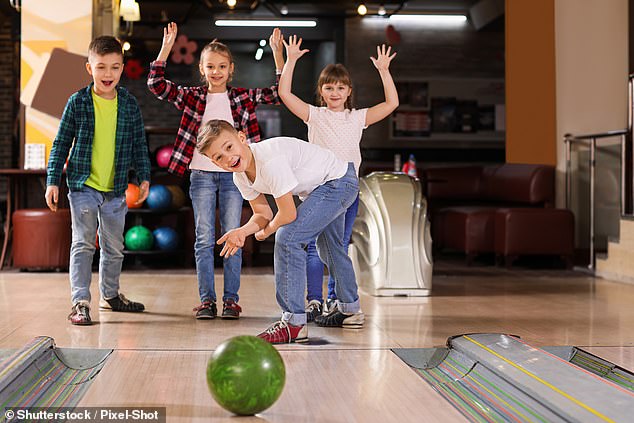 Poor children who make friends with rich kids are more likely to be rich themselves later in life, a new study has revealed (stock image) 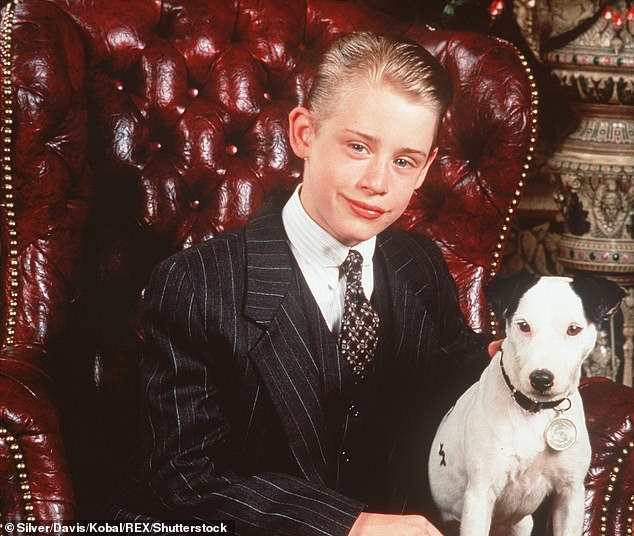 In the 1994 film, Richie Rich, the ‘richest kid in the world’ hooks up with a group of kids who prove they just might fill the void in his life

A new study suggests that people who have gone from ‘rags to riches’ are less likely to sympathise with the struggles of poverty than those who have always had money.

Researchers surveyed more than 1,000 people in the US and found that those who had moved up the economic ladder tended to see social mobility as being easier than people who were born rich.

As a result, they had less sympathy with those unable to follow them.

This runs contrary to the popular belief that coming from a privileged background makes you more indifferent to the economic plight of others.

The news comes after Prince William was photographed earlier this month selling copies of the Big Issue to highlight homelessness.

Previous studies have shown that the strength of a person’s social network and community (their social capital) influences a range of fields, including economics, health, and education.

However, until now, measuring social capital has proved difficult.

In their new study, the researchers turned to Facebook as a new means of measuring social capital.

The team analysed data from 70 million Facebook users in the US aged 25-44 and constructed several distinct measures of social capital for each ZIP code, high school, and college.

Their analysis revealed that economic connectedness – the proportion of high-SES friends among people with low-SES – was one of the strongest predictors of increased income later in life.

In fact, the results showed that if children with low-SES grew up in counties with economic connectedness comparable to that of the average child with high-SES in the US, their incomes in adult life would increase by 20 per cent on average.

In a follow-up study, the researchers then set out to understand what determines these social interactions across SES.

Based on the Facebook data, the team distinguished between differences in exposure to high-SES people (such as in their schools or in religious organisations), and friending bias – the rate at which people befriend high-SES people within their groups.

‘Friending bias is shaped by the structure of the groups in which people interact,’ the team explained.

‘For example, friending bias is higher in larger and more diverse groups and lower in religious organizations than in schools and workplaces.’

Their findings suggest that about half the social disconnection in the US is driven by a lack of exposure to high-SES.

Meanwhile, the other half is driven by friending bias.

Based on the findings, the researchers suggest that measures should be put in place to reduce friending bias – and thus improve outcomes for low-SES children.

This includes changes in group size and tracking, restructuring of space and urban planning, creating new domains for interaction.

‘For example, the Boston gym Inner City Weightlifting (ICW) began a program to increase cross-SES connections by recruiting personal trainers from lower-SES backgrounds to coach their more affluent clients,’ the researchers cite as an example.

The study comes shortly after research revealed that people who have gone from ‘rags to riches’ are less likely to sympathise with the struggles of poverty than those who have always had money.

Researchers surveyed more than 1,000 people in the US and found that those who had moved up the economic ladder tended to see social mobility as being easier than people who were born rich.

As a result, they had less sympathy with those unable to follow them.

This runs contrary to the popular belief that coming from a privileged background makes you more indifferent to the economic plight of others.

WHAT IS UNIVERSAL BASIC INCOME AND HOW WOULD IT WORK?

Universal Basic Income (UBI) proposals are on the rise, with many backing the system as a possible solution for unemployment caused by the rise of machines equipped with artificial intelligence taking over the workforce.

The system would see governments paying every citizen of a country a base salary to cover costs including food and rent.

The guaranteed sum would be paid by the state to everyone, regardless of wealth or work status.

Dpending on the details of the UBI proposal, the funds could be added to existing benefits or put in place of them.

Left-wing supporters of the system say that it could lower proverty rates. For the right-leaners, it’s a route to a less bureaucratic wellfare system.

The program would likely be funded by an increase in income taxes across all income levels.

To pay every adult and child in the United States a yearly income of £8,045 ($10,000) per year, the government would likely have to cut most non-health social spending programs and raise the share of GDP collected in tax by ten per cent, according to the Economist.

Another suggestion is a negative interest rate, that would take a percentage of every citizen’s bank account each month.

A universal basic income in the United Kingdom that would give every adult and child £12,000 ($14,900) per year requires a negative interest rate of 2.5 percent per month, according to the Centre for Welfare Reform.

Some have suggested a sliding scale of basic income, so the higher a person’s employment salary, the lower basic income check he or she would receive from the government.

The left-wing French presidential candidate Benoit Hamon, backed by the star economist Thomas Piketty, has also made the basic income part of his platform.

Finland is the first European country to pay its unemployed citizens an unconditional sum.

The funds will still be paid if they eventually find work.

In Marica, Brazil, a seaside town of about 150,000 people near Rio de Janeiro, the left-wing municipal government has spent the last year finding out universal basic salaries work.

In Marica – a surviving Workers’ Party bastion in increasingly right-leaning Brazil – the basic income idea fits in well with the leadership’s socialist fervor.

Only the town’s 14,000 poorest families are currently being given the income, which is denominated in Mumbucas, a virtual currency created to pay welfare under Quaqua three years ago.

The 10 reais is added to the 85 reais ($27/ £20) monthly welfare check for families whose income doesn’t top three times the minimum wage. The extra money is also given to poorer people aged between 14 and 29 and pregnant women already receiving other benefits.

There’s another limitation: only 131 local businesses – less than 10 percent of the total – accept payment in Mumbucas, the mayor’s office says.

The currency, which physically exists only on specially issued red magnetic cards, is unpopular with business owners because they must wait more than a month after purchases are completed for the government to convert payments into reals.