The hottest ROCK on Earth is confirmed: Fist-sized piece of black glass was formed 36 million years ago in at least 4,298°F heat

The hottest rock ever recorded on Earth has been confirmed to have originated from a huge meteorite impact some 36 million years ago.

Scientists say the fist-sized piece of black glass was formed in temperatures that reached 4,298°F (2,370°C), hotter than much of our planet’s mantle.

It was first discovered in 2011 in what today is Labrador, Canada, before being described by scientists in 2017 as having been heated to the hottest temperature ever known for a rock on the surface of the Earth.

This claim has since been confirmed after experts carried out new analysis of more minerals from the same site. 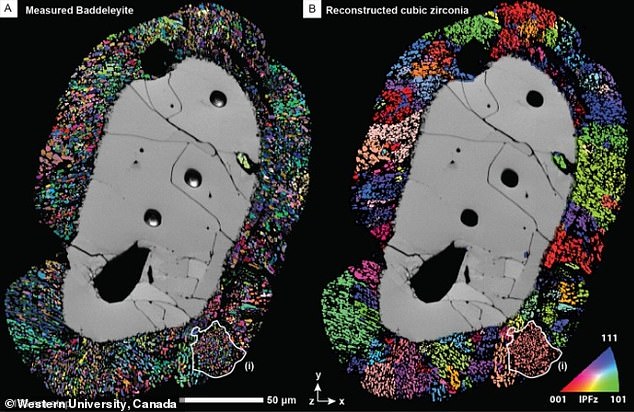 The hottest rock on Earth has been confirmed to have originated from a huge meteorite impact some 36 million years ago. Experts say the fist-sized piece of black glass (shown) was formed in temperatures that reached 4,298°F (2,370°C), hotter than much of our planet’s mantle 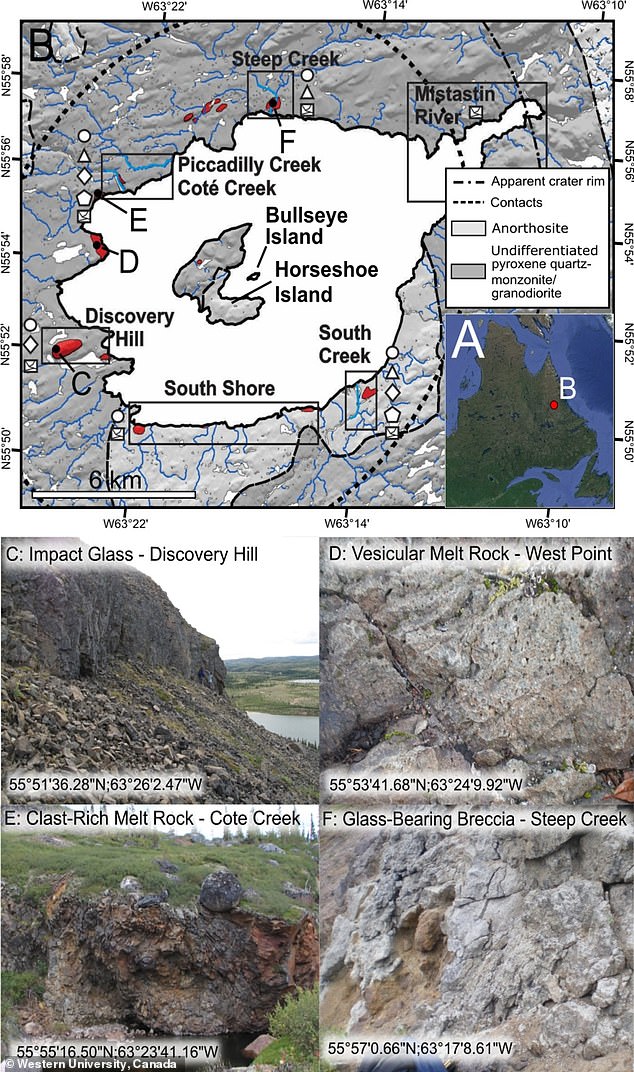 In the new study, researchers at Western University in Canada analysed four more zircons in samples from the crater 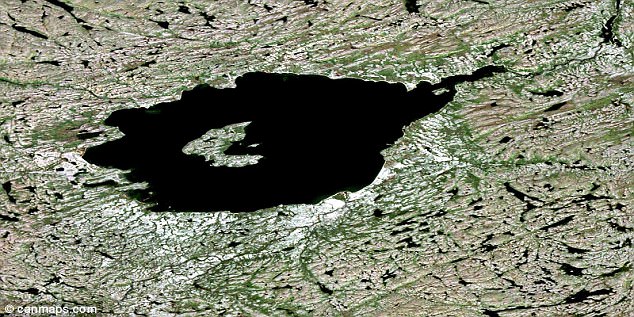 The impact formed the 17-mile-wide (28km) Mistastin crater, where Michael Zanetti, then a doctoral student at Washington University St. Louis, picked up the glassy rock during a separate Canadian Space Agency-funded study.

It was a chance find that turned out to be an important one, after analysis of the rock revealed that it contained zircons, extremely durable minerals that crystallise under high heat.

The structure of zircons can show how hot it was when they formed. However, to confirm the initial findings, researchers needed to date more than one zircon.

In the new study, researchers at Western University in Canada analysed four more zircons in samples from the crater.

These came from different types of rocks in different locations, giving a more comprehensive view of how the impact heated the ground.

Lead author Gavin Tolometti said this broad range would help researchers narrow down places to look for the most super-heated rocks in other craters.

‘We’re starting to realise that if we’re wanting to find evidence of temperatures this high, we need to look at specific regions instead of randomly selecting across an entire crater,’ he said.

The researchers also found a mineral called reidite within zircon grains from the crater. 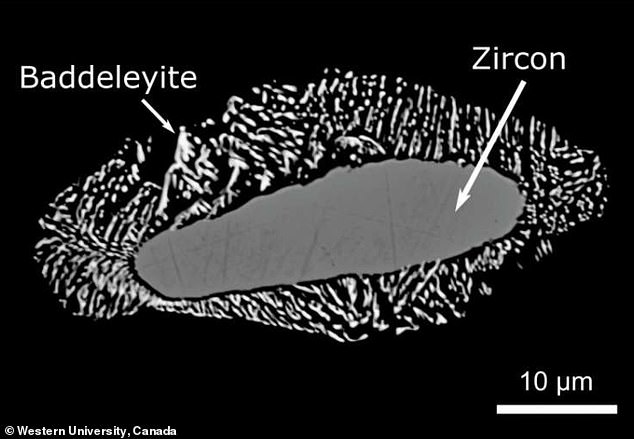 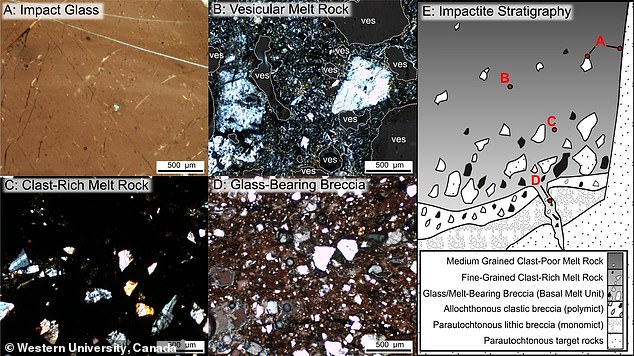 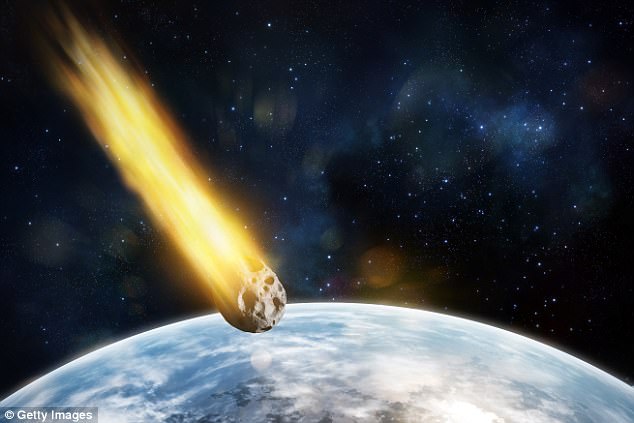 Reidites form when zircons undergo high temperatures and pressures, and their presence allows experts to calculate the pressures experienced by the rocks in the impact.

The Western University team found that the impact introduced pressures of between 30 and 40 gigapascals, equivalent to 300,000 to 400,000 bar.

This would have been the pressure at the edges of the impact, the researchers said, meaning that where the meteorite hit the crust directly the rocks would have not just melted, but vaporised.

The scientists involved in the study hope to use similar methods to study rocks brought back from impact craters on the moon during the Apollo missions.

‘It can be a step forward to try and understand how rocks have been modified by impact cratering across the entire Solar System,’ Tolometti said.

The research has been published in the journal Earth and Planetary Science Letters.

WHAT IS A POTENTIALLY HAZARDOUS OBJECT?

A potentially hazardous asteroid (PHA) is an asteroid whose orbit comes nearer than 0.05AU (about 7.5 million km) to the Earth.

The International Astronomical Union claims there are around 1,500 potential hazardous asteroids.

Although these are not a risk to Earth as of yet, asteroid this large have the potential to cause devastation if they were to land on our planet, especially in highly-populated areas.