Sicily’s Mount Etna, one of the world’s most active volcanoes, spewed smoke, ashes, and lava in a new eruption earlier this week.

Although the explosion looked dramatic, Italian authorities said it posed no danger to any of the surrounding villages, and residents did not seem concerned.

Scroll down to see spectacular images of the eruption.

Mount Etna, one of the world's most active volcanoes, erupted earlier this week. 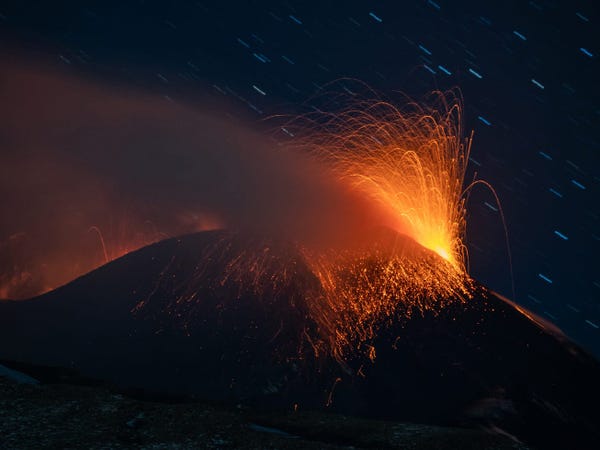 The volcano first erupted on Tuesday, sending rose-colored plumes of ash into the sky… 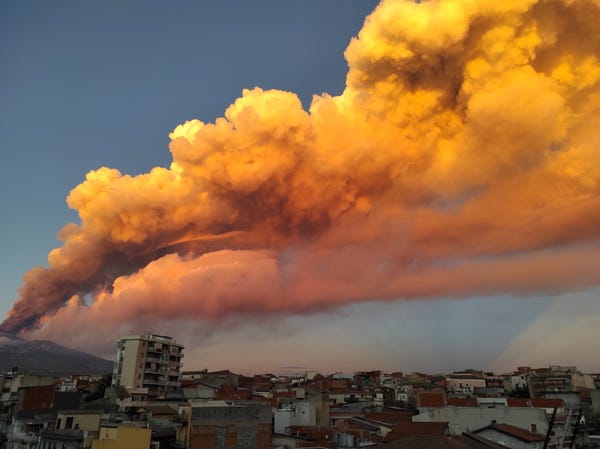 …and showering nearby villages with small stones and grey ash. 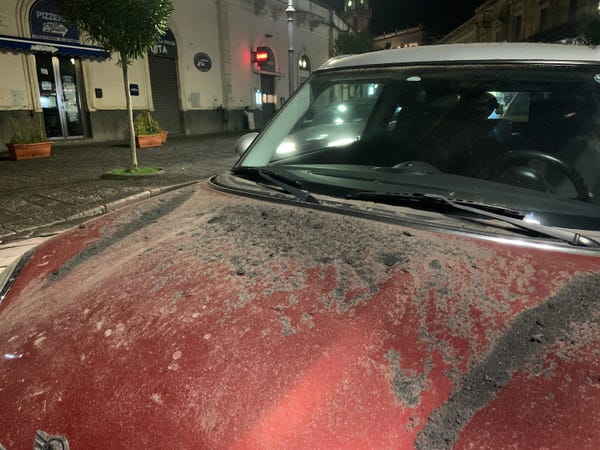 By night time, the clouds had disappeared, but glowing lava continued to stream out of the crater. 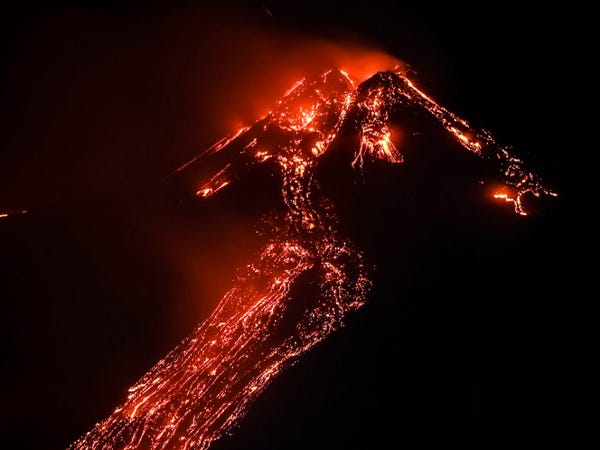 Here is a closer look at the glowing river of lava running down the volcano throughout the night. 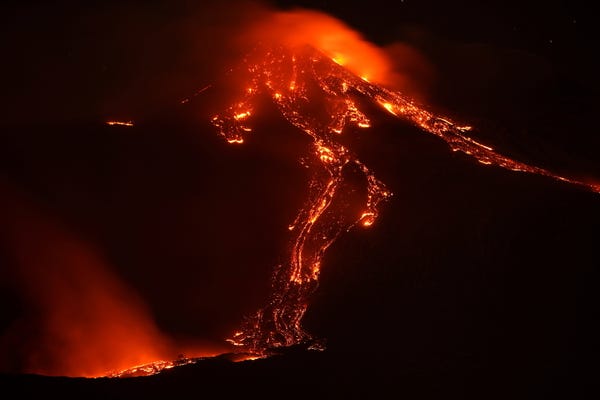 Hot lava continued to shoot out of the volcano's crater. 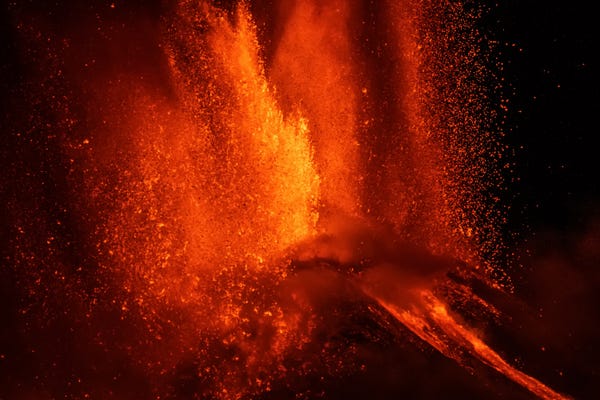 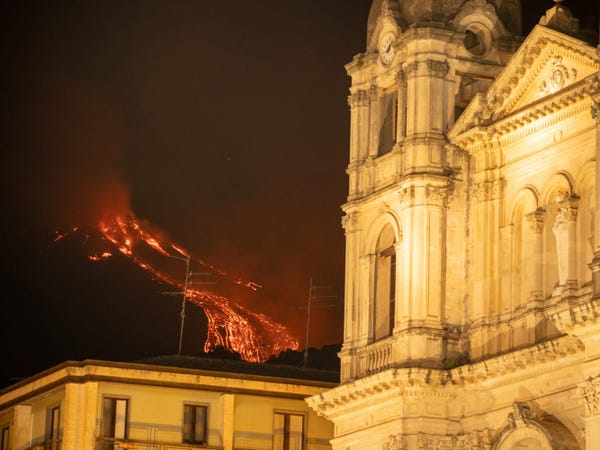 Mount Etna has erupted frequently in the past 500,000 years.

Officials also said the eruption poses no danger to surrounding villages. However, they still closed Catania's international airport as a precaution. 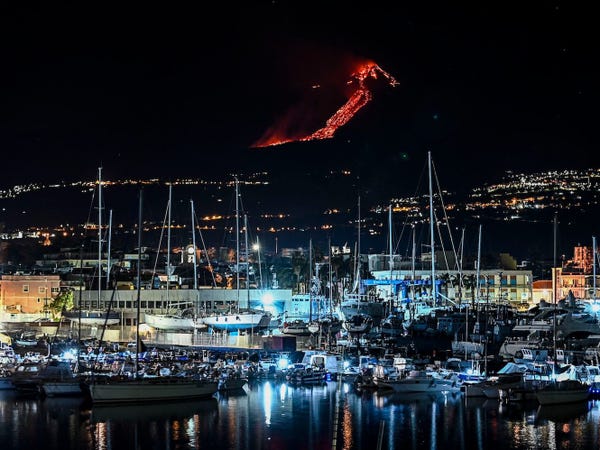 Most Sicilians said they were not worried and that they're used to the volcano erupting. 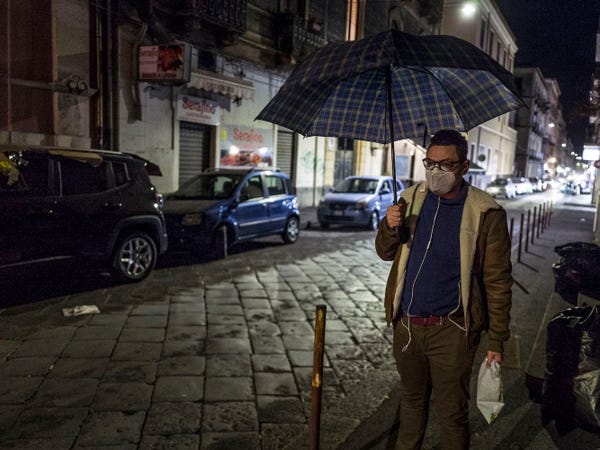 Daniele Palumbo, who is originally from Sicily but is now living in London, said it's "always really funny" to see how outsiders react when Etna erupts. 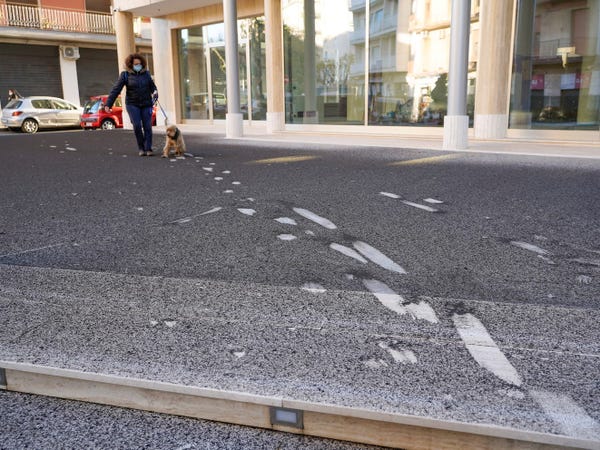 “I think we would be more worried if all these events didn’t happen,” Palumbo said, according to the Independent.

The volcano has since calmed down, only leaving behind ash for city workers to clean up. 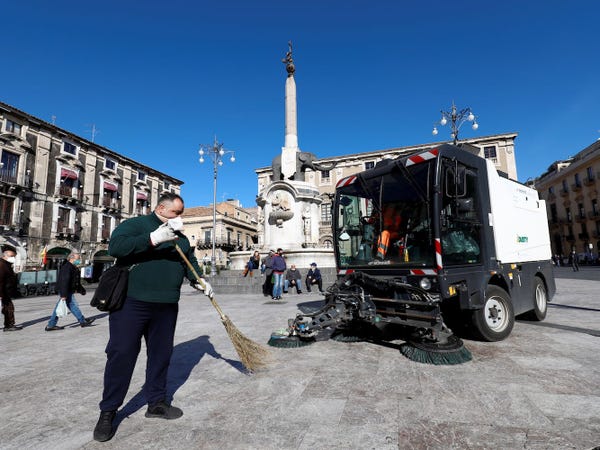