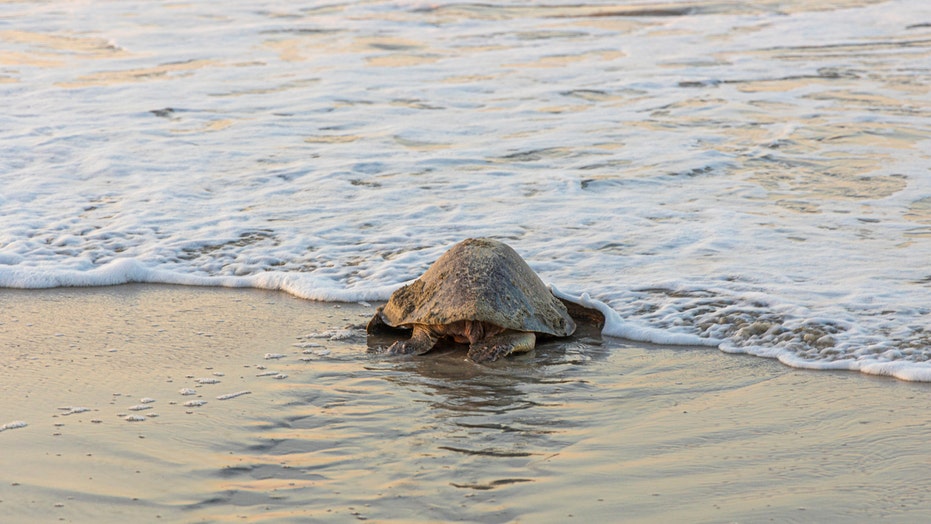 A federal judge ordered an immediate halt on Thursday to plans to dredge a shipping channel on the Georgia coast, citing a threat to sea turtles nesting on nearby beaches.

The injunction by U.S. District Judge R. Stan Baker delivered an initial setback to the Army Corps of Engineers. The agency is trying to end a policy that for 30 years limited to the winter months the dredging of accumulated sand and mud in harbors from the Carolinas to Florida.

The seasonal limits were enacted to protect sea turtles from being killed and maimed by the vacuum-like suction pumps of hopper dredges, and conservationists credit that policy with helping threatened and endangered turtles species begin to rebound.

Giant loggerhead sea turtles, protected as a federally threatened species, nest during the spring and summer months on beaches from North Carolina to Florida. Smaller numbers of endangered green and Kemp’s ridley sea turtles lay eggs in the region as well.

The Army Corps now says the seasonal dredging limits are no longer necessary, citing a report last year by federal government scientists who found sea turtles could endure roughly 150 deaths per year from dredging. The agency hired a contractor to start dredging the shipping channel in Brunswick, Georgia, on May 28 while loggerhead sea turtles were nesting on nearby beaches.

The conservation group One Hundred Miles filed suit in federal court over the proposed shift to year-round dredging. Citing a threat of immediate and irreparable harm, the group asked the judge to stop the 20-day project while the lawsuit moves ahead.

“There is a strong likelihood that a substantial and appreciable number of those turtles would be killed by hopper dredging during those months,” the judge said as he ruled in the environmental group’s favor at the close of a hearing Thursday. 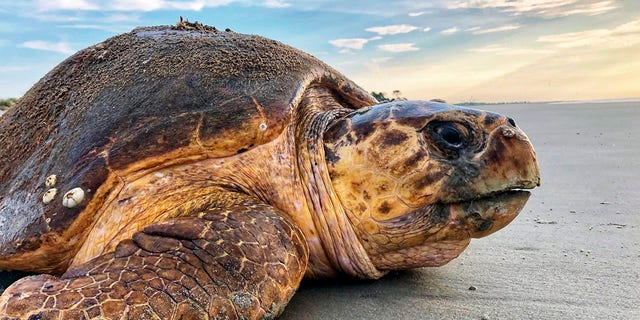 FILE – In this July 5, 2019, file photo provided by the Georgia Department of Natural Resources, a loggerhead sea turtle returns to the ocean after nesting on Ossabaw Island, Ga. A federal judge ordered an injunction Thursday, May 20, 2021, stopping the scheduled dredging of a Georgia shipping channel because of threats to nesting sea turtles. The Army Corps of Engineers wants to scrap a policy that for 30 years has protected rare sea turtles from being mangled and killed by dredged used to suck sediments from harbors in four Southern states. (Georgia Department of Natural Resources via AP, File)

The judge ordered the Brunswick dredging project be put on hold until December, unless the Corps can use a different type of dredge that poses far less risk to sea turtles.

Megan Huynh, an attorney for the Southern Environmental Law Center, said an increase in sea turtles killed and mangled by dredges would be a devastating blow for conservationists who have volunteered for decades to assist their recovery.

Kristofor Swanson, a U.S. government lawyer representing the Army Corps, argued the environmentalists failed to show there will be permanent harm if dredging commences on schedule until the lawsuit is resolved. He said stopping the project would have economic consequences, as roughly half of ships must wait until higher tides to reach the Port of Brunswick, about 70 miles (110 kilometers) south of Savannah.

The Army Corps has said limiting dredging in the Southeast to a period that’s roughly between December and March has made it difficult to compete for a limited number of contractors.

The agency also argued the seasonal windows in place since 1991 focused too much on sea turtles, while ignoring other protected species such as critically endangered North Atlantic right whales that frequent the same waters during winter.

But the judge cited the longevity of those seasonal limits as evidence that year-round dredging could imperil a large number of sea turtles.

“Frankly it’s a stretch to believe the Corps would have abstained from spring and summer dredging in the area for decades if it did not believe there was a significant danger to loggerhead sea turtles during that time,” Baker said. 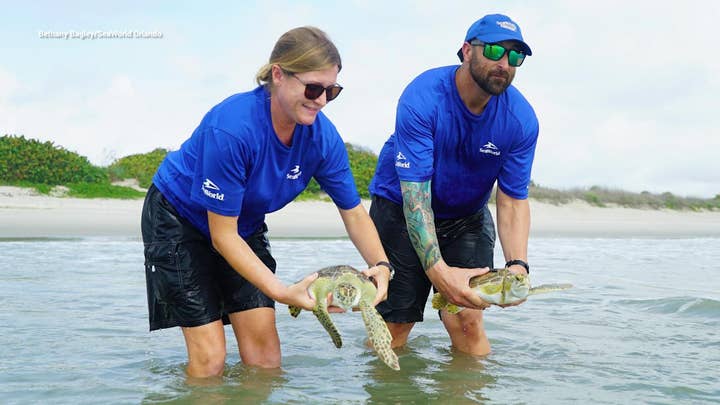 A spokeswoman for the Army Corps’ Savannah District did not immediately return an email message seeking comment on the judge’s decision.

Dodd said a September 2009 trial run at dredging outside the seasonal windows in Georgia was quickly scrapped after dredges killed six loggerhead turtles in Brunswick and Savannah within 15 days of dredging.

“It showed that the captured rate for turtles was eight times higher than it is in the winter on average,” Dodd said. “That was a take level that was considered to be unacceptably high. The project was shut down.”

The judge also sided with the conservation group in finding that the Army Corps violated the National Environmental Policy Act by moving ahead with its dredging plan without conducting a study of the anticipate environmental impacts to sea turtles and other species.

“There is a public interest in and of itself for holding governmental agencies accountable for failing to comply with government regulations,” Baker said.