Kilauea volcano is one of the most active of all its kind on the planet. The volcano, located on the Big Island of Hawaii, often just going by Hawaii, has been continuously erupting for its entire 600,000 year history. However, in recent weeks, there has been an uptick in activity from Kilauea as it spews lava down its slopes.

Monitoring services from the USGS have raised the alert level to ‘orange’.

Alert levels regarding volcanoes are raised to orange to signify an increase in activity.

The USGS said: “Volcano is exhibiting heightened or escalating unrest with increased potential of eruption, timeframe uncertain OR an eruption is underway that poses limited hazards including no or minor volcanic-ash emissions.”

Analysis of the volcano has revealed it is exhibiting high levels of gas emissions with explosions and lava flow to accompany it. 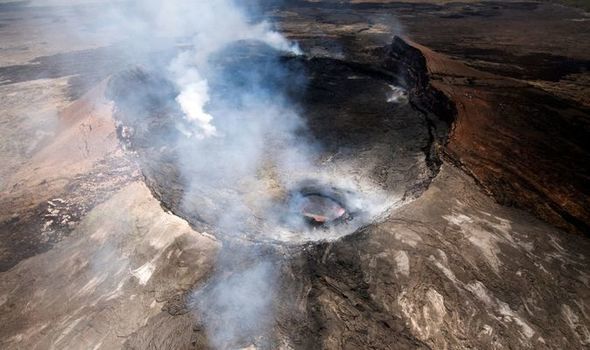 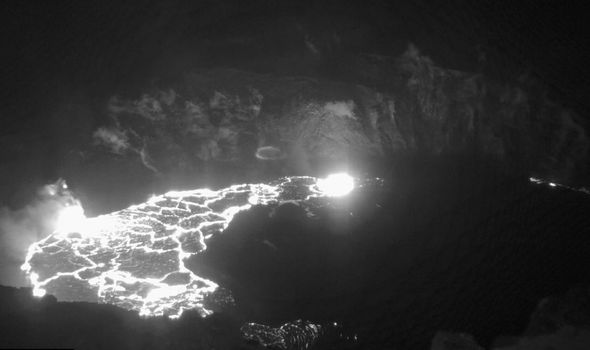 The USGS said: “High levels of volcanic gas, rockfalls, explosions, and volcanic glass particles are the primary hazards of concern regarding this new activity at Kilauea’s summit.

USGS webcam images of Kilauea show lava pouring down the side from the mouth of the volcano.

However, the geological service said there is no imminent danger to the population of Hawaii. 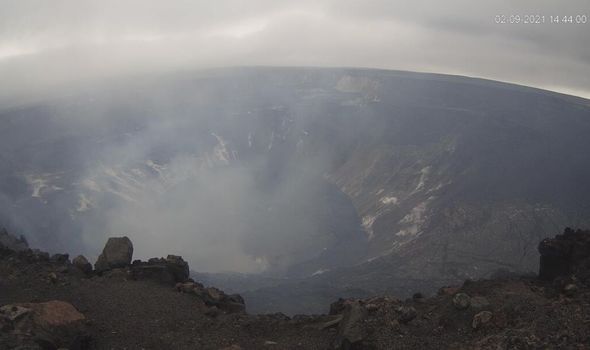 The large volcano reaches impressive heights of 1,247 metres at its tallest point, which the USGS explains: “The summit of the volcano is high because eruptions are more frequent there than at any other single location on the volcano.”

As for the future of the volcano, the USGS says that it will follow in the same vane as its past, with its peak getting taller as it shows no signs of becoming inactive.

The USGS said: “We cannot tell how much larger Kilauea will grow or when it will stop, but it will surely continue to erupt through the rest of human history.”

In recent times, the most powerful eruption from Kilauea came in 2018. 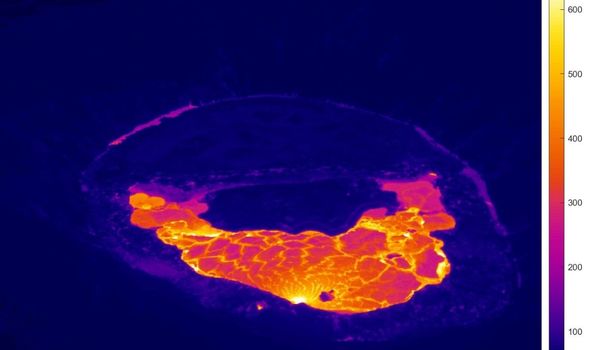 During that time, a blast ploughed ash 30,000 feet into the sky and caused devastation along the south of Hawaii.

Kilauea’s lava lake is measured at 643 feet deep at its west side after the recent eruption and is connected to the source vents by a crusted channel, researchers note.