Prolonged missions in space have caused growth spurts among some astronauts and NASA is concerned what effects a 300-million-mile journey in microgravity will have on the spine.

Previous research shows weight-baring bones become roughly one percent less dense each month a person spends in space due to bone tissues reshaping without a continuous load of gravity, resulting in the person growing.

To learn more about the effects on the backbone, NASA has turned to Dr. Ashley Weaver, a biomedical engineer at Wake Forest University in Winston-Salem, North Carolina, to study how spaceflight affects the network of bones and muscles in the spinal column.

Nine astronauts, currently on the space station, were scanned before leaving for the orbiting lab and upon their return, Weaver intends to perform another scan immediately.

After the before and after scans are compared, scientists hope they can create strategies, such as resistive exercise, to combat bone and muscles loss for those in space. 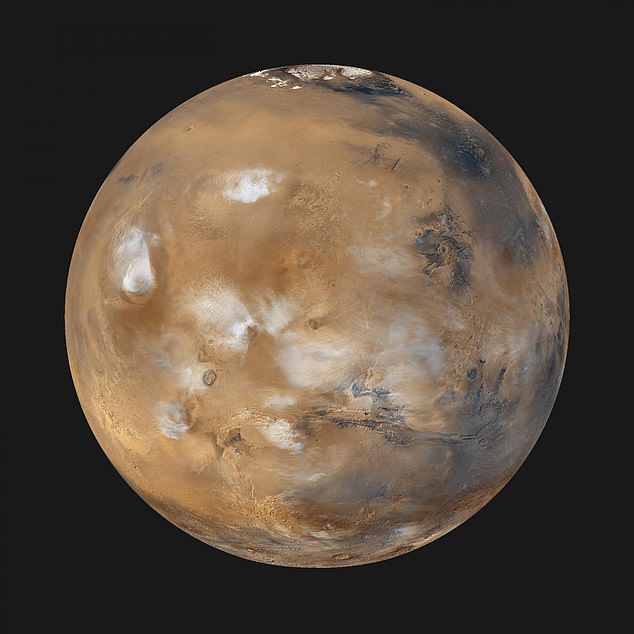 ‘Spinal health is integral to postural control and facilitating the core trunk movements required for all activities on mission,’ explains Weaver. ‘So, it’s crucial that we understand how these muscle changes are influenced by long-duration exposure to microgravity.’

Japanese astronaut Norishige Kanai reported growing 3.5 inches after just three weeks on the ISS, while NASA’s Scott Kelly returned two inches taller than when he left for the orbiting laboratory.

However, once an astronaut returns home, they shrink back to their original height. 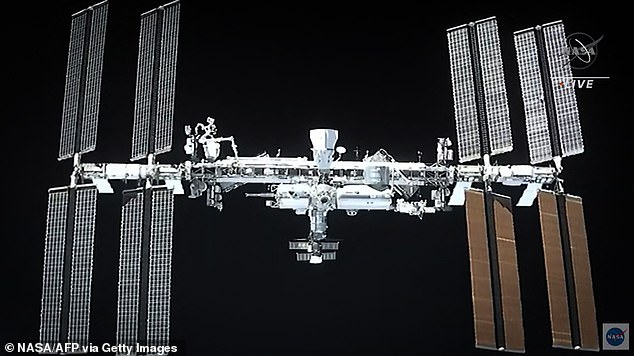 Nine astronauts, currently on the space station, were scanned before leaving for the orbiting lab and upon their return, scientists intends to perform another scan immediately

Although the growth does not seem to impact astronauts too much, NASA fears it could have negative effects that have yet to be uncovered.

To learn more, Weaver and her team are set to compare detailed  scans of astronauts’ spines immediately before and after spaceflight.

They are using techniques such as quantitative computed tomography, or ‘qCT,’ and magnetic resonance imaging, or MRI.

This provides clear imaging to pinpoint subtle shifts in bone density and muscle size upon return to Earth. 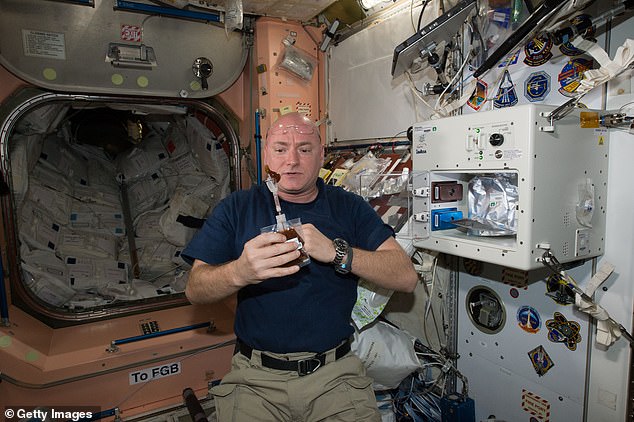 Japanese astronaut Norishige Kanai reported growing 3.5 inches after just three weeks on the ISS, while NASA’s Scott Kelly (pictured) returned two inches taller than when he left for the orbiting laboratory. Such events have NASA concerned about negative effects on the spine

Changes in an astronaut’s qCT scans could show exactly how much bones have hallowed while they were in space, along with  how much spaceflight causes muscles to atrophy, seen through the accumulation of fat tissue in the muscle and shifts in muscle size.

‘By studying muscle and bone together, Weaver hopes to tease out their ‘cross-talk’— how loss of bone density affects muscles, as well as how changes in muscle function and strength influence bone density,’ NASA shared in a statement.

Once all nine scans of astronauts are analyzed, scientists can them start working on strategies, such as resistive exercise, to counter bone and muscle loss in space.

The team hopes that such strategies will be useful for mission on the moon and when humans make the some 239 million mile journey to Mars.

The microgravity of space causes changes in astronauts” brains

Studies have shown microgravity causes structural changes in the brain, but it’s not fully understood how this translates to changes in behavior.

Head-down bed rest at a 6-degree angle is the standard way of simulating the effects of microgravity on Earth.

Participants in a new study were kept in that position for nearly 2 months, and was one of the first studies to enforce the tilted head position.

‘The main goal was to find out whether artificial gravity for 30 minutes each day – either continuously or in six 5-minute bouts – could prevent the negative consequences,’ he said.

This is looking at effects caused by ‘decreased mobility and head-ward movement of body fluids that are inherent to microgravity experienced in spaceflight.’

Artificial gravity countermeasures consisted of spinning participants on a centrifuge.

Positioned like an arm on a clock with their head in the middle, the participants were spun round at the speed of 1 revolution around the ‘clock’ every 2 seconds.