More than 33 million Americans have been fully vaccinated against COVID-19 — more than the number of US cases reported since the pandemic’s beginning. But the proliferation of pernicious variants, some of which can partially evade vaccines, means we’re not out of the woods.

New research suggests that Moderna and Pfizer’s shot are significantly less effective against the variant first found in South Africa, called B.1.351. That study used blood samples from vaccinated people to compare antibody responses to the original virus and to the B.1.351 variant. The results showed that those who got Moderna’s shot had 12 times fewer antibodies that could neutralize B.1.351, while the Pfizer recipients saw 10 times less of those antibodies.

The study authors said both vaccines would likely be less effective against P.1, a variant first found in Brazil as well.

The chart below summarizes what we know so far about how well five vaccines work to protect people from three of the most worrisome coronavirus variants.

Countless versions of the coronavirus circulate worldwide, each separated by a small number of genetic mutations.

Once a slew of mutations makes a particular strain better at infecting people, deadlier, or able to evade the antibodies generated from a vaccination or previous infection, geneticists label it a variant of concern.

There are three of these: B.1.1.7, the variant initially spotted in the UK in September; P.1, which was discovered in December; and B.1.351, which was detected in samples from South Africa dating back to October. 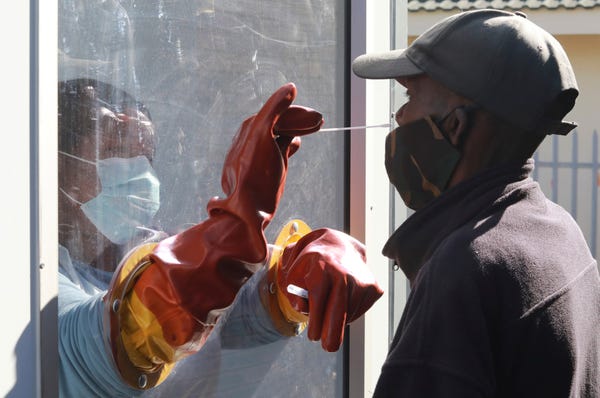 All three share a mutation that affects the shape of the virus’ spike protein, which it uses to invade cells. That may be why these variants are more transmissible.

Studies have shown that the B.1.1.7 variant — which has thus far been reported in 94 countries, including the US — is between 50% and 70% more contagious than its viral predecessors. Recent evidence also suggests that people infected with this variant may face a higher risk of death than those who get other strains.

The B.1.351 variant from South Africa has been reported in 48 countries and 23 US states. But studies have not found it to be more lethal than the original virus.

The same goes for the P.1 variant, which a March study suggests is between 40% and 120% more transmissible than earlier versions of the virus. P.1 has been detected in 26 countries and 10 US states. 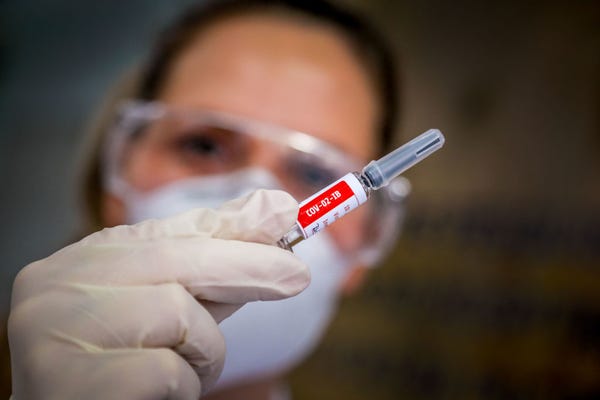 Research suggests that existing vaccines work to protect people from B.1.1.7 but are less effective against B.1.351 and P.1. That’s likely because those latter two variants share a mutation that can prevent the antibodies generated in response to the original virus from recognizing it.

B.1.351 and P.1 also have a mutation that may help the virus bind more tightly to cells.

What these variants mean for you

Both Pfizer and Moderna said in January that they plan to develop and test booster shots to tackle the B.1.351 variant. That means vaccinated people may need to get a follow-up shot. Until that process is complete, people who’ve been vaccinated or previously got COVID-19 could still be at risk of infection from the B.1.351 and P.1 variants. However, vaccines probably still confer some degree of protection against these variants, even if they’re less effective.

“The more vaccines we can get into the arms of people, the fewer numbers of overall infections,” Kristian Andersen, an immunologist the Scripps Research Institute in California, tweeted in January. That includes infections with the B.1.351 and P.1 variants, he added.

What’s more, the variants jump between hosts the same way as the original virus — so social distancing and personal protective equipment should still help stop their spread. That’s why those mitigation measures remain critical, especially given that if you get exposed to a more transmissible variant, you’re more likely to get infected.

“Let’s get our genomic surveillance in place, better masks, more masks, much more widespread testing and screening — and avoid gatherings and crowded settings,” Andersen wrote. “Combine that with accelerated vaccine distribution and an accelerated plan for updated boosters.”