Original 45-year-old Apple computer with wooden case set to sell for £1.1 MILLION on eBay — 2,250 times more than it originally cost in 1976

The ‘Apple-1’ was the first product to be developed under the Apple name by company co-founders Steve Jobs and Steve Wozniak and launched in 1976.

The fully-functional model is being sold by Krishna Blake of the US, who purchased the machine in 1978, and comes with its manuals and a cassette interface.

Also included in the sale is a period Sony TV-115, which was the monitor model originally recommended by Mr Jobs to use to display the computer’s output.

According to Mr Blake, the sale of this rare piece of computing history on the online auction site is ‘truly a first for eBay.’ 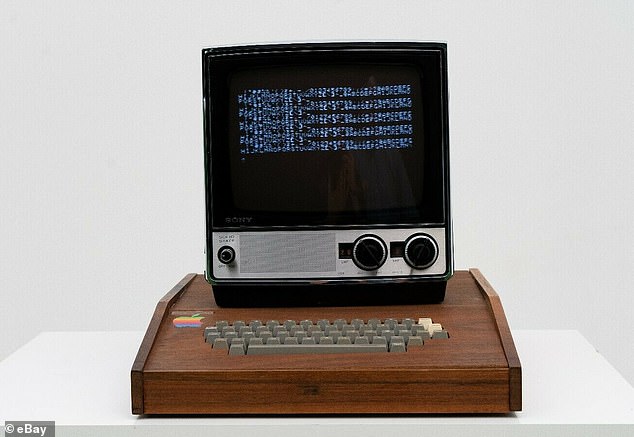 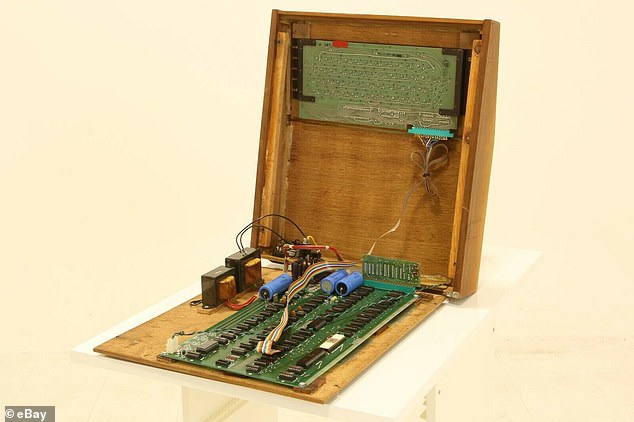 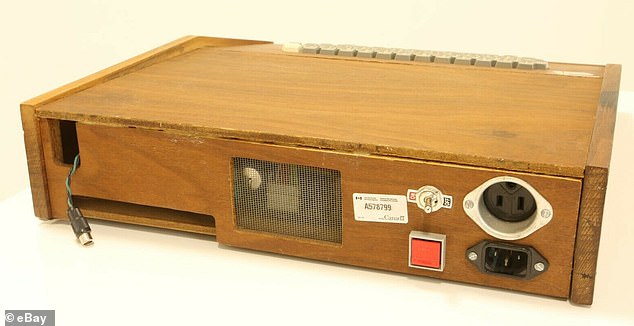 The fully-functional model (pictured) is being sold by Krishna Blake of the US, who purchased the machine in 1978 — and comes with its manuals and a cassette interface

A far cry from Apple’s modern ‘works-right-out-of-the-box’ offerings, the Apple-1 was originally conceived as a kit to be sold to electronics hobbyists and the members of the so-called Palo Alto Homebrew Computer Club.

However, the machine became one of the first computers not to need soldering by the end user when Paul Terrell — owner of early personal computer store ‘The Byte Shop’ in Mountain View, California — agreed to buy 50 fully assembled units for sale.

In total, around 200 Apple-1 machines were produced from the garage of Mr Job’s parents’ home in Mountain View, California, of which units Messrs Jobs and Wozniak ended up selling a total of 175.

The Apple-1 would pave the way for the development of the more advanced Apple II in early 1977, which came in a plastic housing with an integrated keyboard.

Sale of the Apple II and its accessories and software saw Apple Computer’s annual revenue rise from $774,000 to $118 million within just three years.

The Apple-1 being auctioned is one of The Byte Shop’s models and comes complete with its original koa wood case, making it one of only six of the remaining Apple-1 units to be intact, with the other five encased models in museum collections.

Mr Blake’s machine — listed as #79 on the Official Apple-1 Registry — is said to be in the best condition of these six machines, thanks to having been kept in special storage for much of its life.

The machine was been authenticated as a genuine original by Apple-1 expert Corey Cohen back in August 2019 at the Vintage Computer Festival West in California.

Beyond reinforcement to the case’s transformer area, the unit is said to have never been modified or repaired and comes with its original power supply and keyboard.

‘This piece of original technology has also now become a piece of collectible art, and never replaceable,’ said Mr Blake.

‘I took possession in early 1978 from the original owner as part of a trade-in for a newer Apple II computer at the computer store where I maintained all Apple IIs in Montreal, Canada until Apple came to Canada,’ he explained. 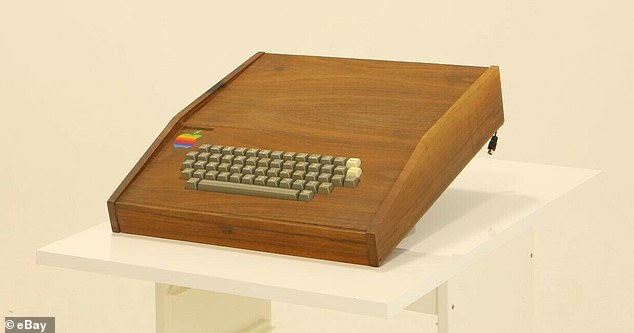 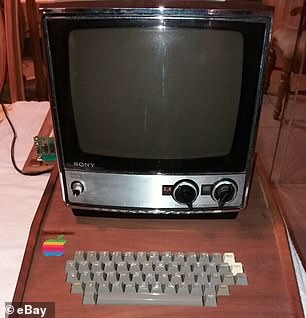 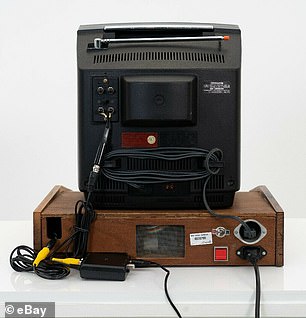 Also included in the sale is a period Sony TV-115 (pictured), which was the monitor model originally recommended by Mr Jobs to use to display the computer’s output 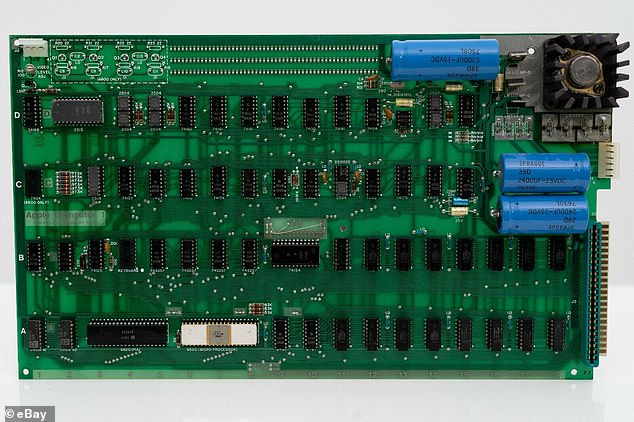 According to Mr Blake, the sale of this rare piece of computing history on the online auction site is ‘truly a first for eBay.’ Pictured: the internal circuitry of the Apple-1 computer

The computer, which is reportedly securely stored in a bank vault in Florida, will be hand deliver to its future owner, as the machine is ‘too valuable to risk any damage, loss or fraud.’

More information on the Apple-1 unit can be found on its eBay listing.

WHAT IS THE APPLE 1?

Apple co-founders Steve Jobs and Steve Wozniak created the Apple-1 personal computer in 1976 and presented it at a computer club in Palo Alto.

However, there were few takers at the time.

Paul Terrell, owner of a retail chain called Byte Shop, placed an order for 50 of the machines and sold them for $666.66 (£420) retail – once Mr Wozniak and Mr Jobs agreed to assemble the circuit boards rather than offer them as kits.

The usual price tag is believed to have been chosen because Mr Wozniak liked repeating digits.

Wozniak and Jobs hand-crafted 150 more Apple-1 machines and sold them to friends and other vendors.

Fewer than 50 original Apple-1s are believed to have survived, with only eight known to be in working condition.

The Apple 1 did not have a keyboard or monitor, meaning users had to supply their own before they were able to use the computer.

It also had a tiny 8K memory — minuscule by today’s standards.

Jobs sent them direct to buyers from the garage of his parents’ house.

The first Apple computer helped kick-start a technological revolution that brought affordable computers out of science labs and into people’s homes.

The Apple II was introduced in April 1977 with an integrated keyboard, sound, a plastic case, and eight internal expansion slots.

By the time it was discontinued in October 1977, around 200 Apple 1s had been produced.

It is thought that only 30 to 50 of the computers still exist today.