Shocking footage widely circulated on social media shows the seven-year-old playing his mechanical adversary during the event, organised by the Moscow Chess Federation (MCF). However, when the boy goes to make a quick move, the machine swoops down and pinches his hand, with the youngster wincing in pain.

At that point, a woman and three men rush to his aid, freeing the visibly distressed boy from the robot’s vice-like grip and leading him away, presumably for medical assistance.

He explained the young competitor had “made a move, and after that we need to give time for the robot to answer, but the boy hurried and the robot grabbed him”. 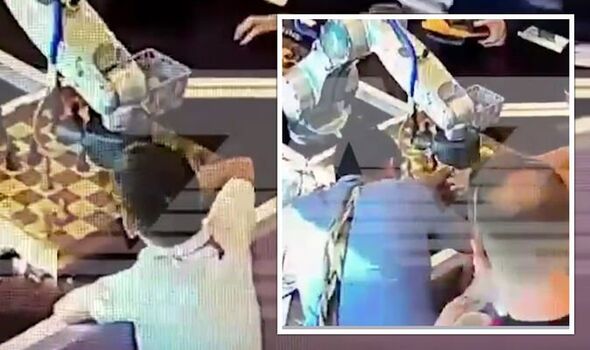 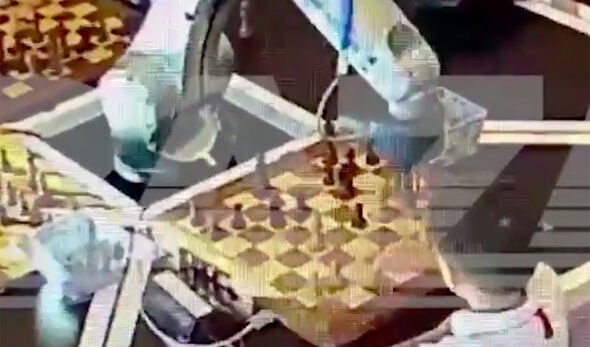 The robot’s suppliers were consequently “going to have to think again”, he admitted.

Nevertheless, it was the first time the robot had injured somebody despite having played in multiple other events, Mr Lazarev stressed.

Describing the incident, on July 19, as a “coincidence” and insisting the robot was “absolutely safe”, he continued: “The child played the very next day, finished the tournament, and volunteers helped to record the moves.” 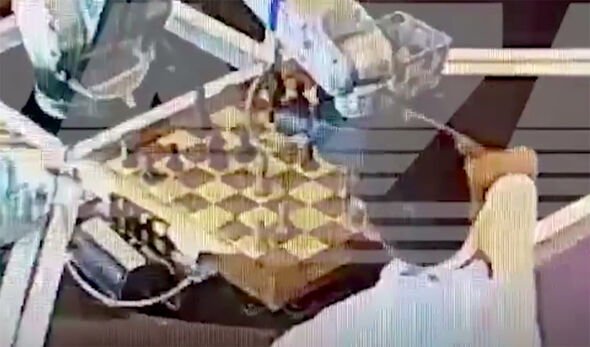 Sergey Smagin, who is the vice-president of the Russian Chess Federation (FCF) suggested the robot had pounced after it took one of the boy’s pieces.

He said: “There are certain safety rules and the child, apparently, violated them.

“When he made his move, he did not realise he first had to wait. This is an extremely rare case, the first I can recall.” 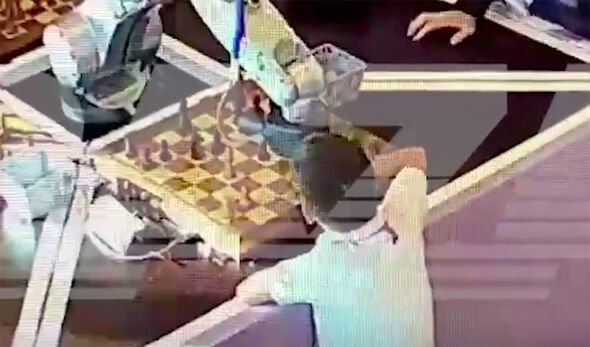 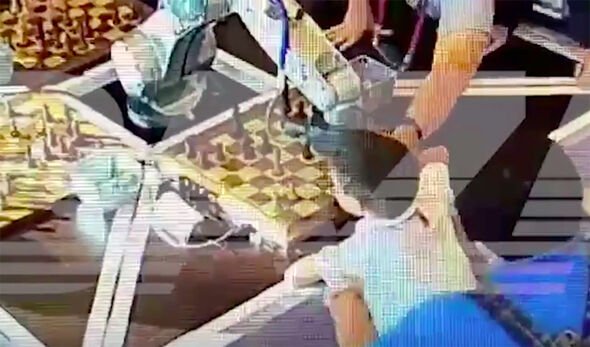 The boy was named by the Baza Telegram channel as Christopher, and described as one of Moscow’s 30 best chess players in the under-nines category.

Baza said: “People rushed to help and pulled out the finger of the young player, but the fracture could not be avoided.”

His parents are now believed to have contacted the public prosecutor’s office. 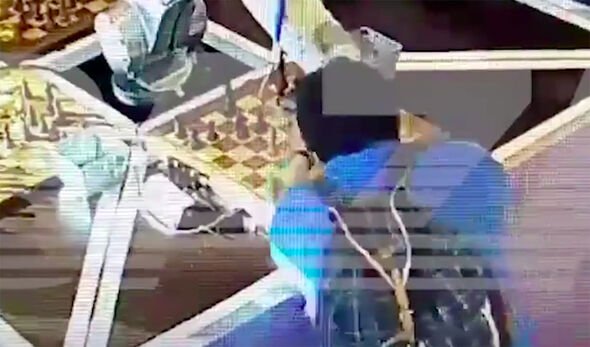 A 2015 study indicated one person is killed by an industrial robot in the US alone every year.

Robert Williams, a 25-year-old factory worker, is regarded as the first human being killed by such machinery, in an accident at the Ford Motor Company Flat Rock Casting Plant on January 25, 1979.

In addition, robots which are used to help perform surgical procedures were held responsible for the deaths of a total of 144 people between 2008 and 2013. 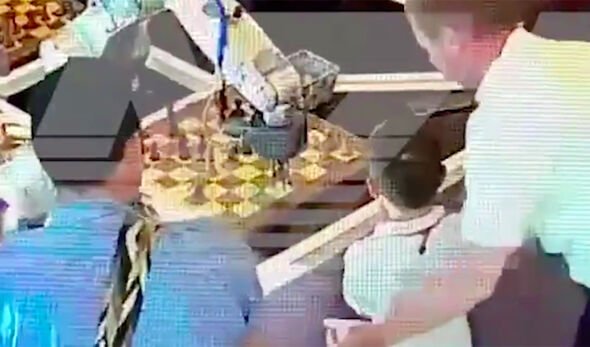 The laws, nominally included in the fictional Handbook of Robotics, 56th Edition, 2058 AD, which have generally been regarded as offering a blueprint for interaction between robots and human beings, state: