Los Angeles has been rocked by numerous earthquakes on Easter Monday, with the largest clocking in at 4.0 on the Richter Scale. Three earthquakes were recorded in the city within half an hour, with residents reporting slight shaking in their own homes.

The first earthquake struck at 12.15pm, in the East Lennox part of the town.

It reached 3.3 on the Richter scale, with a depth of 19.9km, according to the US Geological Survey.

Just a short seven-minute drive away, another earthquake landed less than a minute later.

The earthquake had an epicentre of just under 26km, with a magnitude of 2.5. 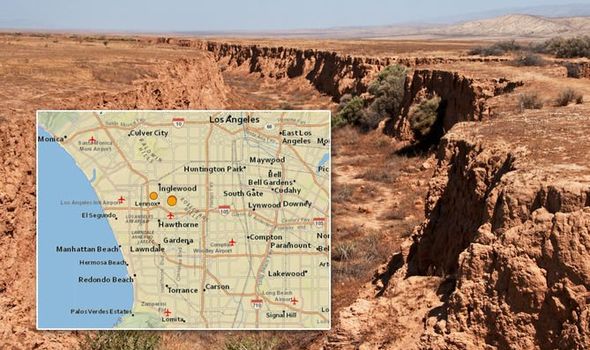 This would turn out to be the strongest earthquake of the lot, reached 4.0 on the Richter scale, with a depth of 19.9km.

While LA is no stranger to earthquakes, it’s now been revealed that the city may be spared of ever having to deal with a ‘Big One’.

A Big One is a type of earthquake measuring at least 8 on the Richter scale, leading to mass devastation in built-up areas.

Everywhere within 50 miles of the epicentre would be affected by the devastation.

The San Andreas fault – the continental fault line running along the California west coast – has long believed to be susceptible to a Big One.

Estimates suggest that more than 14,000 people could die in the worst-case scenarios of these mega earthquakes, with many casualties coming in LA and San Francisco.

But, scientists have now revealed the importance of a lesser-known section of the fault line, which could also mean a much lower risk of a major quake. 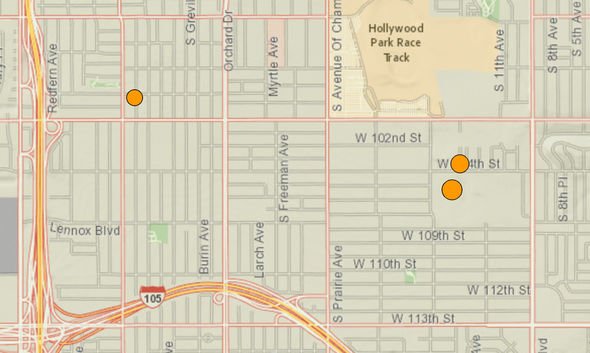 The so-called Mission Creek strand has greater tectonic movement than previously thought, according to US scientists.

The strand runs just beneath the Little San Bernardino Mountains, and was previously considered largely irrelevant to California’s earthquakes.

But, the heightened movement is crucial, as it relieves some of the stress on the Banning and Garnet Hill strands.

It’s believed that a Big One would largely result from an earthquake on the Banning or Garnet Hill strand. But, the revelation of Mission Creek’s movement means that a Big One is far less likely to happen.

Any resultant earthquake would likely be spread out over the three strands, which takes some of the pressure away from LA.

The most recent large earthquake on the San Andreas fault came in 2004.

The Parkfield earthquake reached 6.0 on the Richter scale, after the fault line moved about 18 inches.

Aftershocks were felt in California for more than a week, followed by a series of smaller earthquakes slightly west of Parkfield.