Scientists have altered the genes of the animals colloquially known as daddy long legs and turned them into ‘daddy short legs.’

Utilizing RNA interference, researchers at the University of Wisconsin Madison were able to sequence the genome of Phalangium opilio and modify six of the arachnids’ eight legs and turn them into half their normal size.

Known as Opiliones or harvestmen, these animals – which are not spiders, though they are closely related – saw their long legs transformed into pedipalps (used for food) as a result of the genetic transformation. 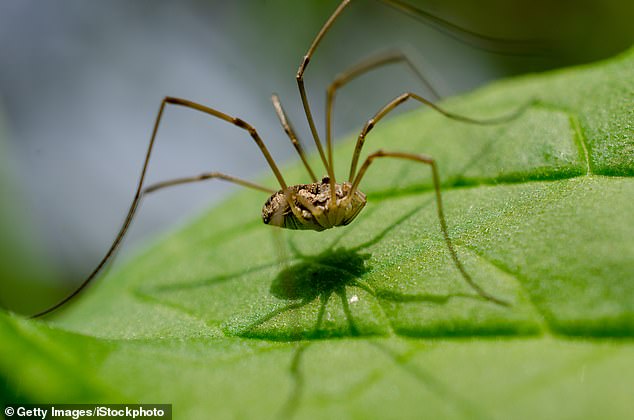 Scientists altered the genes of daddy long legs and shortened their legs, according to a new study 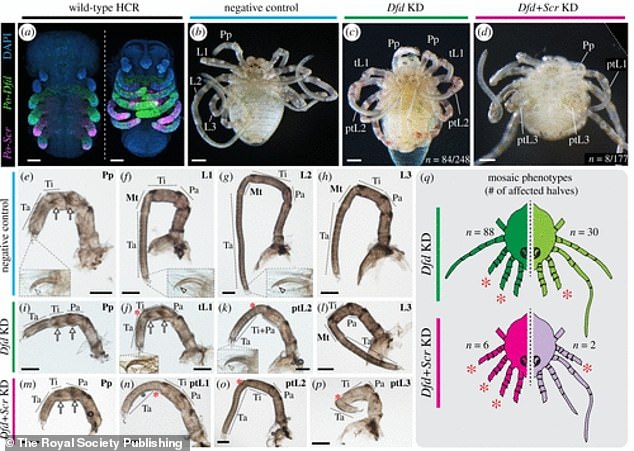 They use RNA interference to sequence the genome and turn six of eight legs into half their normal size (pictured in Q). The legs were transformed into appendages known as pedipalps, used for food

‘We’ve shown… how the combinations of these genes create a blueprint in the embryo to differentiate between what’s going to be a leg that is used for walking and what is going to be a pedipalp, which can be used to manipulate food and assess the surroundings,’ the study’s lead author, Guilherme Gainett at the University of Wisconsin-Madison, said in an interview with New Scientist. 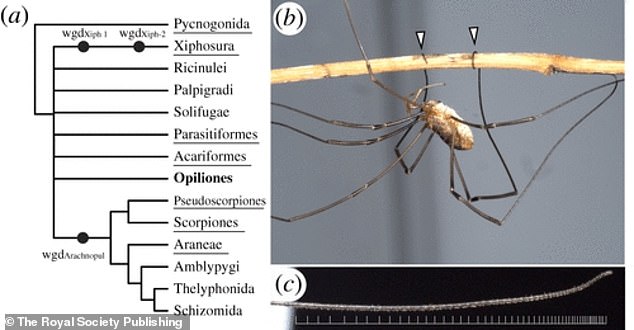 Daddy long legs are harvestmen and not spiders, though they are closely related 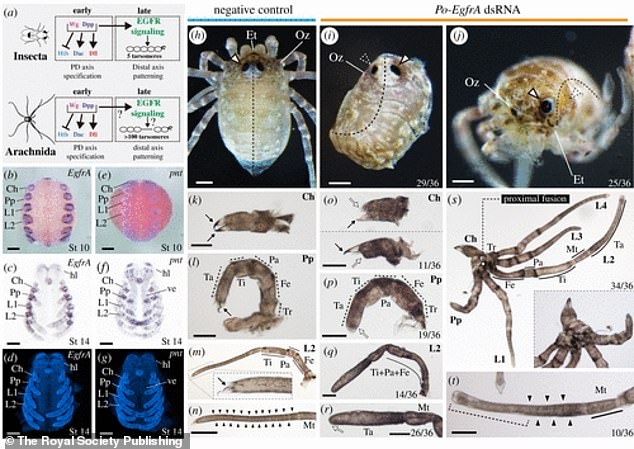 Harvestmen have been on Earth for around 400 million and there are 6,500 species. However, not much is known about them. Experts believe their genome could help unlock the secrets to understanding them

Although harvestmen have been on Earth for around 400 million years and there are a great number of species (almost 6,500), researchers still have a number of questions about them, including why they cluster together.

They also have pores that give off chemicals that are used to drive enemies away, which Ignacio Escalante, a harvestman biologist at the University of Wisconsin at Milwaukee, told the Atlantic ‘can have a sweet, gasoline smell.’

Like cats, these long-limbed arachnids also groom themselves with their mouths.

Unlike spiders, they do not produce silk, have one pair of eyes and are not venomous, according to the US Department of Energy.

If their long legs are injured or plucked off by a predator, they do not grow back.

It’s also unclear what their reproductive cycles are or if they are predators or scavengers, despite appearing on every continent except Antarctica.

The majority of harvestmen use their longest pairs of legs to touch and wave around, looking for food, while using the other six to walk and evade predators.

Leg length has also been used for mating, with Gainett telling the Atlantic that ‘whichever male has the longest leg wins, and it’s the one that is going to mate.’

Researchers believe their genome could help unlock some of these questions and more, including why their legs are so long.

‘The genome of the daddy long legs holds great potential to clarify the complex history of arachnid genome evolution and body plan, as well as to reveal how daddy long legs make their unique long legs,’ Gainett told CNET.

The research has been published in the journal Proceedings of the Royal Society B.

Harvestmen, better known as daddy long legs, are more closely related to scorpions than they are spiders.

Unlike a spider, harvestmen don’t have a constricted area between the two sections of their body.

Their bodies are broadly joined so it looks like an oval body shape with legs coming off.

They have fangs, like a spider, but they don’t produce venom.

When a spider feeds they inject venom into their prey to help to break it down, harvestmen grab their prey while it’s alive.

They are usually found in clusters.

Scientists think that clusters could make them look larger to put off predators and possibly for warmth.

Harvestmen defend themselves by secreting a foul-smelling fluid.