A pair of scientists are reviving the method of plant-made vaccines to reduce cost and tailor treatments to meet individuals’ needs.

Hugues Fausther-Bovendo and Gary Kobinger, Canda and the US, propose using ‘molecular farming,’ which places DNA that creates proteins inside a plant cell.

The cell is then transformed into an extract to make a vaccine.

Molecular farming was first proposed as an alternative to biomanufacturing in 1986 because all scientists needed was a greenhouse setup, which is much cheaper than bioreactor suites.

This method has shown successful in phase 3 clinical trials for CoVLP, a COVID-19 vaccination candidate, and a vaccine against influenza – both of which would be administered orally and not as a shot. 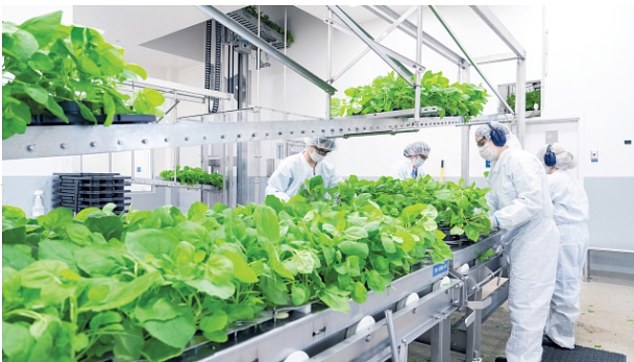 Scientists propose using ‘molecular farming,’ which places DNA that creates proteins inside a plant cell that is than transformed into an extract to make a vaccine. Pictures is the process being done to make a potential COVID vaccine candidate

‘The plant-made vaccines against influenza virus and SARS-CoV-2 are expected to be the first therapeutic proteins produced in whole plants for human use,’ Fausther-Bovendo and Kobinger wrote in an article published in Science Magazine.

‘The glucocerebrosidase enzyme, produced as an injectable protein drug called taliglucerase alfa for the treatment of Gaucher disease, is produced in a carrot cell culture rather than in actual plants.’

According to the Centers for Disease Control and Preventions (CDC), the most common method for making flu vaccines is using an egg-based manufacturing process – a method that has been used for more than 70 years.

Candidate vaccine viruses (CVVs) are injected into fertilized chicken eggs and incubated for several days so the viruses can replicate.

The fluid containing the virus is harvested from the eggs and used to create the injectable vaccine.

Not only do Fausther-Bovendo and Kobinger repeatedly mention the cost of the traditional method in the Science Magazine article, but they noted that plant-produced proteins give a stronger immune response mainly because they can be taken orally.

The team highlighted clinical trials of both plant-made and traditional vaccines to treat E. coli, hepatitis B virus, rabies lyssavirus, and norovirus, which occurred between 1998 and 2004. 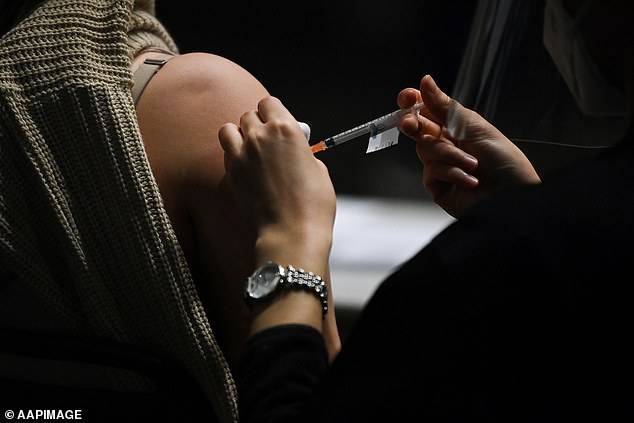 According to the Centers for Disease Control and Preventions (CDC) website, the most common method for make flu vaccines is using an egg-based manufacturing process – a method that has been used for more than 70 years

‘In these trials, the proportion of immunized individuals who generated an immune response against the desired target was disappointingly lower than in clinical trials involving standard vaccines administered via the parenteral route, the scientists wrote in the article.

Given orally, plant-made therapeutics are also interesting to consider, explains Fausther-Bovendo and Kobinger; they may require minimal processing, thus skipping expensive and time-consuming steps in the manufacturing process.

Edible vaccines – still predominantly in the preclinical stage of development – are also currently under development, the authors note.

Because doses for therapeutics are much higher than for vaccines, investment in manufacturing infrastructure needs to increase to achieve large-scale manufacturing of plant therapeutic products, Fausther-Bovendo and Kobinger shared in the article.

It is made using a tobacco plant variant and uses virus-like particles (VLPs).

VLPs, which are molecules that closely resemble authentic native viruses,  but are non-infectious because they don’t contain genetic material, are added to the soil and absorbed by the plant as it grows.

This is different from the COVID-19 vaccines authorized for emergency use by the U.S. Food and Drug Administration, which target just the spike protein on the outside of the virus, rather than resembling the overall structure of the virus.

It then mimics the shape of the coronavirus to train the immune system to recognize it and mount an immune response.