A 400 million-year-old aquatic creature dubbed the ‘platypus fish’ has revealed staggering insights into early vertebrate evolution. Cutting-edge analysis of the fossilised fish’s inner ear indicates this beast may be a surprisingly close cousin to modern-day sharks and other bony fish.

University of Birmingham researchers were joined by and scientific institutions from China, Australia and Sweden using the latest ‘virtual anatomy’ techniques.

These included MicroCT scanning – exploiting x-rays to peer inside the Palaeozoic era fossil.

And digital reconstruction was also harnessed to access never-before-seen areas within the braincase of these mystery fossils. 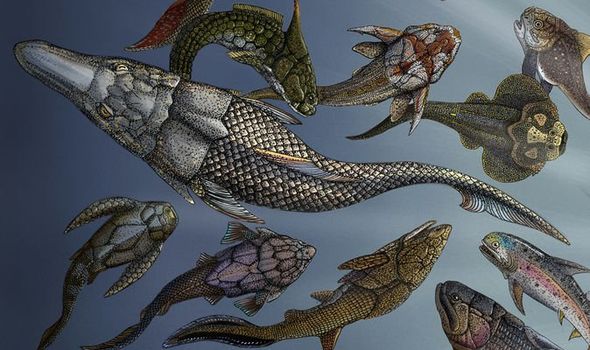 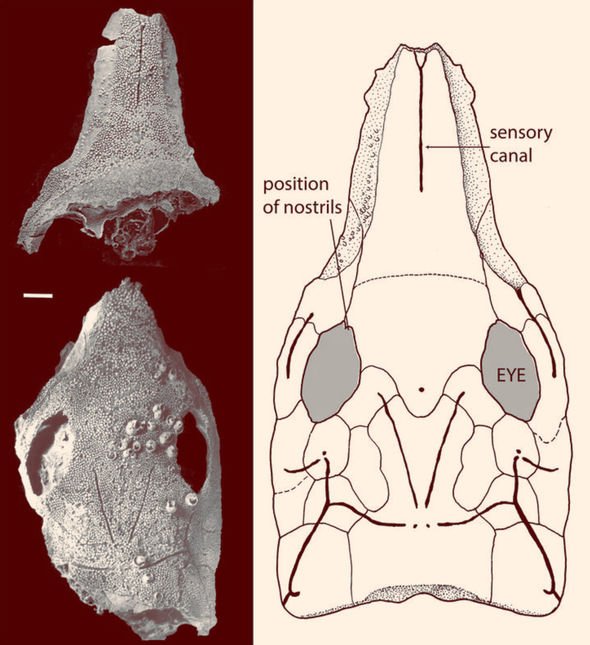 This was surprisingly compact in construction, especially in comparison to its modern-day incarnations.

Its closely connected components obviously resemble the inner ears of modern jawed vertebrates such as sharks.

Some features of the platypus fish also appear strikingly-similar to the inner ear of our species.

The fish belongs to a group called placoderms, a class of armoured fish swimming the seas for 60 million years of the early Palaeozoic era – approximately 420 and 360 million years ago. 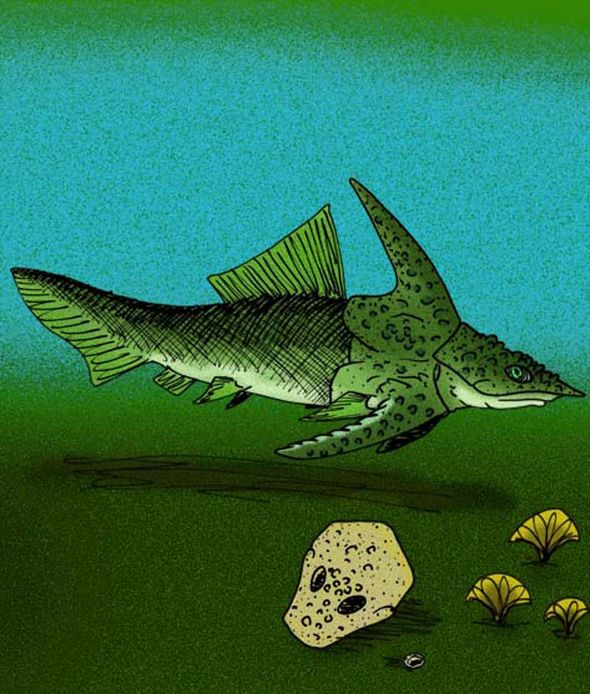 Most placoderms have less complex inner ear structures, with a large sac, called a vestibule.

This is positioned in the centre and kept separate from all the other components.

The Brindabellaspis stensioi fossils were found in Australia at the end of the 20th century.

Initial analysis led the fossil experts to conclude these fish were closely related to primitive, jawless fishes which first appeared on the scene some 500 million years ago.

However, the latest analysis actually challenges assumptions placoderms were a distinct group altogether.

Dr Sam Giles, of the University of Birmingham’s School of Geography, Earth and Environmental Sciences, believes the study instead supports the possibility they contained the origins of modern jawed vertebrates. 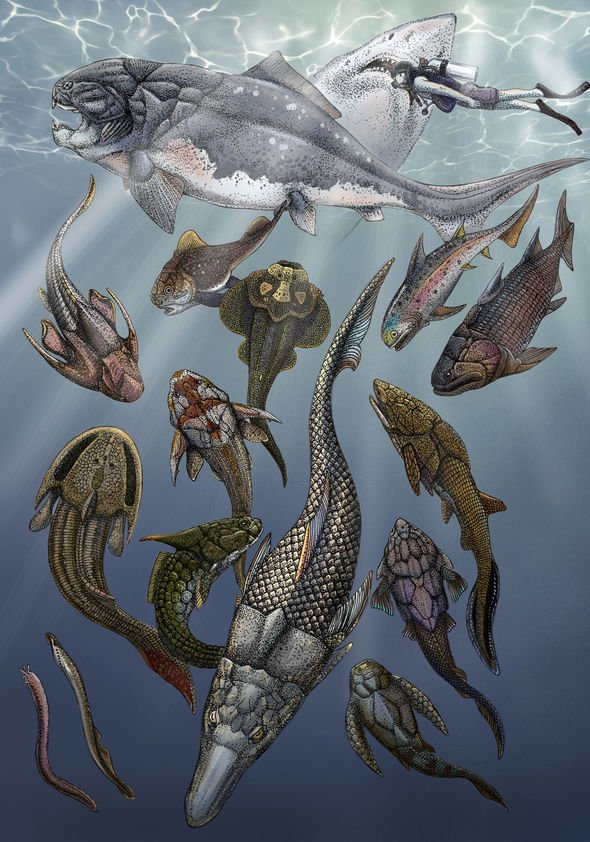 She said in a statement: “The inner ear structure is so delicate and fragile that it is rarely preserved in fossils, so being able to use these new techniques to re-examine specimens and discover this wealth of new information is very exciting.”

“This fossil has revealed a really intriguing mosaic of primitive features and a surprisingly modern inner ear.

“We don’t yet know for certain what this means in terms of our understanding of how modern jawed vertebrates evolved, but it’s likely that virtual anatomy techniques are going to be a critical tool for piecing together this fascinating jigsaw puzzle.”