Residents were left in a state of shock after hearing a loud bang which triggered car alarms and shook windows at around 3pm on Saturday. The explosive noise was heard across three counties: Dorset, Devon and Somerset.

A taxi driver in Jersey managed to film the object – which is believed to be the moment it enters the atmosphere.

The Ministry of Defence said the bang was not linked to RAF activity, while FlightRadar24 showed no activity by military jets in the area.

Police were also baffled – and ruled out criminal activity.

Astronomer Will Gater believes the bright light was a bolide meteor, and has shared audio of the boom. 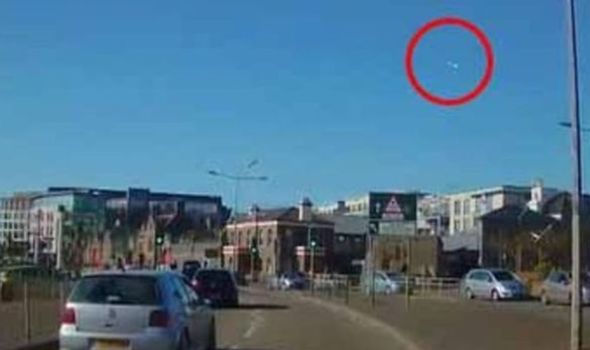 He said: “People across the Westcountry can go to bed tonight knowing that the sound they experienced this afternoon was almost certainly the rumble from a chunk of space rock smashing into our atmosphere.”

Mr Gater cited trustworthy sources and reports of a “disintegrating” meteor being spotted in north-west France at the same time it was heard in the UK.

A witness told Devon Live: “I’m from Payhembury and I just heard what sounded like a big explosion.

“It was this big bass-y boom that reverberated for a good 20 seconds or so, followed by a series of popping noises.

“I’ve checked and people as far as Dorset also heard it.”

George Thorpe in the village of Exminster, near Exeter, saw a “strange-looking aircraft in the sky”.

He added: “Couldn’t get a picture because it was too cloudy and it was gone pretty quick, but looked capable of breaking the sound barrier.”

A sonic boom is caused when an object breaks the sound barrier – which requires a speed of 770mph. 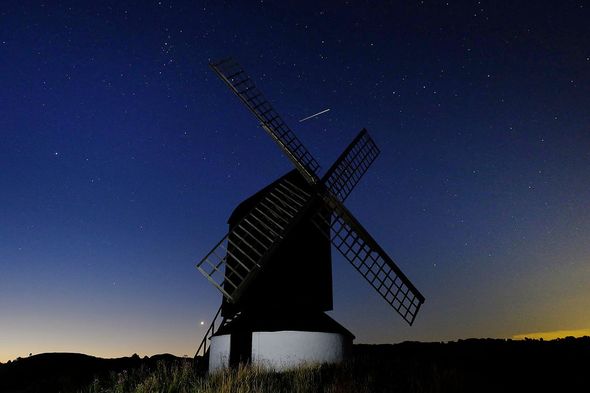 Meteors are rock which burn upon entry to Earth’s atmosphere.

An estimated 48.5 tons of meteoritic material falls on Earth each day, Nasa says.

“BGS has no evidence of any seismic event in the area at the approximate time of 3pm today.

“However, the descriptions provided by members of the public are consistent with those typically experienced by a sonic boom.”