Spaceflight is serious business: Getting people from Earth into orbit safely requires precise planning and execution. But that doesn’t mean astronauts can’t have a little fun while they’re launching into space.

As part of its latest Crew-2 mission, SpaceX rocketed four astronauts toward the International Space Station aboard the Crew Dragon spaceship Friday morning. The successful launch inspired some joyful noise from the Crew-2 astronauts.

“The ride was really smooth. We couldn’t have asked for anything better,” NASA astronaut and pilot Megan McArthur said during a live video tour of Crew Dragon in orbit. “There may have been some hooting and giggling up here while all that was going on.” 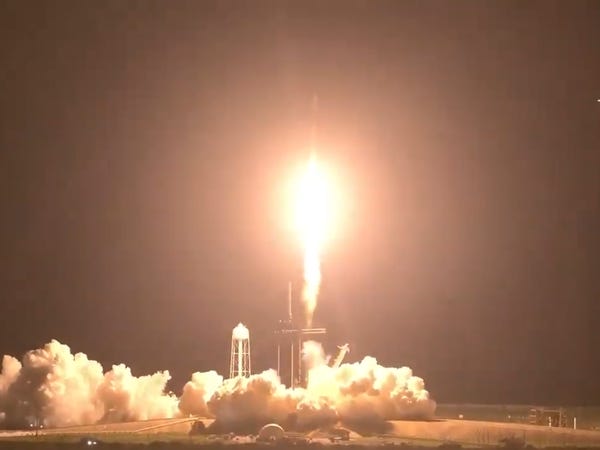 “We chased the sun pretty quickly and caught up with it just a few minutes after we took off,” NASA astronaut and mission commander Shane Kimbrough said. “That was pretty special to see the sunlight coming in.”

A tight-knit crew of seasoned astronauts

This isn’t McArthur and Kimbrough’s first space voyage. The two NASA astronauts — and their crewmates Akihiko Hoshide of the Japan Aerospace Exploration Agency and Thomas Pesquet of the European Space Agency — have rocketed into orbit before.

“It’s great to be back in space again after a few years for me,” McArthur said. The last time she was in space was more than a decade ago, when she helped upgrade the Hubble Space Telescope in 2009.

“I’m like a baby bird here, relearning how to move around in microgravity and it feels really good but it feels a little bit weird too,” McArthur said.

Crew-2 marks Kimbrough’s and Hoshide’s third space mission, and Pesquet’s second. All together, the four of them have logged more than 500 days in space. 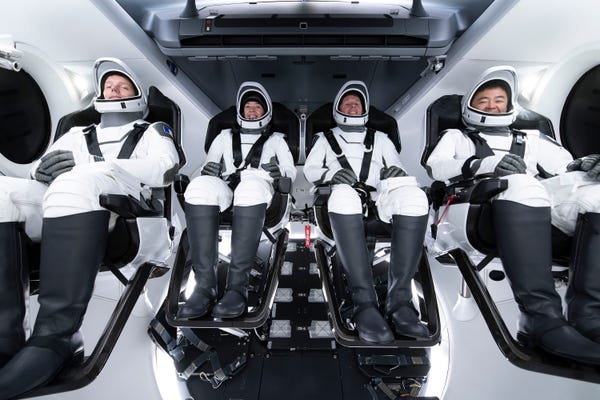 The four-person crew spent almost a year training for the mission: a shorter training timeline than previous crewed SpaceX missions.

“It’s a little less than a year of training, where the crews in front of us had several years of training,” Kimbrough said during an April 17 press conference.

The crew spent time relaxing together on a beach near the Kennedy Space Center on Thursday.

At 1:30 a.m. ET Friday, the astronauts suited up in their SpaceX spacesuits. Then they said goodbye to their families, drove to the launchpad, ascended the launch tower, and climbed aboard the spaceship. After more than four hours of pre-flight checks and preparation, they took off.

Traveling on a recycled spaceship 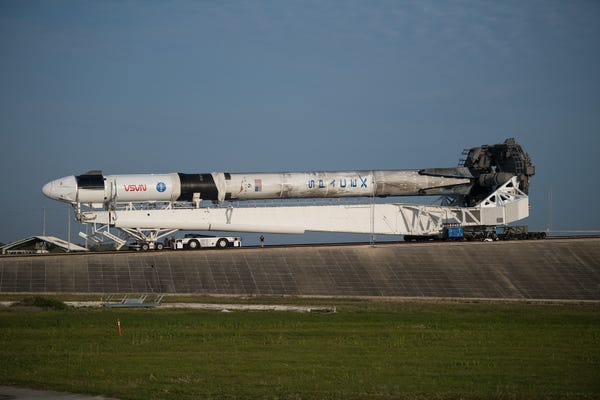 This was the first SpaceX mission to launch astronauts on a reused spaceship.

Crew Dragon became the first — and, so far, the only — commercial vehicle to carry humans into space last May, when NASA astronauts Doug Hurley and Bob Behnken took it on a two-month test flight to the ISS. That mission, called Demo-2, was the first time a US spacecraft had launched people from US soil since the Space Shuttle program ended in 2011.

Despite being used again, both Crew Dragon and Falcon 9 performed beautifully.

“The ride up was fantastic,” Pesquet said during the live tour of the ship. 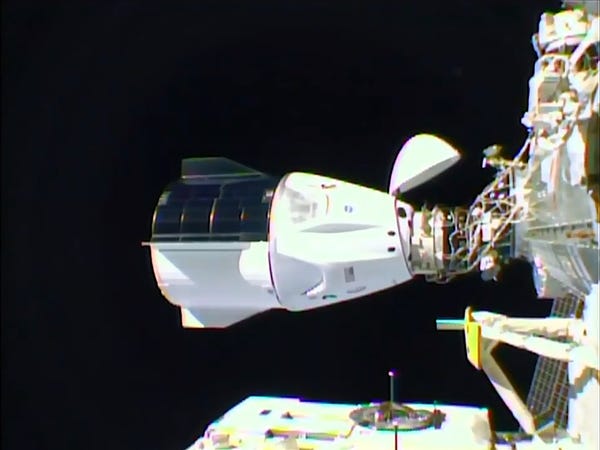 “As you can see it’s pretty roomy,” he said, adding: “The inside is very comfy and we feel very well protected.”

SpaceX and NASA expect the Crew Dragon to rendezvous with the ISS around 5:10 a.m. ET on Saturday, joining seven other astronauts already up there.

NASA has contracted four more SpaceX flights like this one. Crew Dragon is poised to carry the first civilian spaceflight in history, called Inspiration-4, in September.