Home » Science » Squirrel Acrobats Are as Smart as They Are Athletic

Olympic gymnasts stun the world with their performances on the uneven bars. Fortunately they don’t have to compete with squirrels.

Suppose instead of the uneven bars, human gymnasts had to fly through the canopies of trees, leaping gaps of varying distances, from branches of varying thicknesses, some stiff, some springy. And every landing would be different, on everything from trunks to twigs.

Oh, and then there are the hawks to watch out for.

What makes squirrels so good? 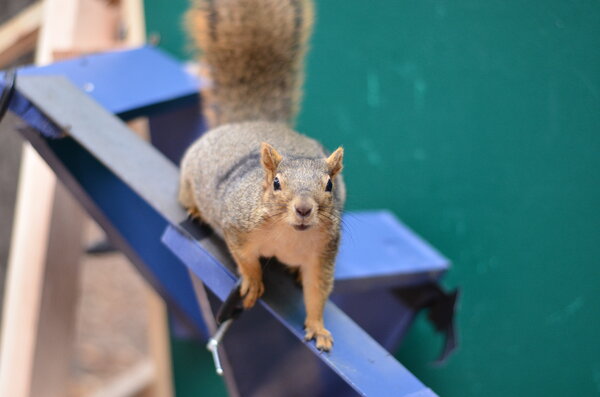 Cognitive scientists and biomechanics experts at the University of California, Berkeley, set out to test both the agility and decision making of wild fox squirrels in a eucalyptus grove at the edge of the campus. These are a different species from the common Eastern gray squirrel, but both are experts at navigating treetops.

Not only did the researchers record the squirrels’ leaping and landing, they were able to analyze the decisions the animals made about how and where to jump. In one part of the experiment, the animals invented parkour-like moves mid-leap to bounce against a vertical wall and adjust their speed and distance, confounding the original purpose of the test.

Lucia F. Jacobs, a cognitive psychologist who has studied squirrels extensively, and was one of the authors of a report on the work in the journal Science, said, “In some ways as a squirrel biologist, none of this is very surprising. If we were going to have a squirrel Olympics, this would not even be the qualifying meet.”

But the meeting of cognitive and biomechanical minds to do a joint investigation was unusual.

Nathaniel H. Hunt, the lead author of the paper, initiated the project when he was a graduate student, and ran the actual squirrel events with Judy Jinn, a student in Dr. Jacobs’ lab and a co-author.

Dr. Hunt, now at the University of Nebraska, Omaha, said a lot of previous biomechanics studies focused purely on animal structure and movement, but this group wanted to understand decision making, learning and creativity in the context of physical challenges.

He said that squirrels were a good choice because in addition to their athleticism, “they also have a great capability to make decisions and solve puzzles and learn.”

Dr. Robert J. Full, an expert in biomechanics and another author, said the first question was how the squirrel weighed the variables of distance and the flexibility of a branch in setting up a jump. Going out to the end of a branch, where a twig is very bendy, might offer a very short leap to the next branch. But bendy branches don’t provide a solid jumping off platform, so you can’t count on using your muscles efficiently.

The squirrels (all wild, all free to come and go), were trained to jump along perches to get a reward of peanuts. The team made different perches, or artificial branches, that looked the same on the outside but had different springiness along the length of the branch and between branches.

The researchers discovered that the stiffness of the launching branch was what the squirrels considered most important. “They care more about a stable takeoff position, about six times more, than how far they have to jump,” Dr. Full said.

The squirrels also learned quickly when a stiff branch was replaced by a look-alike springy branch. And they never fell during the trials, largely because they made acrobatic landings: swinging under, swinging over, hanging by their front limbs. All maneuvers familiar to anyone who has ever tried to set up squirrel-proof bird feeders.

The researchers also changed the length of the jumps and the height of the launches to see if practice and learning would increase the general competence of some squirrels. But the squirrels just changed the way they jumped. “They decide to parkour off the wall and land on the perch,” Dr. Full said. They adjusted their leap at a midpoint, increasing or decreasing their speed. 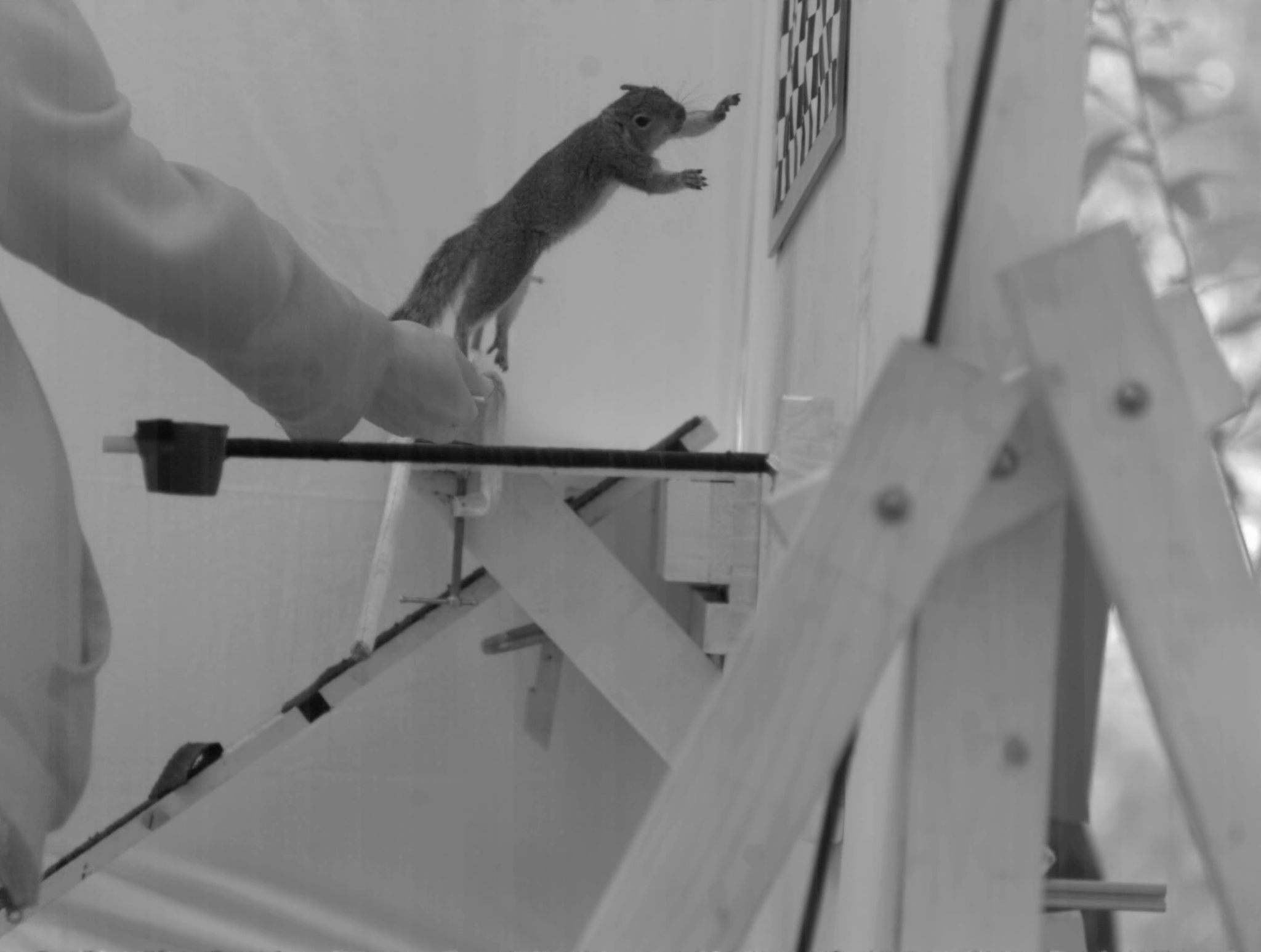 The subjects of the experiment were definitely unimpressed with the new challenge, Dr. Full said. “They kind of look at us like, ‘We’re squirrels…’”

David Hu, who studies animal movements at Georgia Tech, said he found the inventiveness of the parkour move interesting. “There should be more work like this — looking into animal creativity in dealing with tasks that are impossible to do without innovation.”

He also loved the way the squirrels coped with mistakes. They are not at all perfect, and often overshoot or undershoot their target. But they have the ability to land anyway.

“Squirrels are used to making mistakes (the leaps are split-second decisions after all),” he said in an email, “but they succeed because they are experts at correcting themselves on the landing.”

“I think there is a moral in there for us all,” Dr. Hu added. “Don’t worry so much about a wrong leap, as long as you can recover like a squirrel, you’ll be fine.”