Home » Science » The Glow of Vegas Lures Insects, Too

Back in the summer of 2019, when joking about omens of the apocalypse still seemed fresh and fun, an endless swarm of grasshoppers descended on the Las Vegas Strip.

These insects were not biters or crop killers. But for weeks, every evening after sunset, their flapping wings filled the Sky Beam shining up from the pyramid of the Luxor casino, and their dead exoskeletons littered the sidewalks. The news media speculated that the outbreak could be attributed to a wet winter that allowed more eggs to hatch, and to the city’s artificial lights, which lured in grasshoppers like moths to flame.

A new analysis substantiates the link to the city’s lights — with worrying implications for the grasshoppers. Elske Tielens, an insect ecologist at the University of Oklahoma, found that on July 26, 2019, the peak night of the invasion, some 46 million grasshoppers took wing and then clustered over the brightest parts of the city.

“It’s really hard to wrap your mind around that volume,” she said. “We’re getting more grasshoppers in the air on a single day than you get humans coming to Vegas to gamble across an entire year.”

Visitors, of course, already knew Las Vegas cranked up its wattage at night. But some of that glow escapes straight up into space, where satellites measure it as the brightest city on the planet by a wide margin. The rest of that light, overflowing up into the atmosphere, forms a glowing dome that the U.S. National Park Service recently measured from 200 miles away, at the Great Basin National Park in Nevada.

Insect ecologists, for their part, have spent years studying how individual lamps and nighttime traps can be a silent siren call for insects, tempting them to their deaths. But Dr. Tielens and her colleagues, inspired by coverage of the 2019 Vegas grasshopper invasion, saw an opportunity to hunt for a wider pattern. They found that the roving clouds of grasshoppers had also been visible in weather radar data. Then they overlaid those radar movement patterns with separate maps of the city’s vegetation and its nighttime lighting. 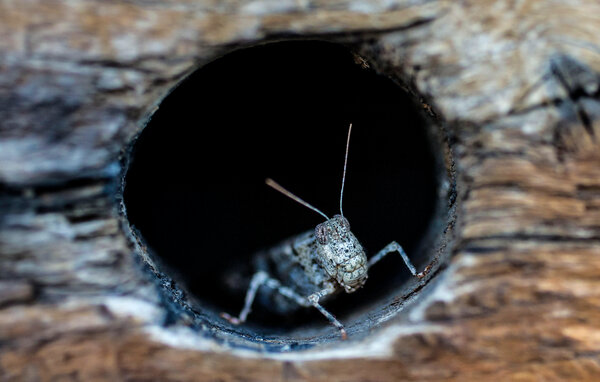 Their study, published today in Biology Letters, suggested a daily commute. Before dusk, the grasshoppers began spread out over a wide area, gathered near vegetation. But as daylight faded they took to the skies. Then they clustered up to dozens of miles away, traveling not just toward individual bright points, as previous research has documented, but toward the glowiest regions of the Vegas sky. 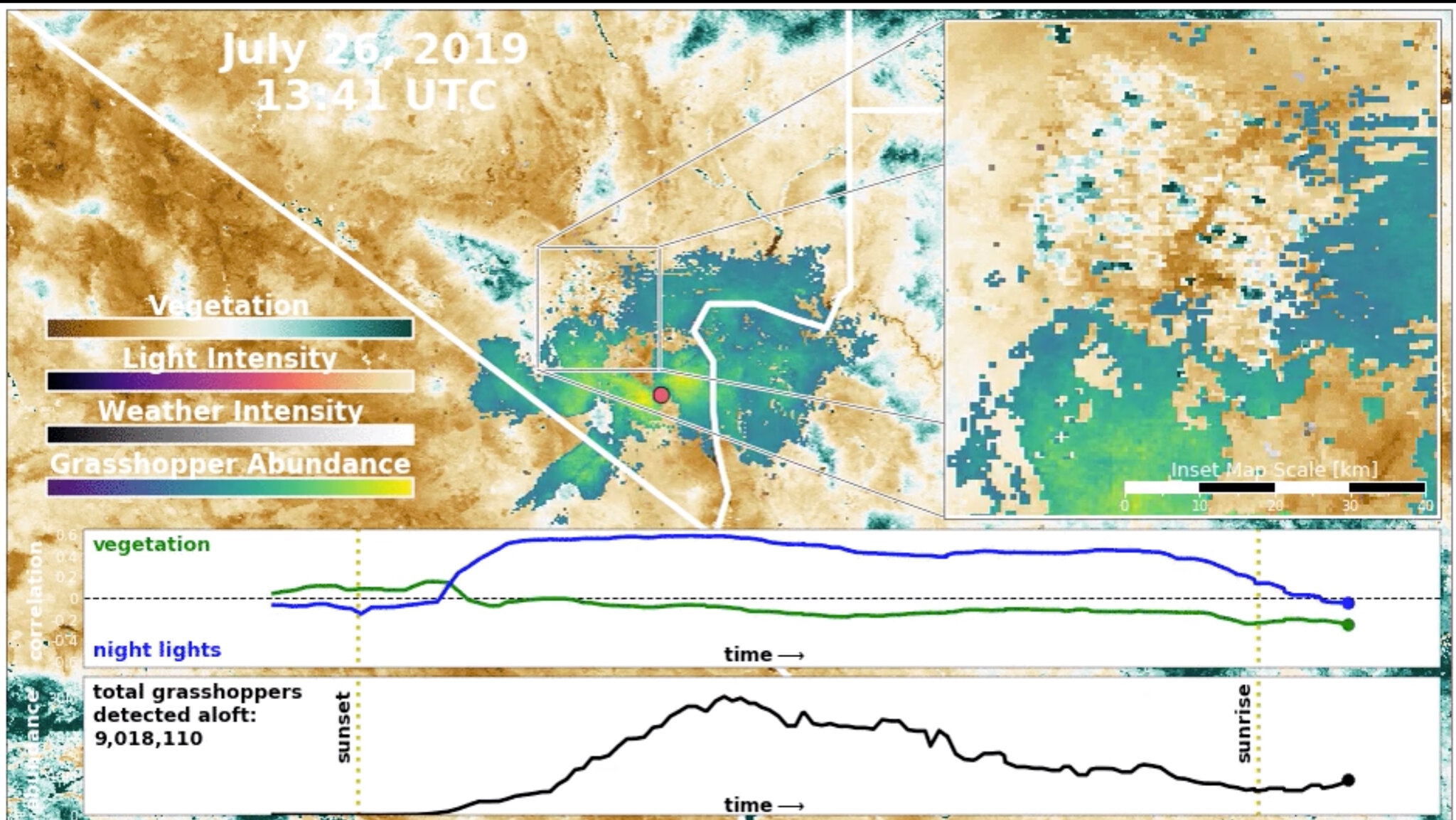 “This is a really exciting paper,” said Brett Seymoure, an ecologist at Washington University in St. Louis who didn’t participate in the research. “We really don’t have evidence until right now, with this paper, that the light dome is guiding insects.”

Insect ecologists were already worried that different insect populations were declining around the world, perhaps because of pesticide use, habitat loss, pollution, climate change and artificial light at night. Dr. Tielens’s study, she says, does not estimate how many grasshoppers died, or how the nightly trip into the heart of Vegas might influence the next generation of grasshoppers. But it does show that artificial lighting can influence insects on a regional scale, and that on July 26, 2019, the city’s shimmer summoned 30 metric tons of crunchy, airborne biomass that might otherwise have been spread out across a much larger ecosystem.

“It’s scary from an ecological perspective,” Dr. Seymoure said. “It’s also probably pretty terrifying for a lot of people in Las Vegas, to have all of these grasshoppers swarming around. Although I think that would be pretty cool to see.”