Home » The Moon Has a Comet-Like Tail. Every Month It Shoots a Beam Around Earth.

The moon, lacking an atmosphere to shield it, is constantly under attack. When meteorites bombard its volcanic surface, sodium atoms fly high into orbit. The sun’s photons collide with the sodium atoms, effectively pushing them away from the sun and creating a taillike structure flowing downstream from the moon.

“It makes the moon sort of look like a comet,” said Jeffrey Baumgardner, a senior research scientist at Boston University’s Center for Space Physics. “It has a stream of stuff coming off it.”

For a few days each month, when the new moon moves between Earth and the sun, this comet-like tail dusts the side of our world that is facing the sun. Our planet’s gravity pinches that sodium stream, narrowing it into a beam, invisible to the naked eye, that wraps around Earth’s atmosphere and shoots out into space from the opposite side of the planet. 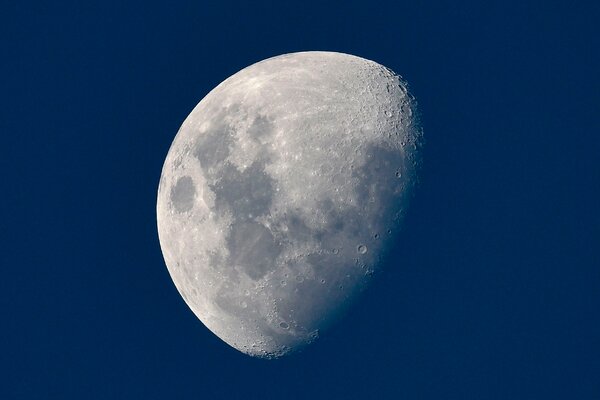 This moonbeam can be seen by special cameras as a spot in twilight skies. Sometimes it appears brighter, sometimes dimmer. Ever since the tail and its beam were first seen back in the late 1990s, scientists have been wondering what controls the beam’s brightness. As reported Wednesday in a study published in the Journal of Geophysical Research: Planets, 14 years of observations suggests meteors — particularly larger, faster ones that bombard the moon at random — may explain what controls its flicker.

“Does this have a practical application? Probably not,” Mr. Baumgardner, the study’s lead author, said. This research was driven by nothing more than curiosity, he said, a desire to simply learn more about that beautiful volcanic pearl in the sky and its mystifying moonbeam.

“I think it’s very cool,” said Sarah Luettgen, an undergraduate at Boston University and a co-author of the study. “It almost seems like a magical thing.”

Boston University has placed several all-sky-imaging cameras — essentially fish-eye lenses that see the entire visible sky — around the world. Originally designed to spot auroras, they can see sodium in Earth’s atmosphere with a filter. They commonly observe it when meteors burn up before reaching our planet’s surface.

In November 1998, during the peak of the annual Leonid meteor shower, a team working with one such camera at the McDonald Observatory in Fort Davis, Texas, hoped to see those sodium flares. They were puzzled when, just after the peak, a spot of sodium persisted in the sky for three nights. This spot, appearing on the side of the world facing away from the sun, brightened as the new moon approached, then quickly faded.

After additional work, including models that simulated where the sodium spot could be coming from, the team concluded that it must be the result of a comet-like tail of sodium stretching out at least 500,000 miles from the moon.

The tail may be sprinkling the world with sodium, but it is extremely diffuse, so there’s no chance any moon dust dandruff will gather on our heads, said Luke Moore, a senior research scientist at Boston University and a co-author of the study.

The November 1998 moon spot appeared particularly bright after the peak of the Leonid meteor shower. It was also seen during other new moons without concurrent meteor showers, but it was fainter. The scientists therefore suspected that these meteor shower impacts were chipping off enough sodium to fuel a particularly luminous spot.

But the all-sky-imager camera situated in the El Leoncito Observatory in Argentina, which took 21,000 images of the moon from 2006 to 2019, tells a slightly different story.

Annual meteor showers — like the Leonids, one of the most intense — can coincide with a brighter moon spot. But this isn’t always the case, perhaps because their impacts are not always energetic enough to jettison lunar sodium far away enough from the moon so that it can contribute to the comet-like tail and its moon spot.

Impacts by sporadic meteors, those that don’t appear in regular showers, have a stronger correlation with the moon spot’s brightness. This is possibly because they can be more massive, speedier and can collide with the moon head-on, meaning they are capable of expelling more sodium into a higher orbit.

If a suitably sizable asteroid slammed into the moon with enough momentum, it might be able to expunge enough sodium to produce a moonbeam anyone could see with the naked eye, said James O’Donoghue, a planetary scientist at the Japan Aerospace Exploration Agency who wasn’t involved with the research. And if you could observe it, “it would be a fuzzy patch of light about the size of the belt stars of Orion,” Mr. Baumgardner said.

But even invisible, knowing that Earth has a meteor-fueled moonbeam is satisfying enough — a reminder of the moon’s dynamism.

“I think we definitely take it for granted,” Dr. O’Donoghue said.