Home » Science » The verdict is in: People who've had COVID-19 need just one shot, researchers say

In the race to get coronavirus vaccines into arms as quickly as possible, scientists think they’ve found a way to accelerate the process: Give the people who’ve already had COVID-19 just one dose.

Most vaccine-eligible Americans are getting either Pfizer or Moderna’s vaccine, both of which require two doses administered several weeks apart. But a growing chorus of researchers now agrees that a single dose of either vaccine will generate a sufficient immune response among people who’ve already had the coronavirus. Giving them the second dose, research suggests, is essentially a waste of a good shot.

“For those who’ve been infected and recovered, which is tens of millions of people, they’ll only need one shot, which will make the vaccine go even further,” Dr. James Hildreth, president of Meharry Medical College, told Insider.

Hildreth served on the Food and Drug Administration advisory committee that recommended all three authorized coronavirus vaccines in the US. The third, from Johnson & Johnson, is a one-shot vaccine, so people who’ve had COVID-19 would get a single dose of that no matter what.

Given that more than 29 million Americans have had COVID-19, that could be up to 15 million Pfizer or Moderna shots that could go to other people.

Once a person has had COVID-19, their immune system should recognize the virus if it invades again. So when a vaccine spurs the body to start producing antibodies again, it’s logical that the immune system would mount a stronger and quicker defense.

In a letter in the New England Journal of Medicine on Wednesday, 32 researchers from the Icahn School of Medicine at Mount Sinai wrote that a single-dose strategy for people who’ve already had the virus “requires investigation.”

The team found in a small study that people who’d previously had COVID-19 developed 10 to 45 times as many antibodies after their first dose of Pfizer or Moderna’s vaccine as the average uninfected person did. The research is still awaiting peer review.

“The first dose ends up serving as the booster,” Dr. Jeremy Faust, an emergency medicine physician at Brigham and Women’s hospital, told Insider. “If you’ve been infected, it’s very likely that one dose would be pretty damn good for quite a while.”

There are a few caveats, though: People may need to confirm that they still have antibodies if they were sick a while ago, since antibody levels wane over time. An antibody test would also be required for those who suspect they had COVID-19 but never tested positive. If that antibody test comes back positive, the second shot is likely redundant.

“What is the point?” Akiko Iwasaki, an immunobiologist at Yale University, told Insider. “It’s kind of a wasted shot.” 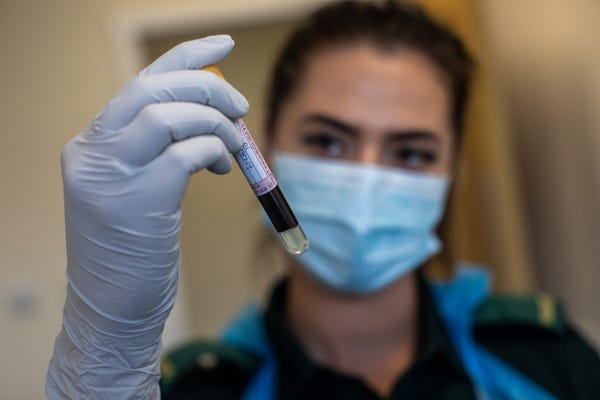 By then, the Mount Sinai research was out, and another preliminary study had also discovered high antibody levels among healthcare workers who’d had COVID-19 before receiving their first shot.

Dr. Mohammad Sajadi, a co-author of that study, told Insider that COVID-19 patients typically develop antibodies about two to three weeks after their initial infection. But the healthcare workers showed high antibody levels a week after their first shot.

“What that shows you is that individuals who had a prior COVID infection have what we call a recall response or a memory response,” Sajadi said. “For most infections, the second time you see that microorganism, you should get a faster response.”

Yet most countries, including the US, don’t yet recommend a single-dose regimen for people who’ve had COVID-19.

“This is where the policy lags science,” Iwasaki said.

Anthony Fauci, director of the National Institute of Allergy and Infectious Diseases, told NBC News in February that the idea is worth considering.

“The data looked really quite impressive — that if you’ve been infected and then you get a single dose, the boost that you get with that single dose is really enormous,” Fauci said. “That is one thing that you might want to consider, but we really want to look carefully at the data first.” 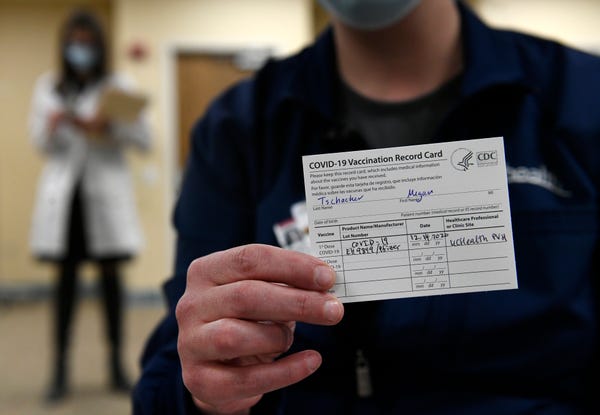 Since scientists haven’t had much time to follow up with vaccine recipients, there’s no consensus yet about how long vaccine-induced immunity lasts. This uncertainty is one reason experts are hesitant to advocate for anything other than the standard two-dose regimens of the Pfizer and Moderna vaccines.

Delaying or skipping the second dose places a lot of pressure on the first dose to provide solid, long-term immune protection, Princeton University researchers wrote on Tuesday. They expressed concern that switching up the dosing regimen could lead to a “broad range” of outcomes among vaccinated people.

But Iwasaki said people who’ve had COVID-19 could probably wait months before getting their second shot — if they need one at all.

“There just isn’t any need to do it so early,” she said.

Scientists are also optimistic that even though antibody levels are known to wane over time, T cells will confer long-term protection for those who’ve had COVID-19. Like antibodies, T cells have impressive powers of recollection that can help the immune system recognize and re-attack the coronavirus.

A recent study found that people who previously had COVID-19 mounted a stronger T-cell response to one shot of Pfizer’s vaccine than people who’d never gotten infected did.