Home » Science » The world has lost 20.5 million years of life because of premature COVID-19 deaths, a new study found

Globally, the average person is expected to live until age 73. But the pandemic has cut more than 1 million lives short, according to a new study.

The researchers compared the ages of people when they died of COVID-19 to their average life expectancy. When a person died prematurely, the discrepancy between the two was considered years of life lost to the pandemic.

The findings, published Thursday in the journal Scientific Reports, show that more than 20.5 million years of life in total may have been lost globally due to COVID-19. On average, each person who died of the coronavirus lost 16 years of life.

Nearly 45% of those lost years were among people ages 55 to 75. People older than 75 represented 25% of the years lost, though that group saw the majority of deaths. Those younger than 55 represented around 30% of years lost.

The data, the researchers wrote, should prompt “heightened awareness” that public-health policies during the pandemic should protect young people, too. The researchers also suggested that countries should pay more attention to lowering the death toll among men, who are dying of COVID-19 at higher rates than women. 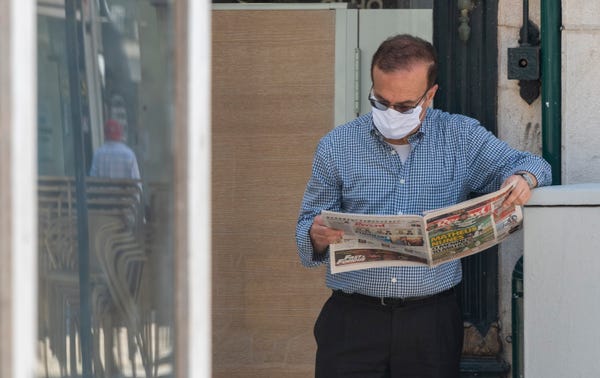 The researchers behind the new study — who hail from Finland, Germany, Spain, the UK, and the US — looked at data for more than 1.3 million people who died of COVID-19 across 81 countries through January 6. Only about 274,000 people in that cohort reached their full life expectancy before dying of the disease.

Men were harder hit than women: The study found that men have lost 44% more years of life than women due to premature COVID-19 deaths. On average, men in the study lived to age 71, compared to 76 for women.

Scientists still aren’t sure why. Some research suggests that women develop a stronger T-cell response to the coronavirus, which helps their immune systems identify and destroy the pathogen. But in certain countries, men also smoke cigarettes more than women do, and have higher rates of preexisting health conditions, which could make them vulnerable to more severe outcomes.

But the ratio of life lost among men versus women wasn’t the same for every country. Men in low-income countries like Cuba, Dominican Republic, and Peru lost far more years than women, whereas high-income countries like Finland and Canada saw relatively similar numbers between the genders. 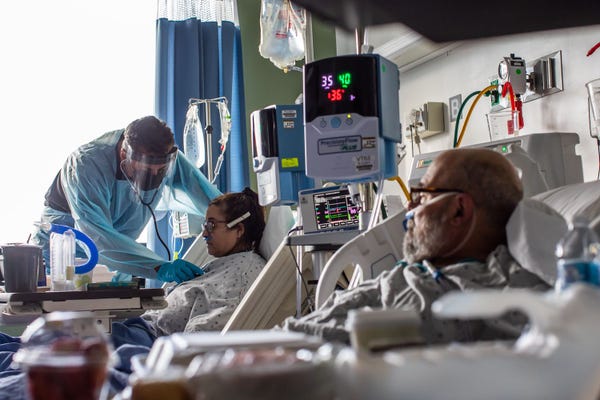 This could simply be because high-income countries often have more robust treatment resources, but it’s also possible that female deaths are less likely to be registered or attributed directly to COVID-19 in low-income countries. In some places, women lack access to transportation to get to a hospital or can’t leave their families to receive medical care.

In general, more lives were also lost among younger groups in low- and middle-income countries.

Previous studies have attributed this pattern to a greater level of residential crowding in low-income cities, or to a higher incidence of preexisting conditions among non-elderly populations in developing countries. Another factor could be that young people in these countries are more often forced to work jobs with a high risk of coronavirus exposure. 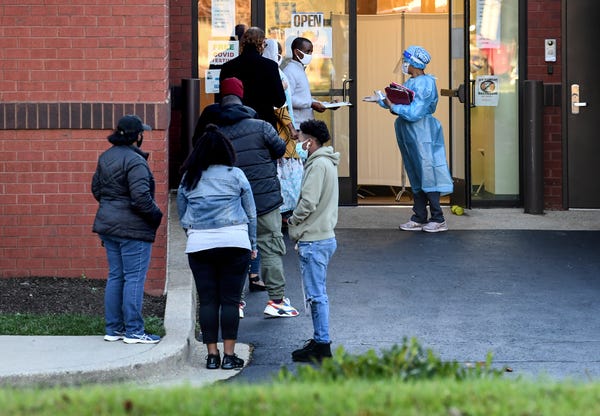 It’s now well-understood that the coronavirus is far deadlier than the flu: It has killed more than 2.4 million people worldwide in 13 months. Respiratory diseases caused by seasonal influenza, meanwhile, typically kill between 290,000 and 650,000 people per year.

But the new study also determined that the coronavirus has shaved an outsized number of years off the global lifespan.

In highly developed countries that have been heavily impacted by the pandemic, the research showed, the number of years of life lost due to COVID-19 may be two to nine times higher than due to seasonal flu.

Of course, coronavirus transmission continues around the world, and some countries haven’t finished collecting data on COVID-19 deaths from the end of 2020. So the total number of years lost due COVID-19, the study authors wrote, could “increase substantially in the next few months.”