The volcano, located southwest of Iceland’s capital city Reykjavík, had been dormant for 6,000 years, before erupting on March 19. The eruption is the first one in the Reykjanes Peninsula for 781 years and happened after geologists detected more than 50,000 recent earthquakes. The volcano sent plumes of ash soaring 300ft into the air, as rivers of molten lava poured down the mountain from the crater.

Ms Jakobsdóttir had previously tweeted: “A volcanic eruption has begun in Fagradalsfjall on the Reykjanes peninsula.

“We are monitoring the situation closely and as of now it is not considered a threat to surrounding towns. 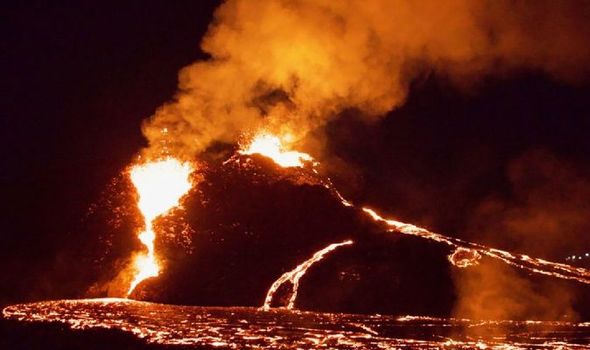 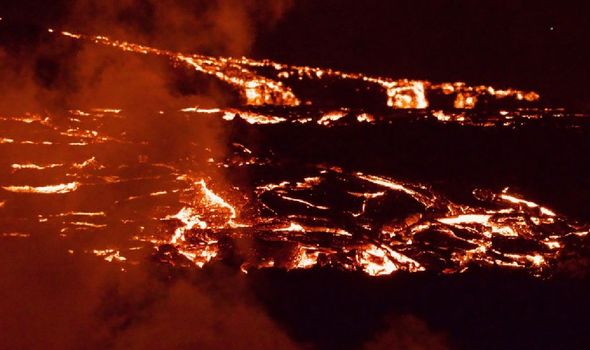 “We ask people to keep away from the immediate area and stay safe.”

One man described the eruption as “breath-taking”, as he marvelled at the sight. 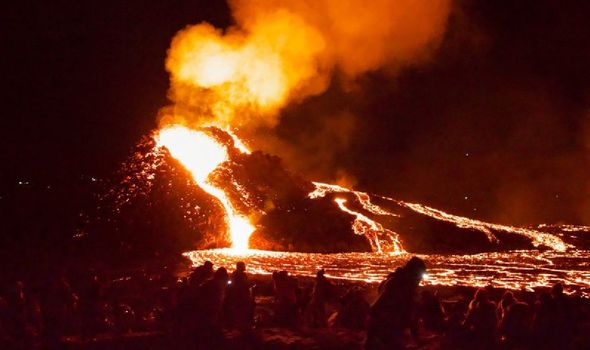 “For me what was surprising was the colours of the orange: much, much deeper than what one would expect.”

Scientists could be seen cooking their sausages on the lava, as they studied the unique scientific event.

Iceland is no stranger to spectacular volcanic eruptions. 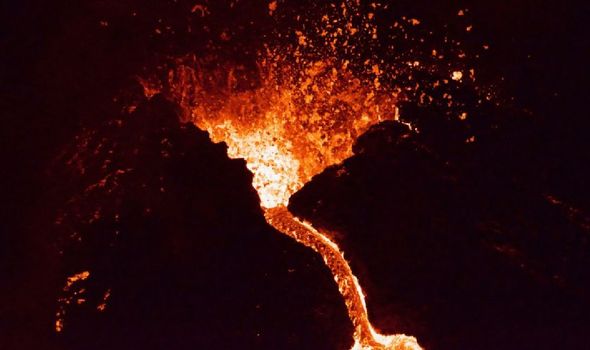 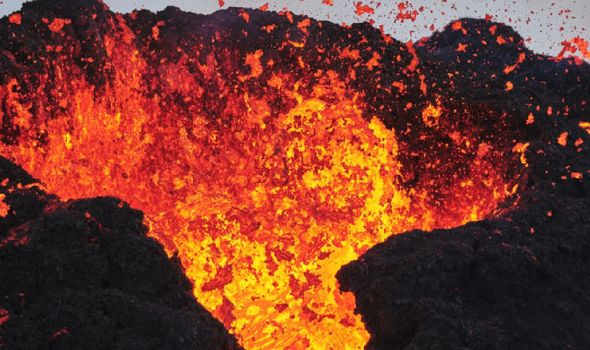 In 2010, the explosive eruption of Eyjafjallajökull captured the attention of the world.

Volcanic ash from the eruption caused havoc to air travel across western and Northern Europe throughout the spring and early summer.