Amateur video footage reportedly shot on Sunday, January 31, has emerged online which appears to show a trio of strange white objects seemingly flying in formation. The anomalies are easily visible against a brilliant blue sky due to each of their clearly-defined contrails. The bizarre sight was captured in three independently-captured clips, which all show the incredible object in the sky.

Once posted on social media, the initially Unidentified Flying Objects (UFOs) generated outrageous explanations, including claims they were alien in origin.

We were struggling to figure out what they were – Air Force 1 with escort? Incoming missiles? Meteorites?

Eyewitness Nick Morgan tweeted: “Anybody else see these three contrails over Denver yesterday?

“We were struggling to figure out what they were – Air Force 1 with escort? Incoming missiles? Meteorites?”

UFO hoax buster Scott Brando of ufoofinterest.org believes there is terrestrial explanation for the strange sighting.

He told Express.co.uk: “Those objects are just contrails from three military aircrafts, two of them identified by Mick West of Metabunk as C-17A Globemasters.” 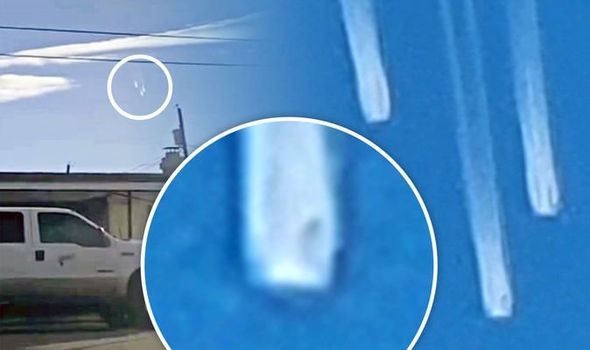 Using the Radarbox online tool, the fact checker added: “[Flights] COHO71 and COHO71 show up on FlightAware, TCM to CHS.

“And presumably there was a third plane with no ADS-B accompanying them – not entirely uncommon with military planes.

“The small kink in the path is magnified by perspective compression.”

Footage from one of the vide clips records one eyewitness saying: “I was having my morning coffee, I generally look out my window while I’m doing that. 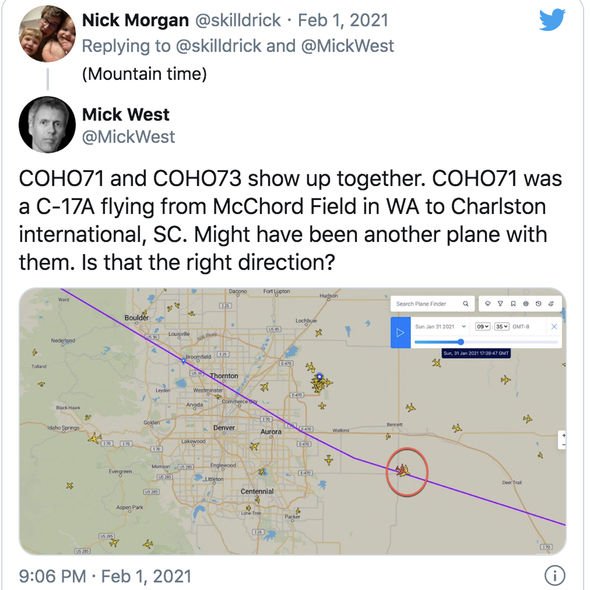 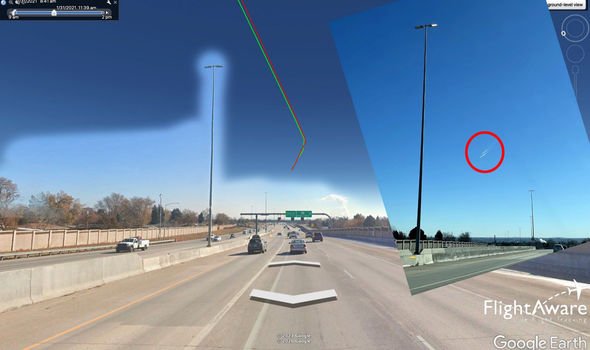 “I looked up and I asked my friend if they could see that weird smoke trails. The trails were long at first and you could see that there was a Direction Change in the upper atmosphere.

“As it got lower to the ground, I would say within 1,500 feet, they slowly started changing directions and started heading East toward Buckley Air Force Base.”

Self-proclaimed alien spacecraft expert Scott Waring was among the minority to suggest the flyby was instead a trio of UFOs.

He wrote on his ufosightingsdaily blog: “UFO reports just came in, both coming from Denver today.

“The objects appear to be disks. When I made a close up screenshot of the falling objects, they all look like round disks.

“Now NASA has not reported any space debris falling over Denver, nor have they reported anything falling from space this week.

“If two different reports came in about this, since each report represents about 500 people eyewitnesses.

“That means at least 1,000 people saw this maybe much more. Not everyone records what they see during a sighting. 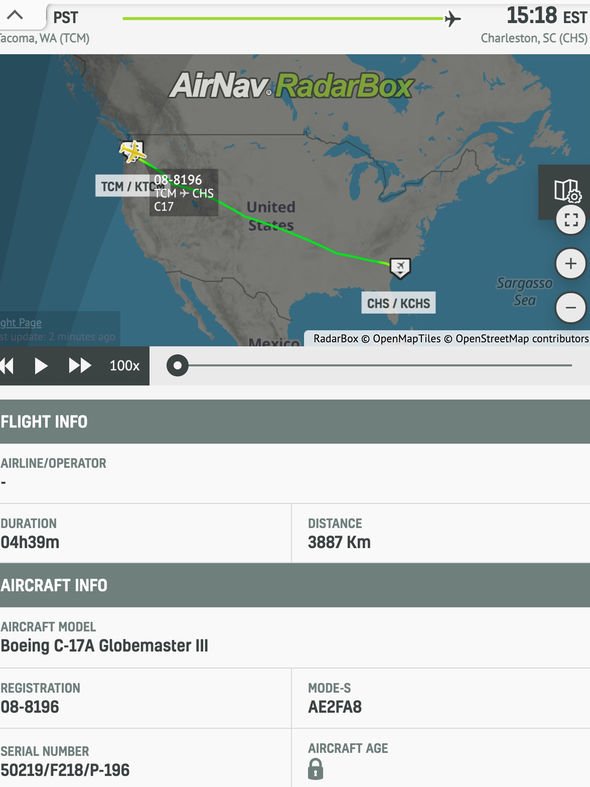 “Its actually a very few, and even fewer will report them to UFO sites, often instead posting them to Twitter, Facebook and other social sites where they get lost and eventually forgotten.

“Absolute proof that there are aliens in the Denver mountain regions, 100 percent proof that a alien base sits below this mountain range in that area. But I have been saying that info for a decade.”

Mr Waring’s unsubstantiated claims swiftly attracted scores of comments on his YouTube page, with many of them also claims to have spotted the trio over Colorado.

YouTube user MJA wrote: “They remind me of contrails, but that would be a three-ship formation, in loose trail (kind of random) travelling together.

“Whether they are aircraft, and if they are they would almost certainly be military or experimental, or they are something else entirely.”

Spectronix1 speculated: “We’ve now seen a number of these short contrail sightings lately (on other ufo channels, for example).

“So something is going on. Could be high flying military formation of new type of craft that leave short contrails. Perhaps its the US Space Force.