How does YOUR city compare? Experts reveal the UK’s worst areas for broadband outages – with Edinburgh topping the list, where users experienced 175 hours of downtime last year

Edinburgh has been named ‘the UK’s outage capital’ after its residents suffered 175 hours of downtime on average in the past year.

The Scottish capital, which lost nine million hours of broadband combined over the last year, takes the title – which is awarded annually by price comparison site Uswitch – from Bristol.

Uswitch’s new survey of 4,000 people found that across the UK, the average home was left offline for more than two days over the course of a year, with 16 million working days lost to outages and a hit of almost £5 billion to the UK economy.

Meanwhile, the number of people in the UK hit by internet disruption was three times higher than the previous 12 months, likely due to the pandemic. 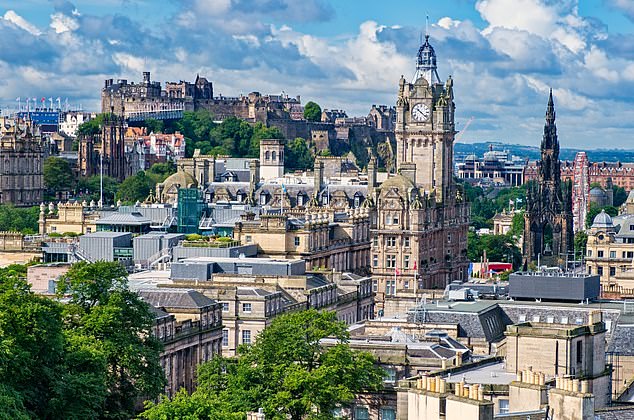 But Edinburgh has registered even more offline hours over the last year compared with Bristol’s total revealed a year ago – 175 versus 169.

However, Bristol is in second place for the 2020-2021 ‘season’, with 109 hours spent offline per resident on average, followed by Leeds, Sheffield and Brighton.

Out of 16 UK cities, Belfast residents reported the shortest amount of downtime for 2020-2021, with only 11 hours of outages reported over the course of the year.

The impact of service outages was likely to have been felt far more strongly over the previous 12 months as millions of people worked from home during the pandemic, according to Uswitch.

But consumers shouldn’t hesitate to contact their provider if they believe they’ve experienced an outage.

‘Outages have affected the country like never before over the past 12 months, with three times as many people complaining of a lost connection than in the previous year,’ said Ernest Doku, Uswitch.com broadband expert.

‘If your connection goes down for more than two days you could be entitled to compensation of just over £8 a day.

‘Most of the UK’s big broadband providers are signed up to Ofcom’s auto-compensation scheme, so you should be covered.

‘These rules were relaxed during the pandemic as providers focused on keeping the country running, but from July the scheme will be up and running again.

‘If you’re experiencing repeated issues or you’re not happy with your suppliers’ response, do a comparison online and see what alternatives are available in your area.’ 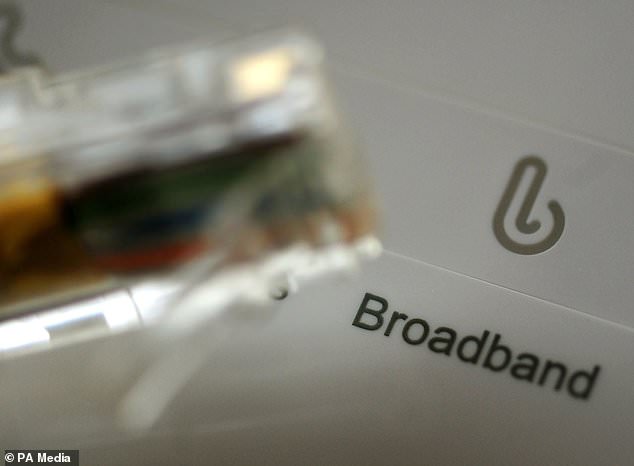 According to the Uswitch survey, only one in four customers who experienced an outage complained to their provider about the issue.

And 36 per cent of people beset by broadband issues turned to their mobile data to stay online, but 63 per cent said they went through their entire monthly data allowance as a result.

Uswitch has encouraged people to make a contingency plan, such as tethering to a mobile, should a broadband outage occur.

Although internet users often think they are experiencing a network outage when it is simply a problem with their home broadband kit, including their router.

‘The first thing to do if you think you’re suffering an outage is to check whether it’s a problem with your router, which can often be fixed with a simple reset,’ said Doku.

‘If it’s clear that the issues are beyond your control, contact your provider and they will be able to inform you of any problems in your area and, hopefully, an estimated time for a resolution.’

USWITCH ON HOW TO SPEED UP HOME BROADBAND

Run a quick speed test to work out what broadband speed you’re getting and help you decide if you need to ration your bandwidth.

If you only have access to download speeds of around 10Mbps, you’re going to have to be much more strict with your internet usage while working from home than if you had 67Mbps, for example.

Check to make sure you’re not running unnecessary programs on your computer that could be slowing it down or placing excess demand on your broadband.

3. Make sure your Wi-Fi router is set up properly

Ensure the Wi-Fi router is plugged into the master socket and not an extension, and that it’s in an upright position in the best possible location.

The best place for the router is in the middle of your home and unobstructed by walls or furniture. Don’t put it in a cupboard, on the ground or anywhere it can be blocked by furniture.

Check that it is set up properly, with all the wires connected securely and a microfilter connected if you need one.

Powerline adapters use the electricity power lines to boost your Wi-Fi signal around your home, which is especially useful if you have Wi-Fi dead spots.

5. Limit the number of devices connected to Wi-Fi (if you can)

If you need to make video calls or upload large files, try to do so when kids in the same household are offline.

If your kids, housemates or partners love online gaming, ask if they are happy to limit that to outside office hours for the time being.

Most streaming platforms are set to automatically stream at the highest quality available, but it’s fairly straightforward to change playback settings and save bandwidth.

If you’re struggling with a poor Wi-Fi connection, you might want to try changing your wireless channel settings.

If your Wi-Fi router is broadcasting on the same channel as your neighbours, it could slow your internet down.

Some of the more advanced routers – such as the Virgin Media Super Hub 3 and BT Smart Hub 2 – will automatically switch to less congested channels.

If you’re still struggling with your Wi-Fi then try connecting your device directly to your router with an Ethernet cable, which most customers receive when they first ordered their broadband service.

If you have a decent 4G signal in your home it’s a simple matter to turn your smartphone into a Wi-Fi hotspot.

This is known as tethering, and while it’s not an ideal long-term solution nor necessarily available to everyone, it could help to have another way to access the internet just in case.