Adrienne Lenhoff started to panic at the airport last week. She was flying from Detroit to Florida to celebrate her grandfather’s 100th birthday, almost a month after her second Moderna shot. But Lenhoff didn’t expect travelers to crowd so close in line — or that middle seats would no longer be kept empty.

“I almost got off the plane,” she told Insider.

It didn’t matter that the airline, Delta, was still requiring masks. Lenhoff would have worn one anyway. In fact, she wore two  — and even that didn’t feel like enough.

“Had I known that I was stepping onto a full flight, I probably would have had a face shield on also,” Lenhoff said. She did fly in the end, she added, but mostly “sat there in panic mode.”

Lenhoff is 53 years old and owns a public-relations firm. Like many Americans, she said, she was surprised when the Centers for Disease Control and Prevention announced last week that fully vaccinated people could ditch their masks at indoor and outdoor gatherings of any size — even with unvaccinated people present.

Lenhoff said she plans to keep wearing her mask in public settings indefinitely, especially around those who haven’t been vaccinated yet. She’s worried about how long her vaccine protection will last, and whether new variants will put vaccinated people like her in harm’s way again.

“As restrictions get thrown out the window, or completely relaxed, you don’t know if the person who’s sitting next to you has had their shot or not, where they’ve been, who they’ve been exposed to,” Lenhoff said. “So even somebody like me who has been vaccinated, there is no guarantee that I’m not going to get COVID.”

The current vaccines reduce the risk of getting COVID-19 by around 66% to 95%, depending on which you get. But many “ultra-maskers” — fully vaccinated people who want to keep wearing masks, even in settings where it’s not required — lost trust in the CDC’s recommendations after the agency told people not to wear masks at the start of the pandemic. So they’re not changing their ways now.

Some people who want to keep masking up are also concerned about endangering friends and family who aren’t vaccine-eligible. Others worry that a bare face sends the message that they don’t care about the people around them. Many of these ultra-maskers are considering making face coverings a permanent fixture in their lives, even after the pandemic is over.

“It will be a long time, if ever, before I won’t have a stash of masks in my laptop bag or in my purse,” Lenhoff said.

Many ‘ultra-maskers’ have a hard time trusting the CDC 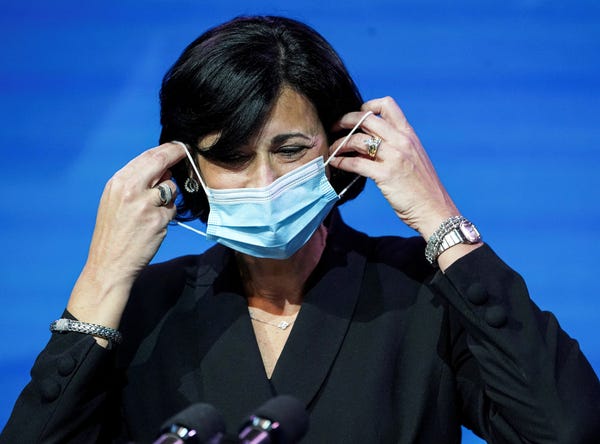 Njeri Rutledge, a 50-year-old professor at South Texas College of Law Houston, attended a wedding just days after the CDC announced the new mask guidelines. Rutledge is fully vaccinated, but she kept her mask on the whole time, except when eating.

“I was the only person who walked in with a mask,” she told Insider. “I felt very uncomfortable.”

She became even more frustrated, she said, when she saw maskless guests hugging and shaking hands.

“My husband kept trying to tell me, ‘Well the CDC says it’s OK,’ but the problem is, I don’t trust the CDC anymore,” Rutledge said. “This is the same CDC who said, ‘You don’t need masks, save them for the doctors.’ So they just don’t have a lot of credibility to me.”

Several other ultra-maskers also told Insider that the CDC’s initial flip-flopping on masks is the reason they aren’t heeding the agency’s advice now. A January study found that requiring masks for public-facing US employees starting March 14 (instead of the patchwork of state mandates several weeks — or, in some cases, months — later) could have saved the lives of 34,000 people.

“They put people in a position where we were scrambling, sewing together underwear to make masks because they were all gone,” Rutledge said.

Before considering going maskless in public, she said, she’s waiting until a larger share of the country is vaccinated — and her 11-year-old daughter can get a shot. As an African-American woman, Rutledge added, she’s had to be extra careful, since the pandemic has disproportionately impacted communities of color. Black people have a nearly three times higher risk of being hospitalized with COVID-19 than white people in the US.

“The CDC and the politicians created an environment where everyone is responsible for their own behavior, their own safety,” Rutledge said. “Well, if that’s the case, then I’m going to choose to be as careful as possible.”

Some Americans still see masks as a sign of respect 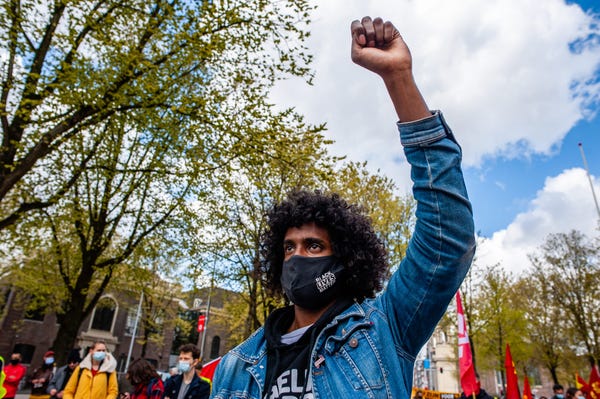 For Leah Spingarn, a 25-year-old law student at Northeastern University, masks aren’t just about safety — they’re a statement of solidarity.

“I’m a young, healthy person with no pre-existing health conditions. I don’t wear a mask because I’m worried I’m going to die,” Spingarn told Insider. “But I’m very happy to wear one every day that it means someone feels a little more respected.”

Spingarn and others like her see masks as a sign of respect for immunocompromised people who either can’t get vaccinated or for whom vaccines are less effective. Spingarn said that after watching her uncle suffer from ALS, she started to wonder why visitors at hospitals hadn’t covered their faces before the pandemic.

“Why aren’t we wearing masks when we know we’re around really, really sick people, and we know that there’s a chance this could just make it better for someone else?” she said.

Several ultra-maskers also cited the advantages of masks for people who often find themselves victims of harassment — including those who are nonbinary, transgender, and gender-nonconforming, or people with facial differences such as paralysis or a cleft lip. Mask mandates helped many of these individuals remain anonymous in society for the first time.

Andrea Chin, a 32-year-old researcher in Seattle, said she feels safer behind a mask as an Asian-American woman.

“I’ve experienced neighbors and people in my community using racial slurs and threatening physical violence,” she told Insider. “Wearing a mask makes me less nervous about someone spitting in my face, which did happen to me while living in California after the SARS epidemic.”

Spingarn is set to receive her second vaccine dose on Monday. Her university announced this week that by June, it will no longer require fully vaccinated students, faculty, or staff to wear masks indoors. But Spingarn said she plans to continue wearing a mask in the classroom, no matter what her peers do.

“You never know who’s in the room,” she said. “When you talk about COVID or you’re making a decision about wearing a mask, you have no idea how that’s hit the person next to you.” 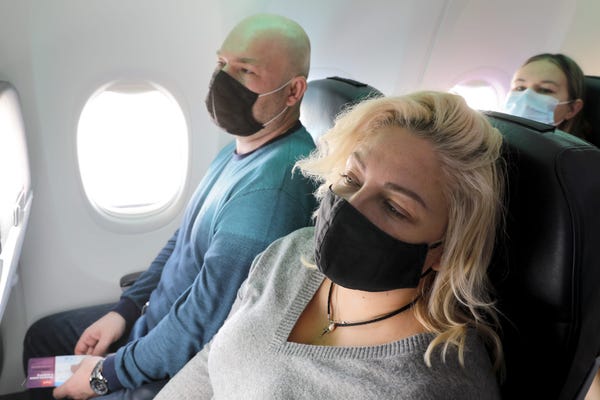 Like many people in the US, Tatyannah King knew several people who died of COVID-19.

“The pandemic made me hyper-aware of mortality in a way that I didn’t think twice about beforehand,” King, a 25-year-old graduate student at Widener University, told Insider. “There are people I knew who have died not too long after contracting COVID, and yet they were around the same age as I am and just as physically healthy as I am.”

Even now that she’s vaccinated, King is struggling to let her guard down.

“At first I was thinking, ‘OK, we’re finally starting to experience the end of this pandemic,'” she said. “But then when I see that people are still dying from it, even recently, it’s a really tough pill to swallow.”

Plus, King added, she’s gotten used to some of the benefits of mask-wearing — like not having to worry as much if people cough or sneeze next to her on airplanes.

“When the temperature checks and mask mandates went into place at the airport, I never saw a sick person on any of my flights,” she said.

She also plans to wear a mask at conferences in the future.

“At nearly every business conference I’ve been to, at least one person would already be sick and then somehow spread their cold to multiple people by the end of the conference,” King said. “It’s so common that it’s almost a running joke at some conferences, like, ‘Hey, don’t forget to stock up on your Vitamin C or you’re definitely going to get the flu.'”

A 2013 study found that masks can reduce the number of viral influenza particles that people shed. Research has also shown that surgical masks reduce transmission of other human coronaviruses. Though the flu and cold are milder than COVID-19, King said, she’d happily wear a mask to avoid them.

“When I’m on flights from now on, until the day I die, I will be wearing a mask,” King said, adding, “even if I look silly, I don’t care — I just don’t want to get sick.”