Home » Will the Next Space-Weather Season Be Stormy or Fair?

The big news about the sun is that there is no big news. We are blessed, astronomers like to say, to be living next to a “boring star.”

But the inhabitants (if there are any) of the planets orbiting the neighboring star Proxima Centauri, only 4.2 light-years away, are less fortunate. In April astronomers announced that a massive flare had erupted from its surface in 2019. For seven seconds, as a battery of telescopes on Earth and in space watched, the little star had increased its output of ultraviolet radiation 14,000-fold, in one of the most violent such flares ever seen in our galaxy.

This was more than serious sunburn territory. “A human being on this planet would have a bad time,” said Meredith MacGregor, an astronomy professor at the University of Colorado who led the worldwide observing effort.

Space weather on this scale could sterilize potentially habitable planets, and could augur bad news for the search for life beyond this solar system. Even mild space weather can be disruptive to creatures already evolved and settled; sunspots and solar storms, which wax and wane in an 11-year cycle, spray energy that can endanger spacecraft, astronauts and communication systems.

A new cycle of storms will begin any day now, and astrophysicists are divided on how active or threatening it will be. The sun may be about to set records for sunspot numbers and violent storms, or it may be sliding into a decline like the Maunder Minimum, from 1645 to 1715, when hardly any sunspots appeared — a period that became known in Europe as the Little Ice Age. 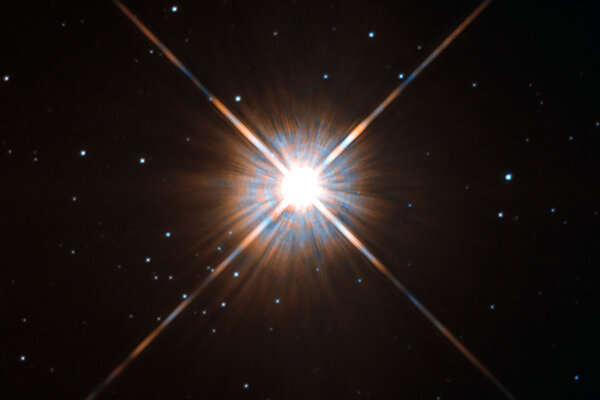 “We live in the atmosphere of a star,” as Scott McIntosh, a solar physicist at the National Center for Atmospheric Research in Boulder, Colo., often says. “As a civilization we take our star for granted.”

Here, 93 million miles from the nearest star — the one we call our sun — we exist and mostly thrive on the edge of almost incomprehensible violence and complexity.

The sun is a medium-size star, a ball of blazing-hot ionized gas one million miles in diameter. Its large inside rotates faster than its outside, and the outer layers rotate faster at the equator than at the poles. The result is a snarled nest of magnetic fields, which manifest as sunspots and worse when they break the surface.

Every second, thermonuclear reactions in the center of the sun burn 600 million tons of hydrogen into 596 million tons of helium. The missing four million tons, turned into pure energy, constitute the mortgage payment for all the life on Earth and perhaps elsewhere in the solar system. As the energy emerges from the sun, it rises through successively cooler and less dense layers of gas and finally, 100,000 years later, from the photosphere, or surface, where the temperature is a mere 5,700 degrees Fahrenheit.

The sun is amazingly consistent in making these mortgage payments. A few years ago an experiment in Italy confirmed that our star does not seem to have changed its energy output in at least the last 100,000 years, the time it takes that energy to migrate from the sun’s core. The researchers were able to calculate how much energy the sun produces in real time, by measuring subatomic particles called neutrinos that are produced by nuclear reactions inside the sun, escape in seconds and reach Earth in just eight minutes. This energy, they found, matched the output that was generated 100,000 years ago and is only now detectable.

The action doesn’t stop at the sun’s surface. That friendly yellow photosphere boils like oatmeal and is pocked with dark magnetic storms (the infamous sunspots) that crackle, whirl and lash space with showers of electrical particles and radiation. The corona, composed of thin, superhot streamers of electrified gas, and visible only during solar eclipses, extends millions of miles from the glowing surface.

Things sometimes go wrong, although so far on a scale far below the outbursts seen on Proxima Centauri. As the magnetic fields generated by all that swirling, electrified gas emerge on the sun’s surface, they become twisted and tangled. Eventually they snap and reconnect in loops, releasing enormous amounts of radiation and charged particles — an explosive solar flare that can be more powerful than millions of hydrogen bombs.

Sometimes these flares blow whole chunks of the sun’s outer layers into space, in events called coronal mass ejections. The mother of all known solar storms thus far occurred on Sept. 1, 1859, when a blob of sun slammed into Earth. Sparks flew from telegraph systems in Europe and North America, causing fires. The auroras that night stretched as far south as Hawaii and Cuba and were so bright that people could read their newspapers by their light.

In 2012 another a coronal mass ejection barely missed Earth. An earlier study by the National Academy of Sciences concluded that a direct hit by such a storm could cause some $2 trillion in damage, shutting down the power grid and rendering satellites at least temporarily blind. Forget about trying to use the internet or your local A.T.M.; many people wouldn’t even be able to flush their toilets without the electricity to run water pumps, the report noted. “I think as a civilization we become screwed,” Dr. McIntosh said.

Cloudy with a chance of sunspots

Such storms are more likely to occur during the high points of the sun’s mysterious 11-year cycle of sunspot activity.

Lately, the sunspot cycles have been getting weaker. During the last cycle, 101 spots were observed on the sun in 2014, the year of peak activity; that was well below the historical average of 160 to 240.

Last year, a committee of scientists from NASA and the National Oceanic and Atmospheric Administration forecast that the coming cycle would be similarly anemic, with a peak in 2025 of about 115 sunspots.

But Dr. McIntosh and his colleagues have produced a radically different forecast, of more than 200 sunspots at its peak. The 11-year sunspot cycle, they say, based on an analysis of 140 years of solar measurements, belies a more fundamental 22-year Hale cycle, named after its discoverer, George Ellery Hale. During that period the sun’s magnetic field reverses its polarity, then switches back.

Each cycle ends or begins when two bands of magnetism, migrating from opposite, high latitudes of the sun, meet at the equator and annihilate each other. On average each phase of the cycle takes 11 years, but it can vary.

Dr. McIntosh and his team found that the longer a cycle went on, the weaker the next cycle would be, and vice versa. The current cycle, the 24th since record-keeping started, shows every sign of ending after a little more than 10 years — shorter than average, which means the next cycle should be strong.

“Sunspot Cycle 25 could have a magnitude that rivals the top few since records began,” Dr. McIntosh said in late April. On Thursday, he and his team were still waiting for “ignition” to begin. “It is very, very close,” he wrote in an email. “We are watching very closely.”

The elephant and the stars 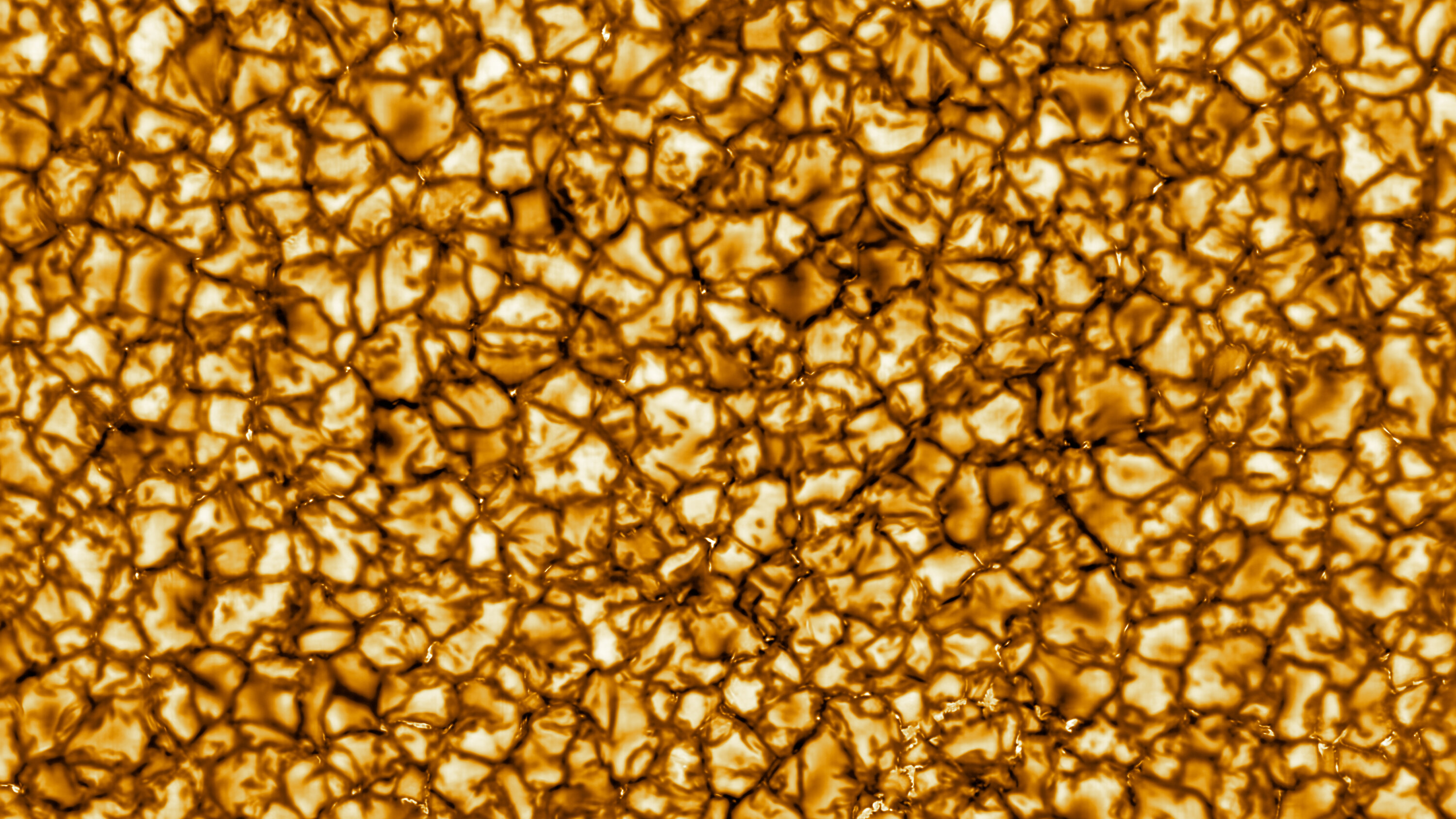 At stake, besides the health of our planetary infrastructure, is the pride that astronomers take in feeling that they understand the complicated and violent processes going on behind the sun’s relatively calm face.

“I think the problem with the sun is that we’re too close to it, and so there’s too much data about the sun,” Dr. McIntosh said. He called it a breaker of models: “Your models are going to fail eventually. It’s part of the reason why it’s so hard to forecast the weather, right? Because our observations are so detailed, but you know it’s hard to get it absolutely right.”

Tony Phillips, an astronomer who runs the website Spaceweather.com, agreed in an email. “In my experience, when people really understand something, they can explain it simply,” he said. “It is striking to me that almost no one in the solar-cycle prediction business can explain their favorite dynamo model in a way that lay people can ‘get it.’”

The situation reminded him of the proverbial blind men who try to produce a Theory of Elephants, with one of them focused solely on feeling the animal’s trunk.

“Scott and Bob are standing off to the side shouting, ‘Hey, you guys are ignoring most of the elephant,’” he said. “In other words, there’s more to the solar cycle than is commonly assumed by conventional models. And so, according to Scott, they are doomed to get the big picture wrong.”

Jay Pasachoff, an astronomer at Williams College who has spent his life observing the corona during solar eclipses, said he did not put much store in such forecasts. In an email, he recounted a meeting during the last cycle that had “an amusing set of talks.”

Potential hazards aside, understanding how the sunspot cycle actually works is crucial “from a purely human standpoint, if you want to understand stars,” Dr. McIntosh said. “And if you think about it, Earth’s magnetic field is largely why we probably have life on Earth.”

Indeed, astrophysicists suspect that such a fate befell Mars, which was once warmer and wetter than it is now.

Proxima Centauri, a small star known as an M dwarf, harbors at least two exoplanets, one of which is Earth-size and close enough to the star to be habitable if it weren’t bathed in radiation. Dr. MacGregor offered one glimmer of hope for life in such neighborhoods.

“Recent work has shown that ultraviolet light might be very important for catalyzing life — turning complex molecules into amino acids and ultimately into single-celled organisms,” she said. “Since M dwarfs are so small and cold, they don’t actually produce that much UV radiation, except when they flare. Perhaps there is a sweet spot where a star flares enough to spark life but not so much that it immediately destroys it!”