Women with grey hair are seen as less COMPETENT: Ladies who ‘risk’ allowing their natural greys to show can be shamed for their decision, study warns

Women who let their hair go grey naturally are viewed as more incompetent than women who dye their hair, researchers have found.

A survey of 80 members of Facebook groups where women embrace their grey hair revealed a ‘conflict’ between the authentic aesthetic and being seen as competent.

The women making the transition say people, including family and friends, often shamed them and accused them of ‘letting themselves go’.

But the women also received support and a sense of sisterhood from the Facebook groups.

Researchers say the study exposes the ‘impossible’ beauty standards women are held to, which only become more unattainable with age. 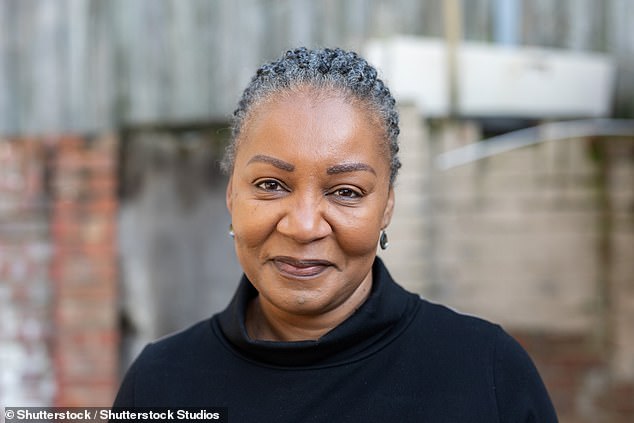 Older women who let their hair go grey naturally are viewed as more incompetent than women who dye their hair, researchers have found (stock)

‘We are all constrained by society’s norms and expectations when it comes to appearance, but expectations are more rigorous for women – especially older women,’ said lead author and PhD candidate Vanessa Cecil of the University of Exeter.

‘The “old woman” is an undesirable character in Western societies, being seen as incompetent or unpleasant – if she is seen at all.

‘In our study, we wanted to understand why some women choose natural grey hair.

‘In the face of impossible standards to be natural and remain youthful forever, these women are doing what they can to retain status.

‘Although many reported negative consequences such as being ignored or treated as less competent, they also felt happier to be ‘flying my natural flag’.

‘We also found that women chose to compensate for going grey by using other beauty practices – so embracing grey isn’t the same as embracing looking old.

‘Grey-haired and youthfully glamorous is one thing, but in Western societies it’s still not OK to look old.’

Women wanting to embrace their grey hair say the change was made easier when supported by their loved ones.

Ms Cecil says that many women have been accepting their silver locks for a while, but the Covidid-19 pandemic has given extra momentum to the movement.

The study is published in the Journal of Women & Aging.

People without hair are seen as unattractive, dirty, contagious and unintelligent by the general public, a shocking study has found.

Researchers in America surveyed more than 2,000 people about how they felt about alopecia –  the medical term for hair loss.

Their findings suggest that as many as one in six people would be uncomfortable having physical contact with someone with alopecia.

Data also revealed 6.2 per cent of people would not be comfortable hiring someone with alopecia for a job.