ANT McPartlin enjoyed a night at the pub with fiancee Anne-Marie – sticking to soft drinks after his 2018 driving ban.

Ant lost his licence for 15 months after crashing into a family’s car causing a child to require medical attention. 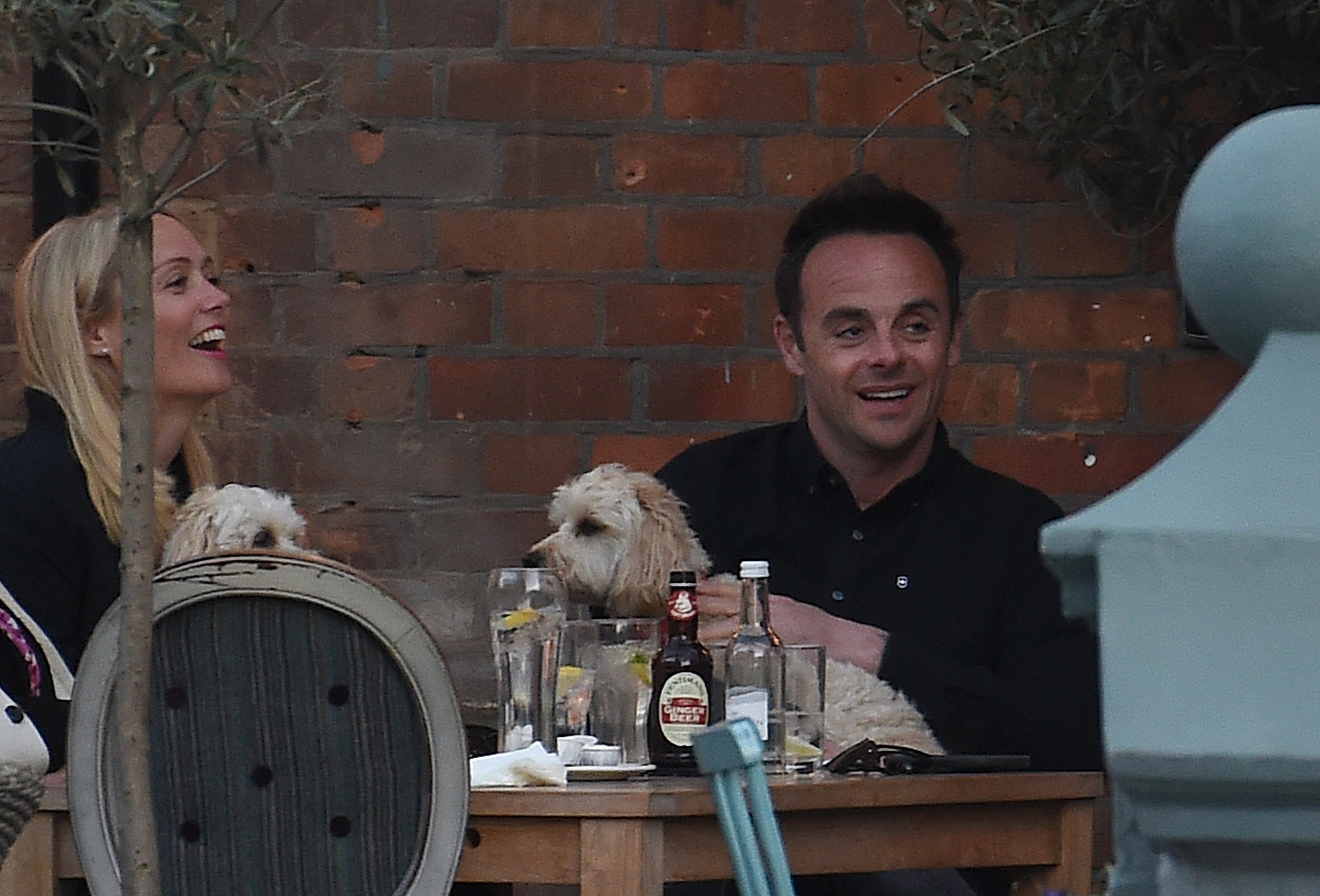 He was also fined £86,000 after admitting being more than twice the drink-drive limit when he crashed in Richmond, South West London.

But the TV star may well have been on driving duties last night as he quit booze following the accident.

He was spotted sipping on a bottle of ginger beer at the pub with his Maltipoo pups Milo and Bumble sitting in his lap.

At one point his "rock" Anne-Marie – who supported him after his stint in rehab following the crash – made him laugh as the group enjoyed the sunshine outdoors. 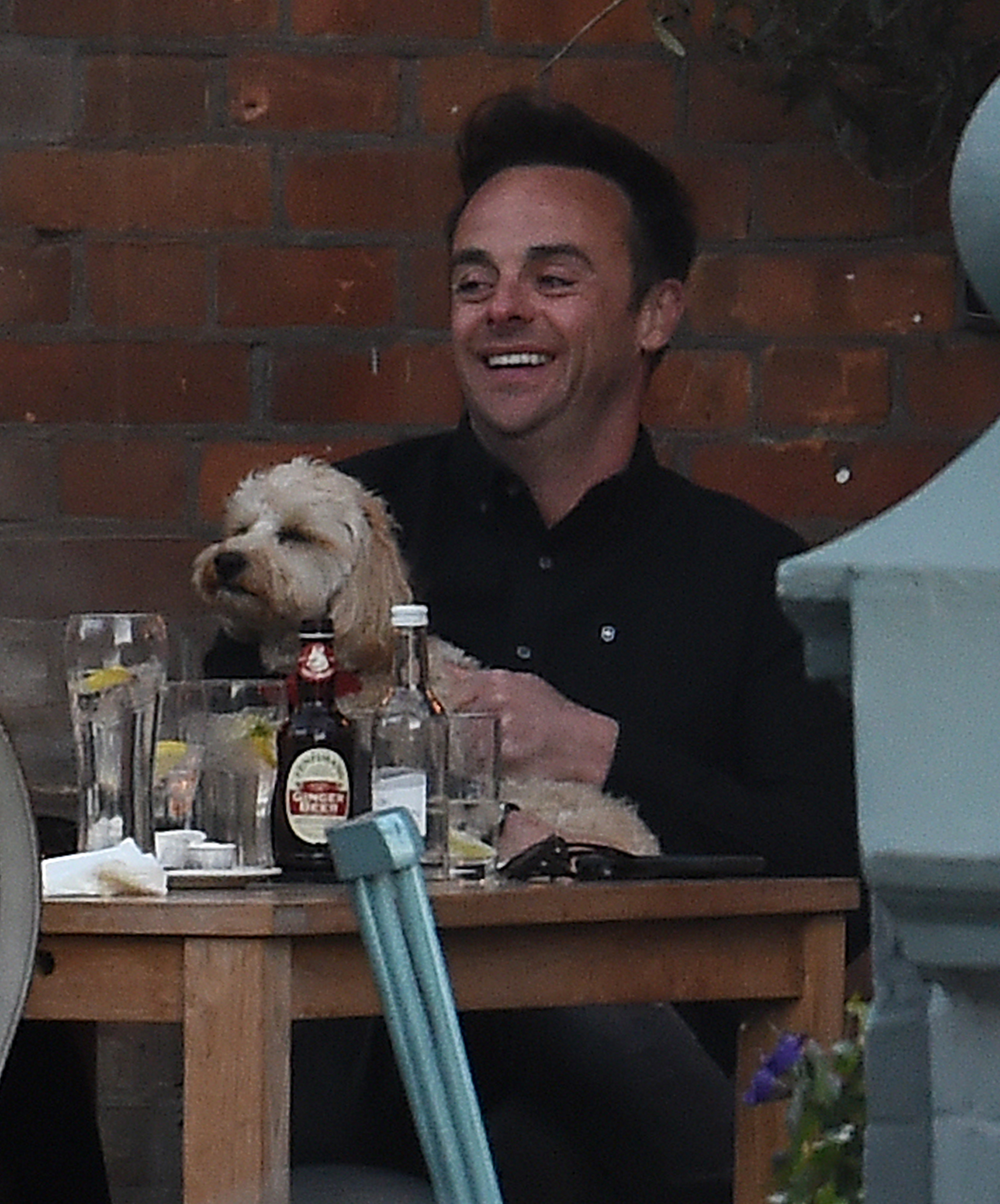 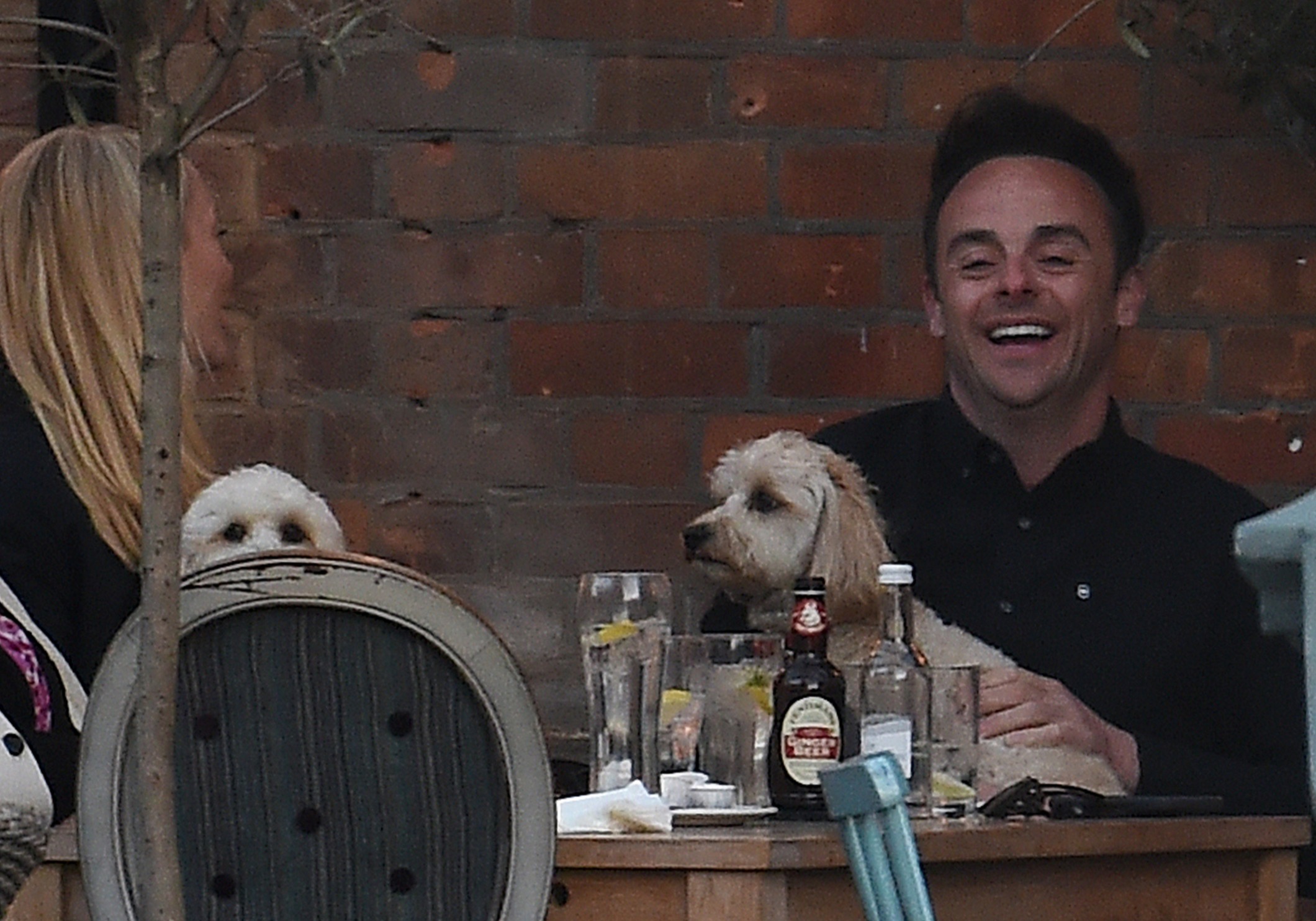 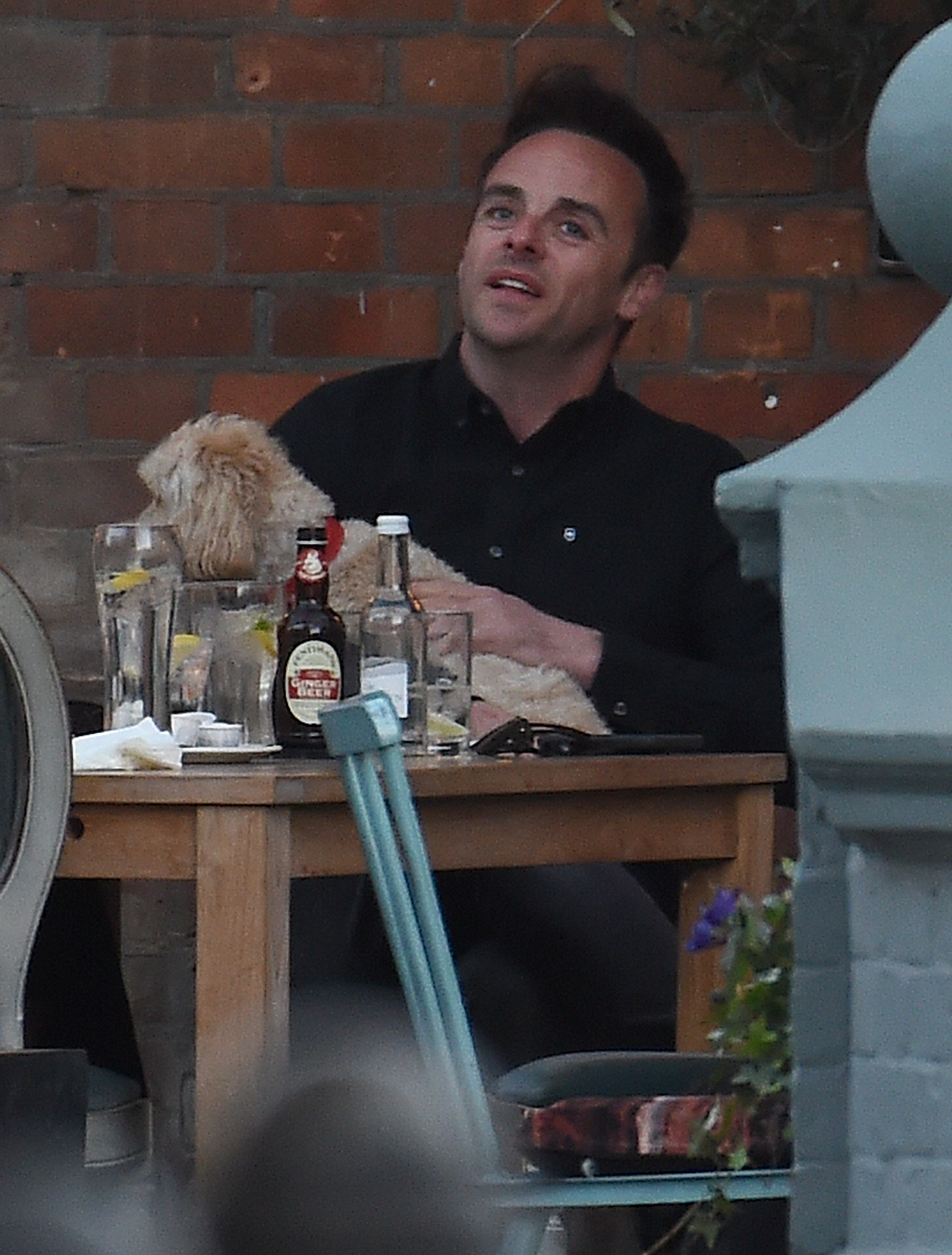 And the couple – who are engaged to be married – couldn't have looked happier.

Ant dressed in a black shirt and blue jeans with glam Anne-Marie wearing a dark jacket.

She styled her blonde hair poker straight and had on a slick of red lipstick for the outing.

The Geordie TV presenter asked Anne-Marie, 43, to marry him on Christmas Eve.

It came two years after his split from his wife of 11 years, Strictly Come Dancing make up artist Lisa Armstrong, 44. 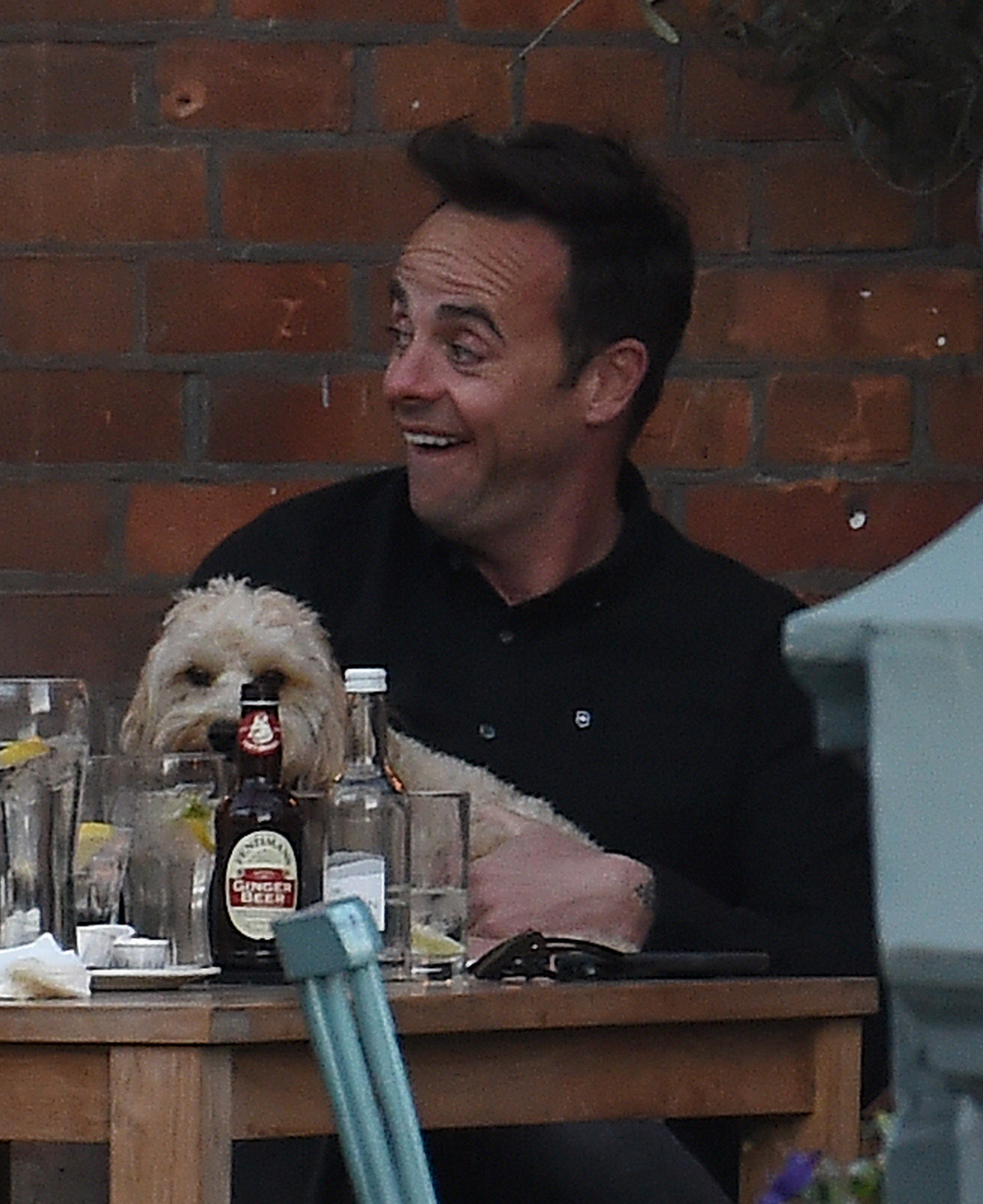 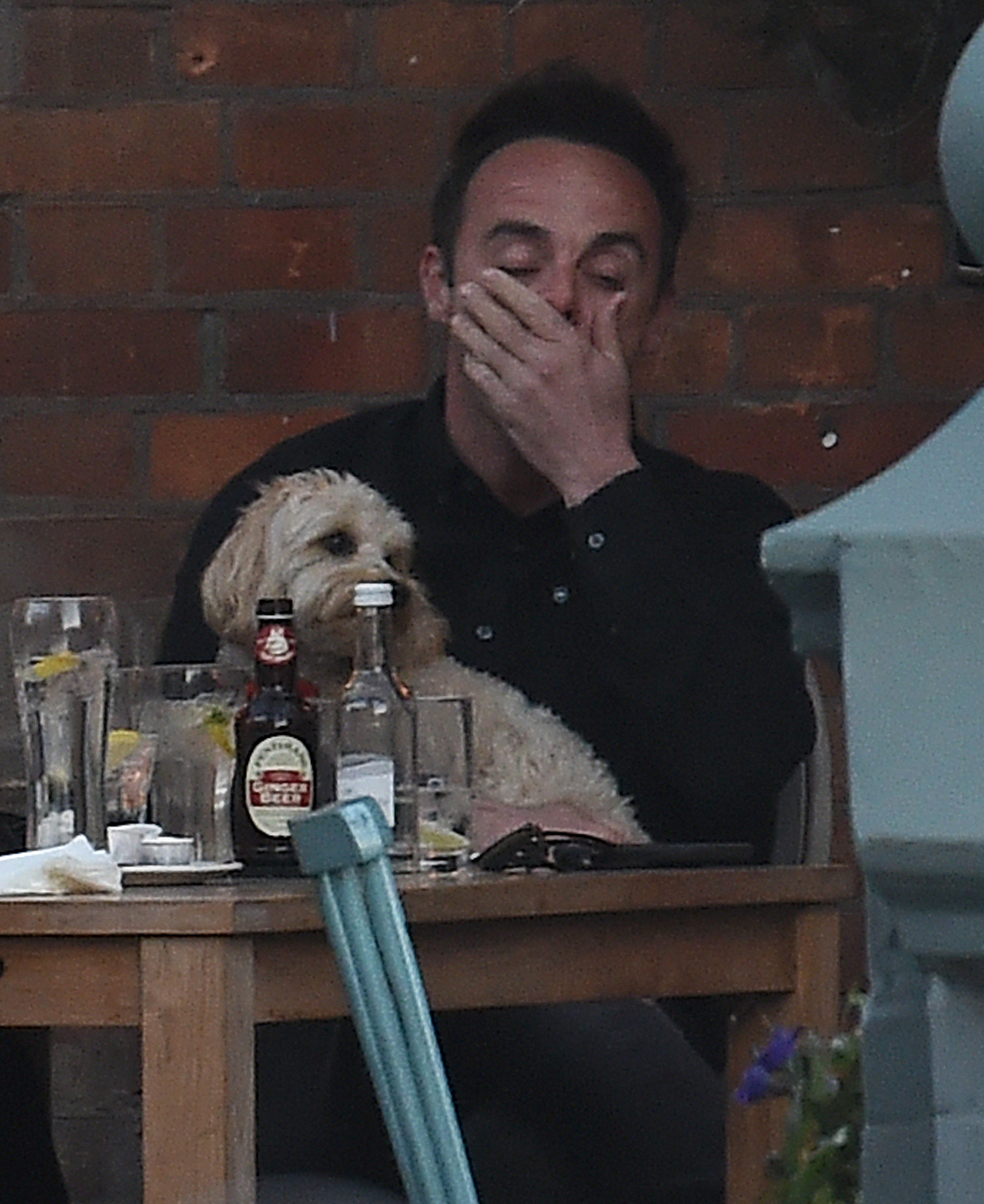 Ant said of the proposal: “It was a lovely way to end the year. “I’m a romantic at heart. You know, there were flowers, and afternoon tea in front of the Christmas tree. Lovely. It was lovely.”

Ant also said he would consider having his best pal Declan Donnelly as his best man but admitted they had not started planning the wedding.

He said: “He was very good last time. He has been my best man. I’ve been his best man.

“But I suppose it depends on what kind of wedding we have. There’s been no plans.”

In a joint interview with Digital Spy Magazine, Dec added: “I think it’s between me and the dog!”

The Sun exclusively revealed the pair were engaged on January 2 after they first started dating in April 2018.

Anne-Marie – who has two teenage daughters from a previous marriage – was said to be Ant’s “rock” as he went to rehab after being convicted of drink-driving.

In April last year Ant and Lisa finally reached a divorce deal, including a custody agreement over their beloved Labrador Hurley.