As The World Turns was a popular soap opera that delighted fans for more than 50 years. Airing on CBS, it was part of what was considered the “height” of soap’s popularity. Today, however, The Talk airs in its former time slot. So, what happened to the show? Why was it canceled? And where is the cast today?

What was ‘As The World Turns’ about?

As The World Turns was the first soap opera to be 30 minutes in length. Prior to its airing, all serial shows (as they were then known) were only 15 minutes in length. It was the dawn of television when the show premiered on April 2, 1956. Though it took some time for the show to gain some steam, it was a Nielsen top-rated show by the fall of 1958. Beginning in 1959, it had a streak of success that ran until 1971. The show switched to color in 1967, and expanded to one hour in 1975. 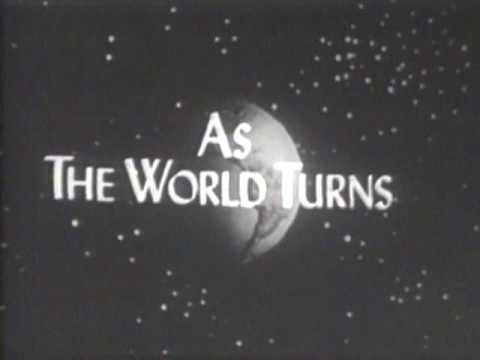 As The World Turns was created by Irna Phillips, and centered around the Hughes family who lived in the fictional town of Oakdale, IL. The show “moved at the pace of life itself,” according to The Los Angeles Times, and had a reputation for being a conservative soap thanks in no small part to the content requirements of Proctor & Gamble, one of the show’s biggest sponsors.

“Immoral” storylines that featured unpunished adultery were frowned upon, no female character got an abortion prior to the 1980s, and there was only one gay male character in the show’s 50-plus year history.

Why was the show canceled?

Soaps.com reports that As The World Turns got canceled on December 8, 2009. The last episode of the show was taped on June 23, 2010, and aired on September 17, 2010. While CBS was waiting for a new show to fill its time slot, re-runs of shows like The Price is Right and Let’s Make a Deal took their place. Ultimately, The Talk began airing in its time slot on October 18, 2010, where it remains to this day.

Where is the cast today?

In April 2020, an As The World Turns reunion took place. It featured the likes of veteran soap actors Maura West (who can now be seen as Ava on General Hospital) and Martha Byrne. Michael Park, who played Jack Snyder, made the announcement on Twitter, which you can see below.

But with a veritable who’s who of rotating cast members including Julianne Moore, Ms. Lauryn Hills, Jason Biggs, Jordana Brewster, and James Earl Jones, it’s safe to say that everyone in Hollywood probably has about six degrees of separation with As The World Turns.