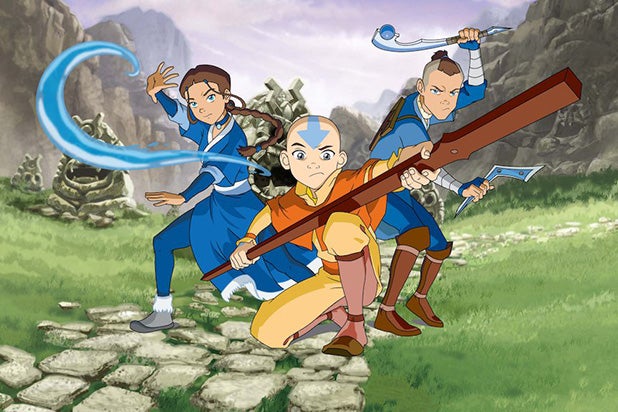 Michael DiMartino and Bryan Konietzko, the creators behind Nickelodeon’s beloved “Avatar: The Last Airbender,” are returning to the company to launch Avatar Studios, a new division that will produce animated projects within the franchise.

The studio’s first project will be a film set within the world of “Avatar: The Last Airbender” and sequel series “Legend of Korra,” Nickelodeon boss Brian Robbins said Wednesday at ViacomCBS’ investor day.

DiMartino and Konietzko will serve as co-chief creative officers at Avatar Studios, reporting to Nick Animation president Ramsey Naito. The division will produce projects for the newly rebranded Paramount+ streaming service and Nick’s own platforms, as well as for third parties and theatrical release.

“Avatar: The Last Airbender” ran for three seasons on Nick from 2005 to 2008, and is one of the network’s most lauded series among both kids and adult audiences. The series later spawned a sequel, “The Legend of Korra,” which ran for four seasons starting in 2012, in addition to comic book titles and graphic novels.

“‘Avatar: The Last Airbender’ and ‘Korra’ have grown at least tenfold in popularity since their original hit runs on Nickelodeon, and Ramsey Naito and I are incredibly excited to have Mike and Bryan’s genius talent on board to helm a studio devoted to expanding their characters and world into new content and formats for fans everywhere,” Robbins said in a statement. “Creator-driven stories and characters have long been the hallmarks of Nickelodeon, and Avatar Studios is a way to give Mike and Bryan the resources and runway to open up their imaginations even more and dive deeper into the action and mythology of ‘Avatar’ as we simultaneously expand upon that world and the world of content available on Paramount+ and Nickelodeon.”

DiMartino and Konietzko were originally attached to a live-action adaptation of “Avatar: The Last Airbender” at Netflix, but exited the project last June, citing creative differences. “I realized I couldn’t control the creative direction of the series, but I could control how I responded. So, I chose to leave the project,” DiMartino said at the time.

That project remains in production at Netflix, with Dan Lin continuing as executive producer via his production company Rideback.